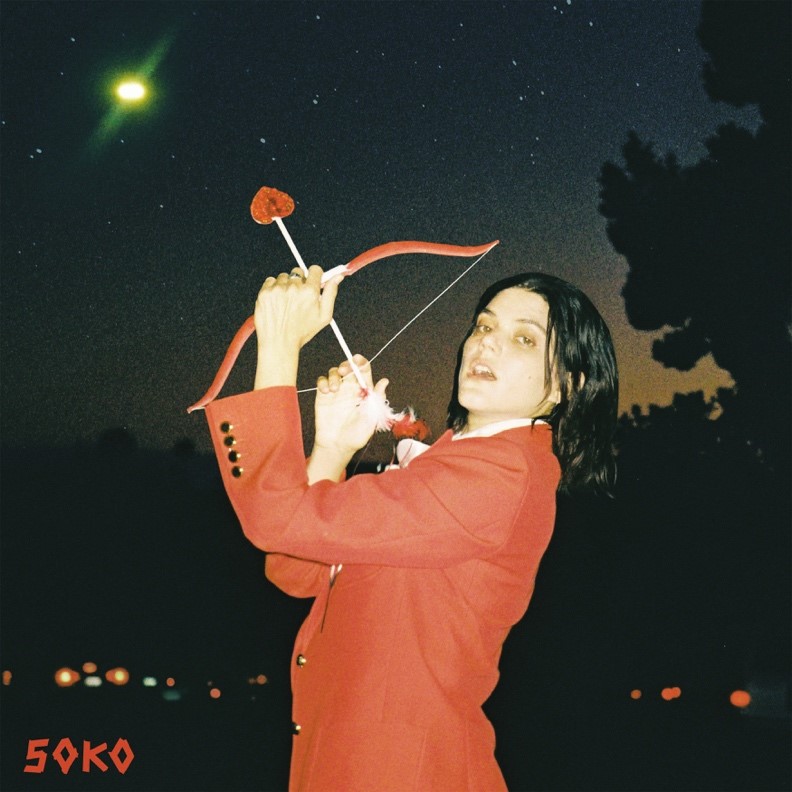 It’s been five years since Soko’s last album, My Dreams Dictate My Reality, a release that traded the fragile qualities of her revelatory 2012 debut I Thought I Was an Alien for a more defiant, post-punk attitude and conventional verse-chorus-verse structures. “My first album was from the perspective of being a victim of all my emotions, and this second album is like, ‘I want to take control!’,” she said in an interview back in 2015. For her third studio album, the French singer-songwriter and actress – real name Stéphanie Sokolinski – once again started off with a clean slate. She began working on the album right after a week-long workshop at the Hoffman Institute, where she underwent a process known as ‘psychological deconditioning’, which focuses on removing all distractions, from drugs to exercise, in order to live only with your thoughts.

The result is sort of a return to form for Soko, as the aptly titled Feel Feelings sees her reverting back to the free-flowing vibe and trademark vulnerability of her debut. But despite teeming with the same kind of emotional honesty and spare, dreamy arrangements, her latest finds her less a “victim” to her own emotions than a keen observer of them, displaying a newfound sense of clarity and self-awareness that renders it her most emotionally direct and cathartic effort yet. Compared to the take-back-control narrative of My Dreams Dictate My Reality, Feel Feelings is less nervy and tense, seeking a deeper sense of comfort within her own self.

But drawing from the lessons Soko learned at the Hoffman Institute, the LP is more interested in simply understanding her own emotional state than it is in any kind of resolution, which has the effect of sharpening the raw, confessional nature of her songwriting. “All the needless suffering I put up on myself/ I am responsible for it,” she admits on ‘Being Sad is Not a Crime’, “I can’t live up to the fantasy/ That you made up of part of me.” The melody of the track and Soko’s throaty delivery are reminiscent of her debut, but the rough intimacy of the recording has been replaced by a more polished, carefree instrumental indicating a shift in tone. The theme of recognizing her illusory perception of a past relationship resurfaces on the evocative ‘Now What?’, where she sings: “You were a dream, I made you up/ None of that’s real, none of it’s real”.

Elsewhere, she opens up about depression without looking for any specific answers, and it feels like listening to the confessions of a close friend. On highlight ‘Replaceable Heads’, she describes how her messy state of mind prevents her from letting anyone close, then asks a painfully real question: “I have never been anyone’s favorite person/ Have you? How does it feel?”. It might appear strange that this is followed by the lines “I get addicted to skin and smell/ But I know it’s just cheap lust”, but it makes sense when you consider that Soko committed to 18 months of celibacy while making the album following her time at the Hoffman Institute. As a result, desire becomes another recurring theme on the album, serving as a sort of escape from the traumas explored throughout, like on the ethereal ‘Looking for Love’ or the wonderful celebration of queerness on ‘Oh, to Be a Rainbow’. But it comes trough most powerfully on the melodic ‘Let Me Adore You’, where she lays everything bare: “Nude/ Is how I like you best/ Undress/ Undress.”

It’s worth noting that the defiance that characterized her previous outing – the kind that also made ‘Treat Your Woman Right’ such a potent highlight from I Thought I Was an Alien – is not entirely gone on Feel Feelings. She takes on misogyny on the biting ‘Don’t Tell Me to Smile’, which features an entrancing vocal melody and one of Soko’s most expressive performances, while on ‘Quiet Storm’, she tackles the subject of domestic abuse, calmly asking for the other person to “make amends before my very eyes.” The artist is at her best when she pulls off that complicated mix of strength and vulnerability, which makes Feel Feelings as emotionally revealing as her debut, and in some ways even more rewarding. It’s a flawed album – a few tracks could have been cut off to make for a more cohesive listening experience – but it marks a unique point in Soko’s artistic progression, raising the stakes for whatever comes next. Let’s just hope it doesn’t take another five years.