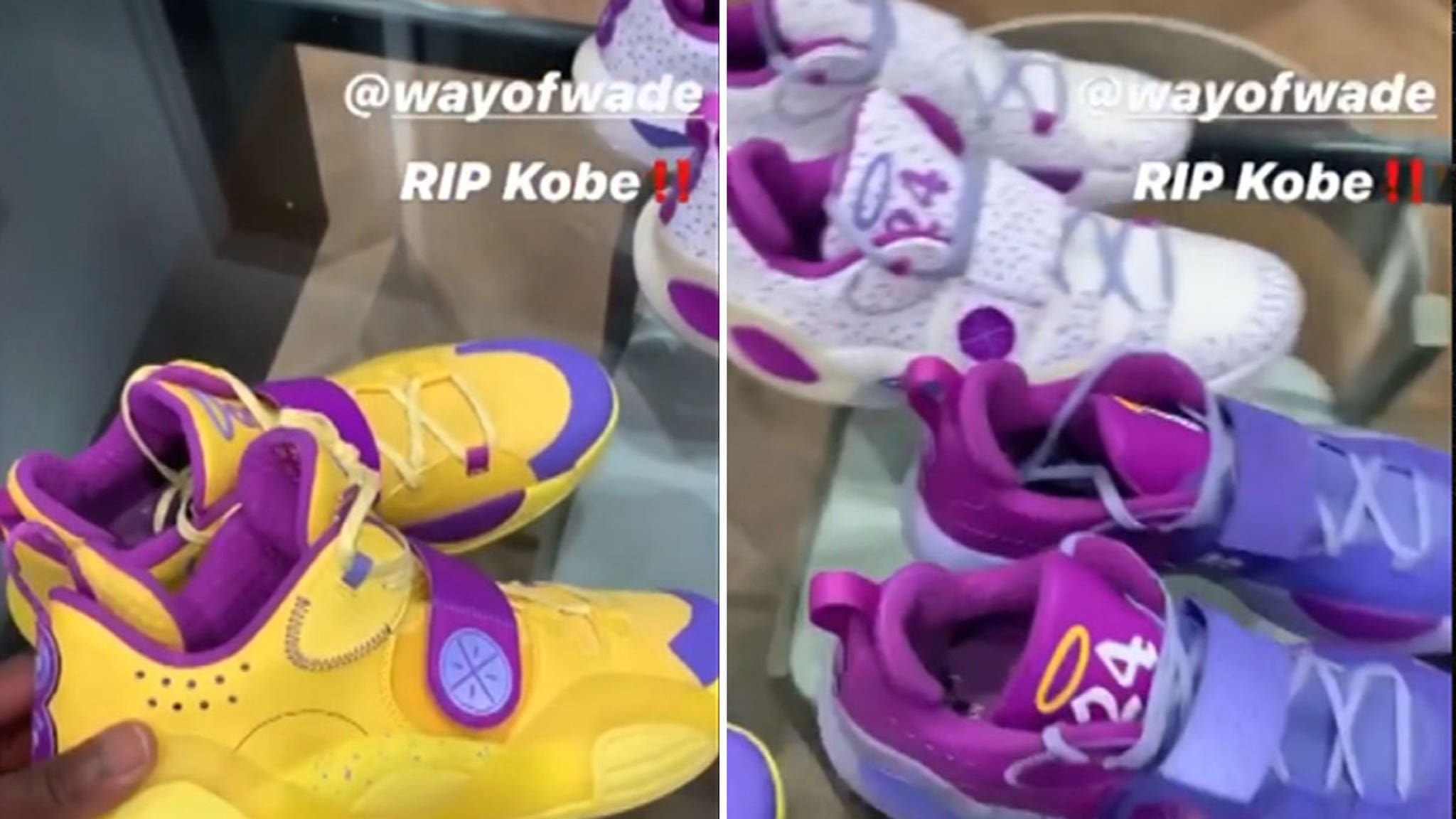 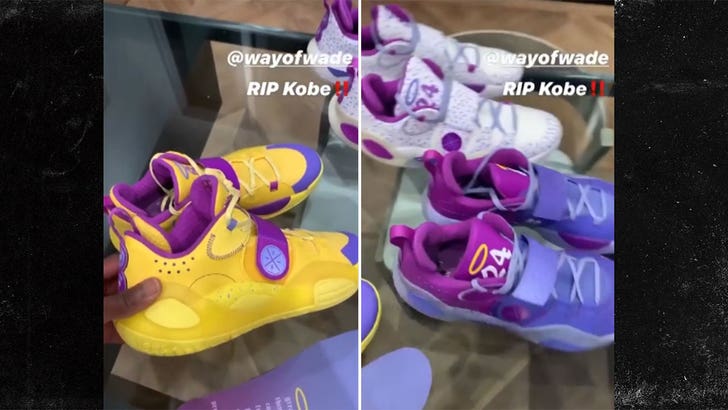 Dwyane Wade is honoring Kobe Bryant with his latest sneaker colorway … paying homage to the late Lakers legend with a touching tribute.

Wade and the Black Mamba were great friends during their time in the NBA … and were teammates when Team USA won the gold medal in the 2008 Olympics.

Wade showed off a sneak peek of his unreleased Way Of Wade kicks over the weekend … which are decked out in Lakers colors and feature Kobe’s numbers on the tongues.

The inner soles also share one of Kobe’s most famous quotes — “Great things come from hard work and perseverance. No excuses.”

Kobe died in a tragic helicopter crash in Calabasas on January 26. He was 41 years old.

Wade — who has a shoe deal with Li-Ning — is known for making a statement with his kicks … and even worked with his daughter, Zaya, to come up with a Pride design in her honor.

No word on when/if the Kobe shoes will drop … but fans are gonna want these.