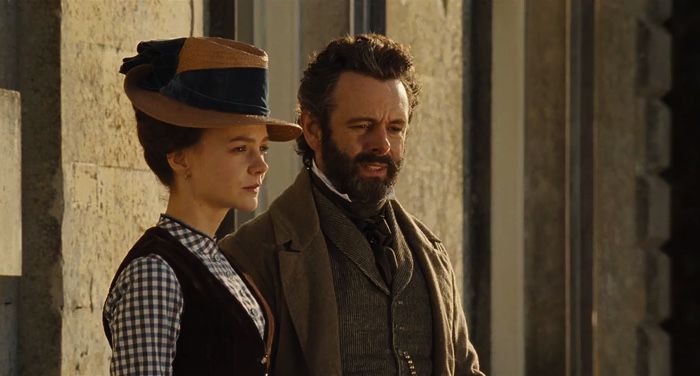 Thomas Hardy’s novels critique Victorian England, especially its hypocrisy, classism, sexism, and sexual violence. In her 2017 LitHub essay, Rachel Vorona Cote wrote that Hardy’s character Angel Clare from Tess of the D’Urbervilles exemplifies a type of “fraudulent nice guy” still common today. Similarly, William Boldwood from Hardy’s novel Far from the Madding Crowd is the 19th century version of an incel. Incels, short for “involuntary celibates,” identify as wanting sexual or romantic partners and blame women in general for their lack of success in dating.

Incels are often white, cis het men who feel entitled to sexual relationships with  women, blame women for all their problems, or become violent if rejected. They can become fixated on people with whom they’ve had little or no contact, like celebrities. They can also misinterpret politeness or friendliness as sexual overtures. The protagonist of Far From the Madding Crowd, Bathsheba Everdene, is an independent, wealthy young woman who owns and runs her own farm. After she sends a valentine to neighbor William Boldwood on a whim, he becomes obsessed with her.

Bathsheba has no romantic interest in Boldwood and sends the valentine as a misguided joke. In real life, incels and stalkers often pick their targets based on even less contact. Bathsheba eventually regrets the valentine as a cruel mistake that ruins her life. Bathsheba “had been awe-struck at her past temerity, and was struggling to make amends without thinking whether the sin quite deserved the penalty she was schooling herself to pay.” In other words, she’s considering marrying a man she doesn’t love to make up for hurting his pride.

The novel suggests that Bathsheba doesn’t deserve this “penalty” at all. Boldwood frequently puts words in Bathsheba’s mouth, manipulates her, and refuses to take no for an answer. All of these are red flags for future violence, sexual or otherwise. In Hardy’s society, it was considered inappropriate for women to express sexual desire, even implicitly. This created an expectation for women to seem modest by declining proposals. It left ambiguity around consent for men like Boldwood to assume that “no means yes.”

Boldwood is possessive, believing their marriage is inevitable. He compares himself to Jacob from the Bible, waiting many years to marry Rachel. Like today’s incels and pick-up artists, he feels entitled. He believes that if he invests a certain amount of time, he’ll win Bathsheba or at least wear her down. He views Bathsheba more as a goal or object than as a friend with her own will. He seems to pity himself and hope Bathsheba will also pity him. In the book and movie, we see he ordered lots of expensive women’s clothing labelled “Bathsheba Boldwood.”

Incels often consider themselves oppressed, but primarily, their behavior and identification with a toxic ideology repels people—factors within their control. Boldwood, a handsome, 40-year-old gentleman farmer, is a highly eligible bachelor. He has never been engaged or married but easily could be if he chose. He says that he never would have thought of Bathsheba unless she’d sent the valentine. Blaming another person for all his problems shows a lack of self-reflection. In the excellent 2015 movie adaptation, Michael Sheen’s performance makes Boldwood seem more endearing and less threatening than he does in the novel.

Like many 21st century incels, Boldwood resorts to violence when he feels thwarted or rejected. Near the climax of the novel, Bathsheba has married Sergeant Troy, who abandoned her and is presumed dead. At a Christmas party at Boldwood’s, she reluctantly agrees to marry him in six years—if Troy is really dead. All these contingencies show that she doesn’t really want to marry Boldwood. Troy arrives at the party unexpectedly, and Boldwood shoots and kills him. In Boldwood’s mind, he’s protecting Bathsheba, but he may also consider Troy the last obstacle between himself and her.

In real life, several recent, high-profile mass murderers identified as incels and even wrote incel manifestos. They’re also often white supremacists. Of course, Boldwood lacks a larger incel community, but Victorian society enables him to feel entitled to a woman. He’s obsessive, blames a woman for his problems, refuses to take no for an answer, and ultimately violent. All of these are traits he shares with 21st century murderers who called themselves incels.

Bathsheba is a rare Victorian heroine who gets a happy ending. She finally marries Gabriel Oak, a hardworking shepherd/farmer. He’s been her loyal and unselfish friend all along, without ever feeling entitled to her. Bathsheba is fascinating and flawed, but Boldwood’s choices are far more destructive than hers. Hardy’s villains illustrate violent behaviors and ideologies that we’re still trying to name and understand today.

The Best Far From the Madding Crowd Quotes

How Reading Thomas Hardy Led Me to Romance Novels

117 Of The Best Pickup Lines: Our Greatest Smooth, Funny And Flirty Lines for 2022
The New Black Panther: Wakanda Forever Trailer All But Confirms Shuri Is in the Suit
Lizzo Channels Spider-Woman in a Neon and Nude Illusion Catsuit
Babehoven Share Video for New Song ‘Often’
Jackass Star Chris Pontius Tried To Break A Bottle Over Steve-O’s Head, And The Video Of Him Failing Is So Painful