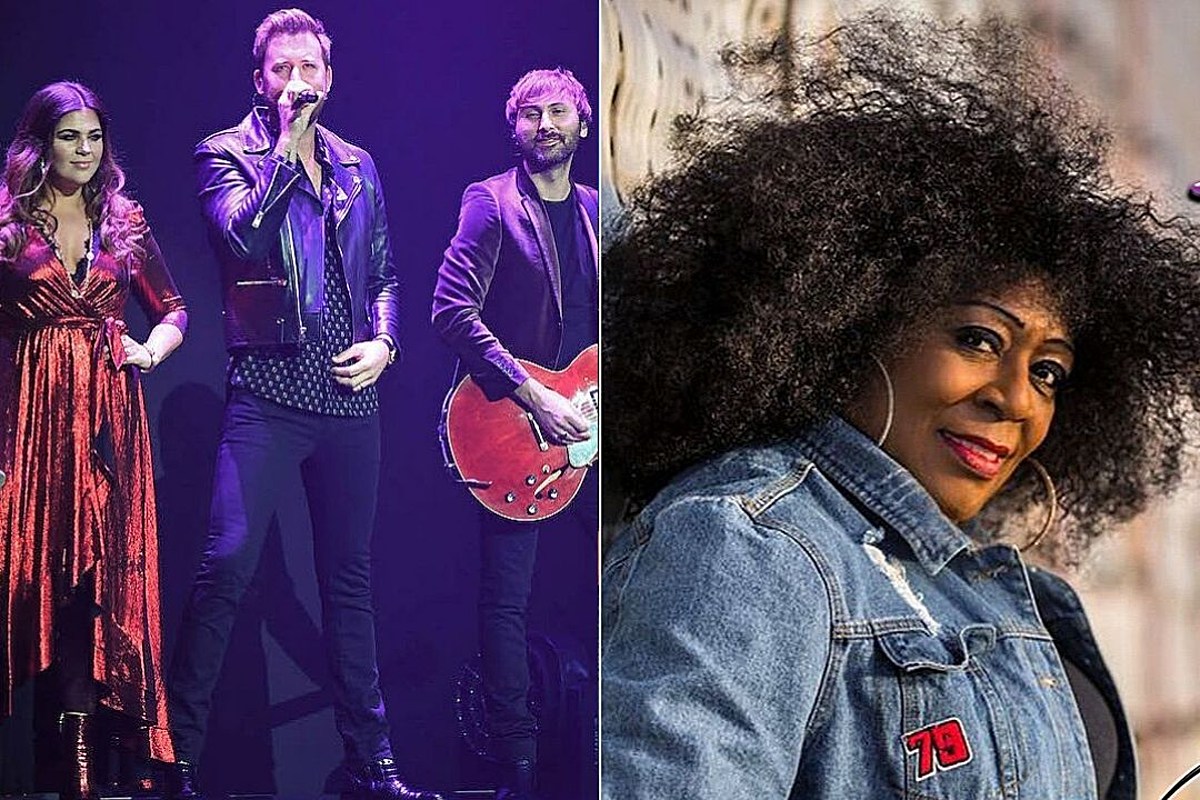 The legal battle between the country trio formerly known as Lady Antebellum and the Black jazz singer named Anita White over the name Lady A — a moniker for which the band has three federal trademark registrations and now wishes to officially use and share with White, who has gone by that name professionally for 20-plus years — is in the eye of a perfect storm regarding the future of race relations in America.

Though Dave Haywood, Charles Kelley and Hillary Scott have a history of doing good and championing important causes, because of the way this event has played out in public, beyond even the figurative walls of the country music community, they’re currently a trio of white men and women perceived as unfairly aggrieving a Black woman. That’s never an acceptable look, but filing a lawsuit over the matter in the United States at this particular time is immediately wrong.

As protests over years of racism, injustice and inequality in America took place throughout the country on the last weekend of May (and, in many areas, have continued in the weeks since), the Black Lives Matter movement’s resurgence added more weight to the negative impact of every racist idea and behavior in American history, and began an immediate reckoning. We now live in a country where, for the first time, Black people can, in the mainstream court of public opinion, be applauded as entirely right, white people can be broadly demonized as wrong, and reparations for those actions are expected to be granted swiftly.

Though Dave Haywood, Charles Kelley and Hillary Scott have a history of doing good and championing important causes, they’re currently a trio of white men and women perceived as unfairly aggrieving a Black woman.

The country music genre, with its cowboys, Okies, hillbillies, outlaws, redneck women and simple Southern men, is the product of Black artists such as DeFord Bailey and Ray Charles, among others; however, country music is also the product of white people, generations of whom took great pleasure in lynching, burning, drowning, hanging and incarcerating Black people for even longer than country music has existed in its commercial form. As a country trio whose original name, and even their take on it, directly conjures the memory of a war fought in part over the enslavement of Black people, Lady A are part of this shameful history.

More than anything else, that fact should have made for an open and shut case. Instead, two sides have advanced past peaceful Zoom calls to official litigation.

Country music’s most recent hot-button issues have concerned broadened rights for the LGBTQ+ community and women, but the genre has failed to ever fully solve for equal rights for Black people, beyond the one or two artists of color who achieve stardom every 20 years or so. That’s why, when racism most recently ran violently rampant on America’s streets, country music was affected more than any other genre.

Because throughout so many years of American history so many explicitly racist acts went unpunished, it’s possible to believe that we implicitly accepted racism to the point that country acts were able to call themselves Lady Antebellum, Confederate Railroad and the Dixie Chicks without sharp public criticism. It was a quiet acknowledgement that America’s racist history could not be changed, nor even particularly demonized. Now, however, the case of Lady A(ntebellum) vs. Anita “Lady A” White allows for racism to finally emerge from its century in country music’s cultural recesses.

There have been various calls for the country trio to change their name for nearly 10 years, if not longer. Moreover, unlike the Chicks, whose original band name was a nod to the song “Dixie Chicken” by the rock band Little Feat, Lady A seemingly did not have a note of regret over the band’s name until recently.

White’s decision to ask for $10 million in exchange for changing her name, meanwhile, does not appear to be a rash or sudden act; in fact, she notes her altruistic motives, explaining that the money was to be divided in half: $5 million would help her rebrand herself, and $5 million would go to charities of her choice, ”including organizations that provide support to other independent Black artists.”

The case of Lady A(ntebellum) vs. Anita ‘Lady A’ White allows for racism to finally emerge from its century in country music’s cultural recesses.

Moreover, it’s essential to consider the difference between “common law” rights and trademarks, as explained by University of New Hampshire professor Alexandra Roberts in a recently published Slate story regarding the case. In using the name Lady A for a decade before the band then known as Lady Antebellum claimed a federal registration of the name in 2011, White had already established a trademark via common law. Via that standard, she is entitled to “not quite all … but a lot of the same” rights as Haywood, Kelley and Scott, the owners of the registered trademark, including the right to sue the registered trademark holder for confusing the consumer marketplace.

“If this conflict gets litigated, it’s really difficult to predict the outcome,” Roberts admits.

The country music community was truly ill-prepared to concern itself with issues of race and Black liberation in the United States. The genre’s overwhelmingly white fanbase and industry gatekeepers have, to this point, only haphazardly supported Black artists; however, as with literally every other industry in the world, the fallout of the last weekend of May has made an immediate, deep and noticeable impact.

Haywood, Kelley and Scott are a country act with 14 years of experience, seven Grammy Awards, 10 million albums sold and 10 No. 1 singles. White is a Black woman who has been singing Black music for 20 years. Of the people involved in this issue, only one person’s claim to the name Lady A likely matters most — and, honestly, that’s a decision that’s not in a judge’s hands, but being answered in yellow paint on streets across America.