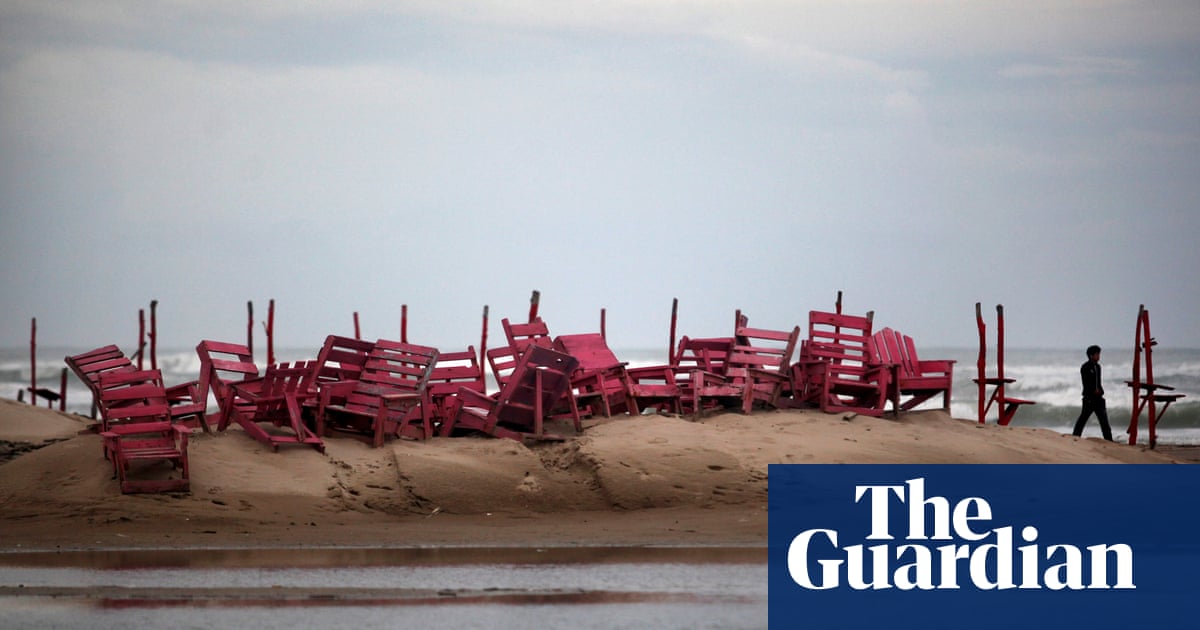 As communities on Mexico’s Gulf coast brace themselves for what is predicted to be a grueling hurricane season, a group of stargazers in the north-eastern state of Tamaulipas are confident that a unique form of disaster preparation will keep their city safe.

Members of the Association of Scientific UFO Research of Tamaulipas, or Aicot, believe that an inter-dimensional underwater base of extraterrestrial origin has protected the coastal cities of Ciudad Madero and Tampico from hurricanes for more than 50 years.

Aicot’s president, Juan Carlos Ramón López Díaz, claims to have visited the base – known as Amupac – via astral projection, which he says he induced through meditation and a pescatarian diet.

“It’s also recommendable to ascend ancestral constructions, like temples and pyramids, that have stairs at a 45-degree angle,” he says. (Hills sloping at such a gradient will also do, if one doesn’t live near pre-Columbian ruins.)

Ciudad Madero suffered four direct landfalls in the 20th century, including Hurricane Inez in 1966 which killed 74 people in Mexico alone.

López and his allies believe that the base was established some time after that.

Explanations of exactly how and why the alien visitors are protecting Ciudad Madero vary, even among fellow investigators. López believes it’s not Amupac itself, but the esoteric power of Aicot members’ belief in the base. “The collective mind is charged with this concept, so it generates a large force field of repulsion,” he said.

There is also talk of magnetic fields and a series of meter-long bars of an aluminum, iron and copper alloy secretly buried in the seafloor near Miramar Beach at the suggestion of the visitors over four decades ago.

Others claim that the aliens are only interested in protecting their base, and Ciudad Madero is just lucky they took a liking to this small corner of the galaxy. This theory fails to explain, however, what threat a terrestrial weather event might pose to a structure with no form in our physical dimension.

Still others simply accept the apparently inexplicable, said Marco Flores, the former official historian of Tampico. “If science gives us no explanation we’ll get one from magic,” he said. “Fantasy is always more attractive than reality.”

The municipal government placed a bust of a green Martian at Miramar Beach in 2013 and officially dubbed the last Tuesday in October the Day of the Martian. The bust was promptly stolen.

Jaime Maussan, Mexico’s leading chronicler of UFO sightings and other supernatural events allowed that southern Tamaulipas was a hotbed of extramundane activity, but said he and his team of researchers were previously unaware of Amupac. He did, however, remark that the theory was “curious”.

Dr Rosario Romero, a climate scientist at the National Autonomous University of Mexico, agreed that Ciudad Madero’s streak of hurricane-free weather was interesting – but not that it was inexplicable.

She said that Tamaulipas is more likely to see less intense tropical storms, while broader atmospheric conditions – such as subtropical, high-pressure systems and the prevailing westerly winds – tend to push major hurricanes north toward the southern coast of the United States.

Furthermore, although Ciudad Madero has not been struck directly by a hurricane since 1966 it has not escaped damage from others that made landfall elsewhere. In 2013 the city declared a state of emergency after Hurricane Ingrid caused significant flooding.

A busy hurricane season does not necessarily portend a high number of landfalls, but Romero cautioned that predictions often turn out to be inaccurate and storms take unexpected turns – so residents of Ciudad Madero and other Gulf coast communities should take practical hurricane precautions.

“We now have advanced monitoring systems and numerical models that allow us to predict a storm’s intensity and path – but trajectories still vary widely depending on those wider atmospheric conditions,” she said.

Despite the growing body of climate science to explain weather trends around Ciudad Madero, many in the city still advance faith-based explanations.

Devout Catholics in the city trust in Our Lady of Mount Carmel, especially her patrons, the sailors who sound their horns at the mouth of the Pánuco River as they pass a statue of her, erected – curiously enough – in 1967.