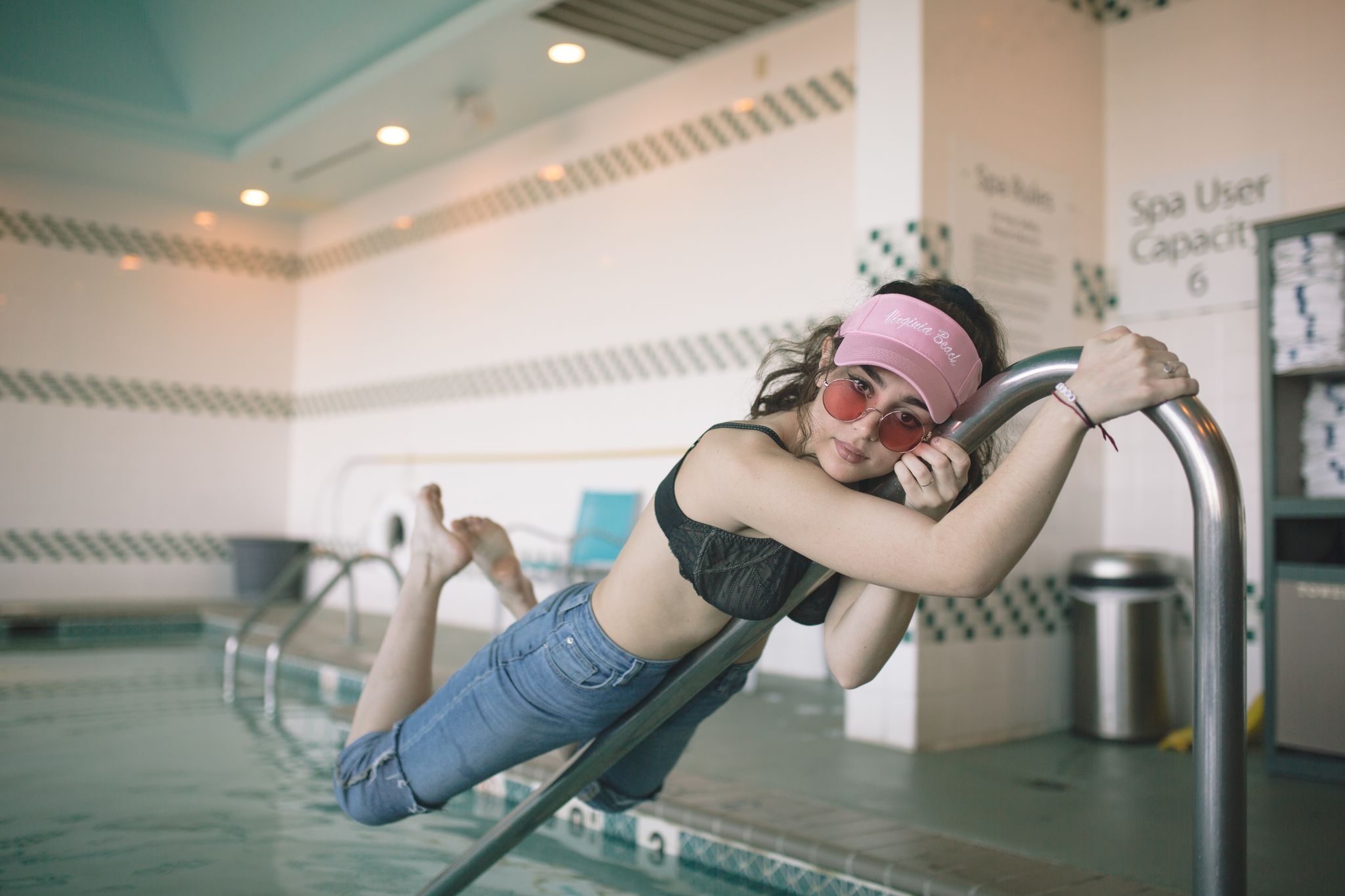 At just 22 years old, indie singer-songwriter Samia has already developed a knack for writing sharp, self-aware songs that can be as witty as they are evocative. Her latest series of singles, taken from her upcoming album The Baby, showcase her impressive versatility as an artist: ‘Fit N’ Full’ is a driving, infectious indie rock tune that satirizes diet culture (“Phasing out of this old fairy tale/ Apple cider vinegar and kale”), while ‘Is There Something in the Movies?’ is easily one of the most heart-wrenching acoustic ballads of the year, anchored by a spine-tingling performance from Samia that soars with emotion against a lone finger-picked guitar. A song about feeling disenchanted with the entertainment industry, it’s accompanied by an equally moving video starring none other than Maya Hawke and Charlie Plummer. And today, Samia has served up not one but two new singles: ‘Big Wheel’ playfully captures the feeling of having too many people to deal with and too many complicated thoughts to even attempt to lay them all out, while ‘Stellate’ slows things down for a more intimate look at relationships and communication. Following a busy 2019 opening for the likes of Hippo Campus (whose Jake Luppen and Nathan Stoker helped produce the record) and Soccer Mommy, it’s safe to say this year will be an even bigger one for Samia.

We caught up with Samia for this edition of our Artist Spotlight series, where we showcase up-and-coming artists and give them a chance to talk a bit about their music.

singing in the car with my dad!!

What are some artists you look up to?

Could you talk about your new single ‘Big Wheel’? Was there a specific feeling you were trying to evoke?

It was an opportunity for me to express problems I had with people I cared about buried in a laundry list of gratitude. I’m horrible at confrontation so I was trying to find a way to voice frustrations without sounding unappreciative of those relationships.

‘Is There Something in the Movies?’ takes on quite a different approach, what was it like writing and recording that track?

That song came out all at once. I played it begrudgingly for my friends on tour thinking they’d hate it but they were really encouraging so I just kept playing it! We tried a more climactic iteration of it while we were touring but I ended up missing the intimacy of the acoustic version so we settled on that.

Could you talk about shooting the video for the single? What was it like working with Maya Hawke and Charlie Plummer?

They were very sweet for being in that video and are both amazing actors so it was an honor to have them. I wanted to use the video to support and highlight the lunacy of the song and the role I played in that story. Worked on it with my friend Matt Hixon and he was responsible for bringing all those ideas to life visually!

What about the video for ‘Fit N’ Full’? What was the inspiration behind it?

I was just messing around shooting camcorder videos with my friend Muriel Margaret on a day off in Virginia Beach and we wanted to do something with the footage. We sent it to Marty Macpherson and he strung it together conceptually based on his interpretation of the song!

How do these tracks relate to the album as a whole?

They’re kinda representative of either end of the emotional spectrum of the album. Fit N Full is written from the perspective of the most falsely confident version of myself and Movies is probably the most honestly vulnerable and pleading.

Are you excited about the release of the album?

The Baby comes out on August 28th via Grand Jury.

What to Watch: The Watchful Eye; Pamela, A Love Story; The Ark
8 Best Cheap Wallets For Men Of All Sizes and Styles in 2023
PICTURES: Dolly Parton Through the Years
AEW Selling Jay Briscoe Shirts After Death, Proceeds Going To Wrestler’s Family
The 2022 Annual Report in UAP: Four Significant Takeaways You Probably Missed – The Debrief