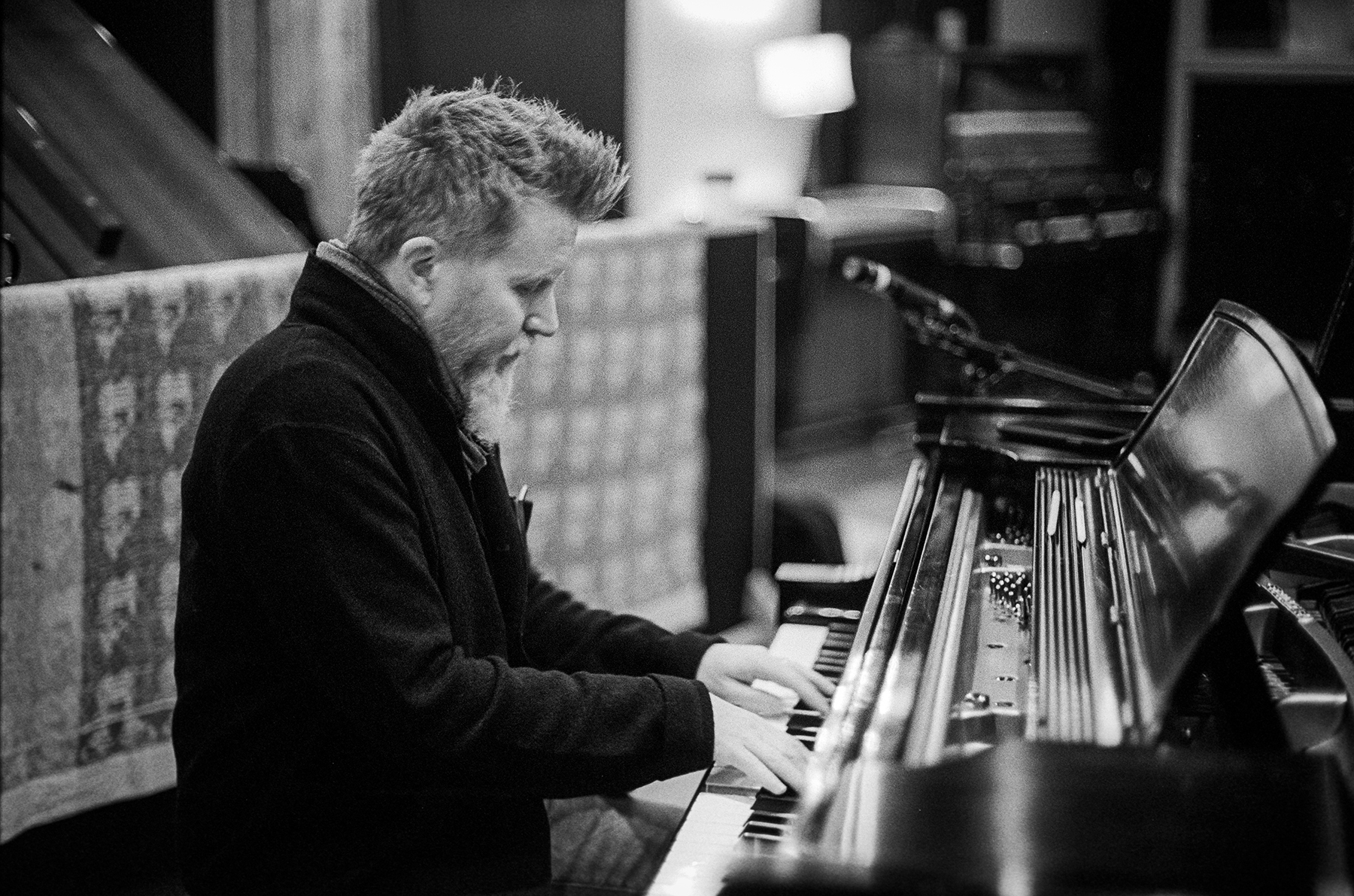 Matt Rollings may not be a household name to many, but in music circles, he’s piano-playing royalty. The Grammy-winning producer and musician releases his new album, Matt Rollings Mosaic, in August, recruiting an all-star list of guests from Vince Gill to Alison Krauss to record original songs and standards like “Accentuate the Positive.”

For his latest interpretation of a classic, Rollings enlisted a trio of A-listers to sing “That Lucky Old Sun”: Willie Nelson, Lyle Lovett, and Ramblin’ Jack Elliott. It’s a warm, comforting version, with Nelson, Lovett, and Elliott each taking a verse. Nelson plays the lead acoustic riff, with Rollings behind him on piano.

“‘Lucky Old Sun’ is one of my favorite standards. I’ve always loved Louis Armstrong’s 1949 version, and have wanted to record it,” Rollings says. “When the opportunity arose to have these three icons, Willie Nelson, Lyle Lovett, and Ramblin’ Jack Elliott, perform on this song with me and Jay Bellerose, it just alchemized into this loose and funky rendition.”

Rollings releases the eponymous album, via Dualtone, on August 14th. Other guests include the War and Treaty, Blind Boys of Alabama, Lukas Nelson, and Molly Tuttle. In addition to “That Lucky Old Sun,” Elliott appears on “If I Had a Boat,” a cover of Lovett’s wistful signature ballad.