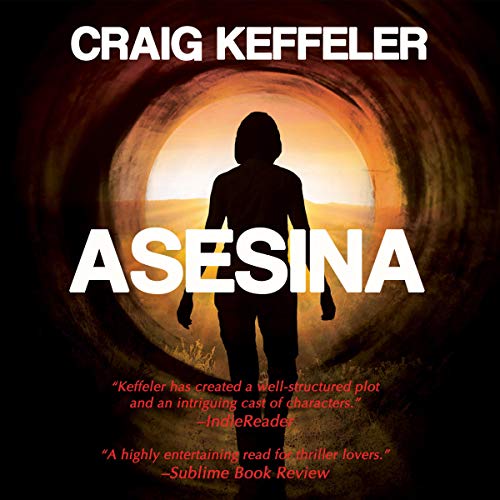 Meet Angel – smart, willful, a lover of animals. She is also one of the Cartel del Noreste’s most lethal hitters, but this time she has met her match. His name is Dr. Ernest L. Girard and he’s a man who has everything – upbringing, looks, gifted surgical skills. He is also an admitted drug user, gambler, and the prime suspect in the largest medical malpractice scam ever investigated in California.

Girard is about to get lucky, and rich. His practice, Hurston Neurological Institute, is being bought out by a German medical conglomerate led by a profit-hungry CEO with neo-Nazi tendencies. But when a fellow party-hound is busted for cocaine possession and turns state’s evidence against Girard, Angel is hired to get rid of the good doctor. That is until her best-laid plans spin crazily out of control and our huntress becomes the hunted.

The official website for Beacon Audiobooks may be found at http://www.beaconaudiobooks.com

‘Everything Everywhere All at Once’ Swept the 2023 Oscar Nominations
Bill Maher Confesses He Flies Private, Calls Out Celebrity Hypocrisy
We’re Still Living in Bret Easton Ellis’s World
Tim Allen Denies That He Flashed Pamela Anderson on ‘Home Improvement’
Shania Twain Opens Up About Her ‘Bad Battle’ With COVID-19