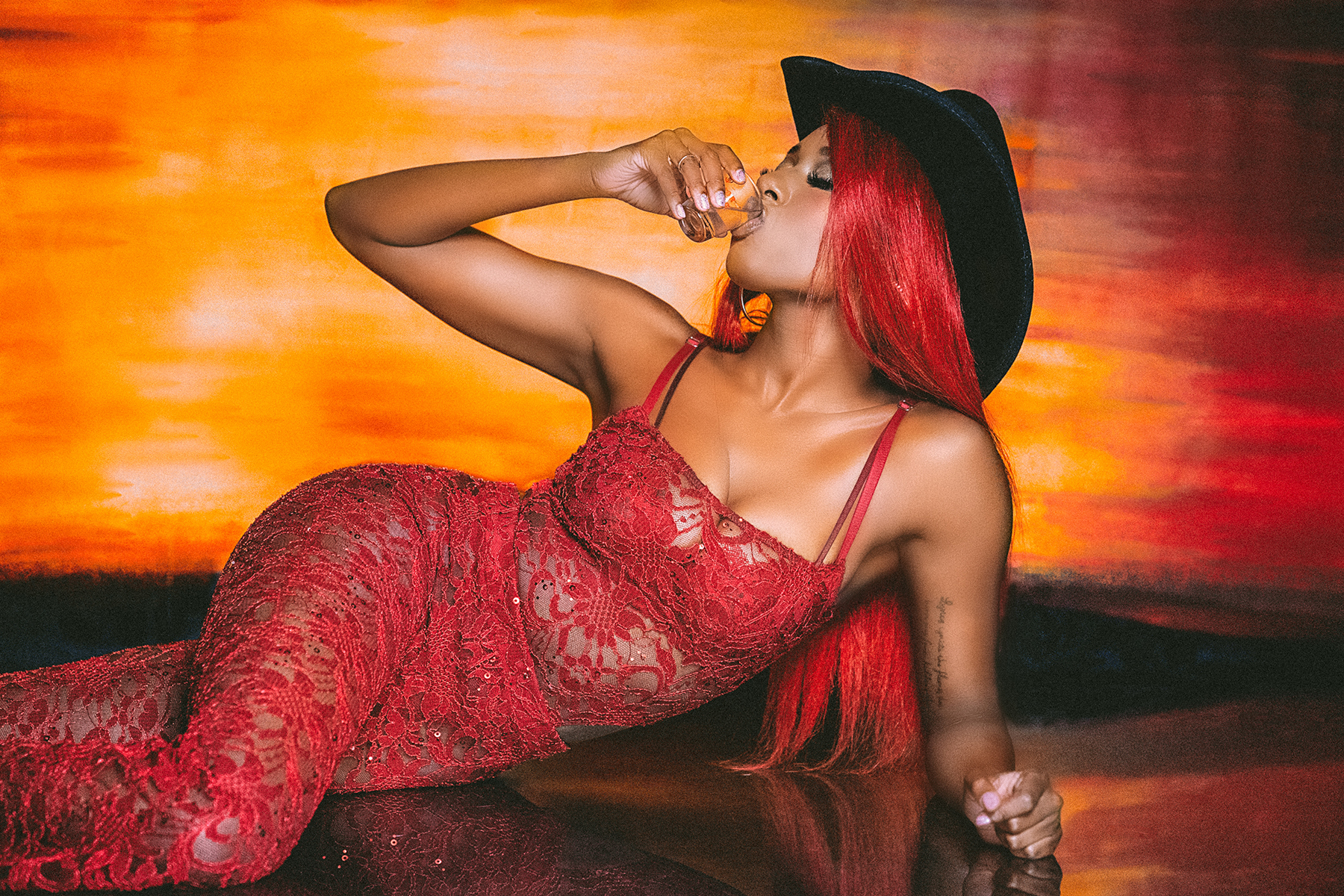 “Country music also looks like this,” Mickey Guyton said when she shared a video clip of Nashville artist Reyna Roberts on Twitter back in June. Roberts, seated at the piano with poppy-red hair down her back, was covering Carrie Underwood’s “Drinking Alone,” and she matched the superstar note for note — and with enough unique power that even Underwood herself took notice, tweeting support.

But Roberts, raised in California and Alabama, has her own original repertoire as well. On Friday, the 23-year-old released “Stompin’ Grounds,” a debut single that proves that anthemic, pop-country songs about the lure of hometowns aren’t only the domain of chart-topping bros. As Music Row flounders in its response and support of the Black Lives Matter movement, Roberts’ song carries a fighter’s spirit: Nashville is her “Stompin’ Grounds,” too.

“Learning who you are, what you want to represent, and wondering if you’re good enough is something that every artist goes through,” Roberts tells Rolling Stone. “There’s been countless times when producers, writers, etc., have wanted me to be the opposite of who I am. When you have so many different people telling you what they think is best for you and your career, it can cause you to lose faith in your abilities. It can cause you to underestimate your view of yourself. Although I have questioned myself over and over again, I’ve also been able to answer those questions. Ultimately, I want to create music that is timeless.”

From being born premature, to practicing piano in a storage unit because it couldn’t fit in her family’s home, to finally jumping into country music, Roberts has never encountered a hurdle she couldn’t clear. We talk to her about her new single (released via CEN/The Orchard/Sony), her respect for Guyton, and why country music needs to make amends with its past.

The idea of reclaiming your “Stompin’ Grounds” in country music is so layered. It alludes to a sense of home, but also a sense of ownership: making your debut in the genre, ready to plant a flag. Where were you coming from in writing the song?
When [Brantley Gilbert guitarist and producer] Noah Henson and I started writing “Stompin’ Grounds,” I immediately fell in love with the riff he played. It reminds me of my childhood in Alabama, my parents, and all of their friends being in the Army together, and my bonus dad who’s a 20-year retired Marine. Even though they all had their own hometowns, the military sends service members all over the world. Whether it’s for three months, or three years, they have to make those places home. I want the song to resonate with people who are proud of where they came from. I want it to resonate with people who were able to make it out of places they aren’t proud of.

“Stompin’ Grounds” could go to bat with any song in the Top 20 on country radio right now, both thematically and melodically. In some ways it’s a litmus test: If it’s not played, it isn’t because of of the song.
When I hear the songs that are on the radio right now, I can hear “Stompin’ Grounds” on the playlist. This song would fit between Brothers Osborne and Brantley Gilbert. So I hope people feel the same way when they hear it. I’m aware of the statistics about women in country music being played less on the radio, compared to men. I hope programmers would at least give the song a chance, and allow listeners to decide for themselves.

Things took off on Twitter pretty fast for you, with shout-outs from Carrie Underwood, Cassadee Pope, and Mickey Guyton. What was that encouraging?
Yes! Things have definitely taken off. I remember when I saw that Mickey posted my cover of “Drinking Alone.” I was stunned. To see her extend that level of kindness and support was humbling. She’s a beautiful human being. When Carrie Underwood retweeted the video, I was speechless. It was absolutely incredible: [her] voice is so powerful. Singing her songs has helped shape my voice. I would always try to hit her notes, and I’d keep practicing and practicing until I was finally able to. For her to support me in that way is truly amazing. I told Mickey personally that she changed my life.

What does it feel like launching a single in such a time of radical change — or lack thereof — in country music and the culture at large? Do you see any progress being made in terms of racial equality?
I believe change is definitely happening in our culture, in country music, and around the world. People are being vocal in their support of African-Americans. There seems to be genuine, honest attempts at being inclusive. As I have been actively pursuing a career in country music, I have been accepted with open arms. I was worried about the stigma of being a black woman in country, but after thinking about it, and having the encouragement of my parents, and others, I realized that I need to go after what I love: country music. Yes, I’ve always felt like I have a home here. However, I know that’s not the case with many other people of color in country music. There are so many who have been trying to be heard for years, and it would be disrespectful of me to make it seem like everything is okay. To do that would minimize their experiences.

I watched a Zoom forum with you recently that was dedicated to the black experience in Nashville, where you talked about “acknowledging the past” of country music, which is so important. But on the other hand, that work shouldn’t only be on the shoulders of black artists.
When I think about the history of country music, and the absence of so many black artists who have provided their voices, lyrics, and harmonies, it breaks my heart. When I hear, “Black people don’t belong in country music,” it upsets me. Unfortunately, many people don’t know the history of country music. Why is Nashville called “Music City”? Where did the banjo originate? Who is Lesley Riddle? Why aren’t the mentors of artists such as Jimmie Rodgers or the Carter Family a part of the Country Music Hall of Fame? When the country music industry addresses and answers those questions, we’ll be on the right track.