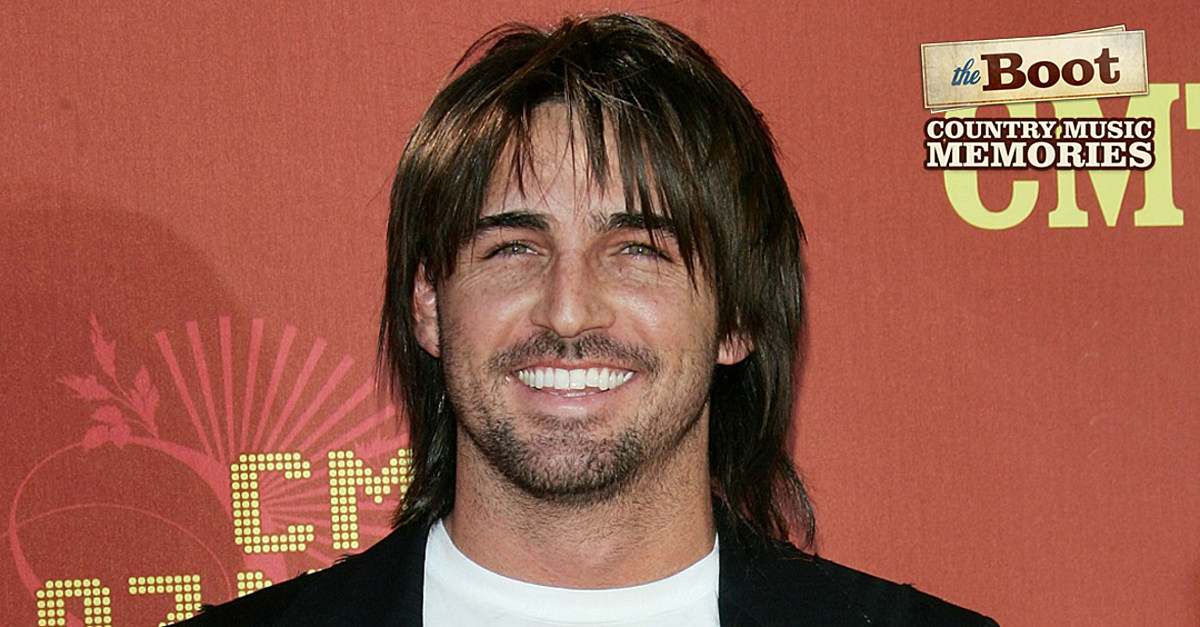 Fourteen years ago today (July 25, 2006) was an important day for Jake Owen: It was on that date that the Florida native’s debut album, Startin’ With Me, was released.

Startin’ With Me, released on RCA Nashville, includes two Top 20 singles: “Yee Haw” and “Something About a Woman.” Additionally, the record’s title track landed in the Top 10.

“I was sitting with a couple of buddies talking about some things that we’ve all done in our lives that we wish we probably could have done together,” Owen recalls to Songfacts about the inspiration for the song “Startin’ With Me.” “Everybody’s spent so much time blaming things on other people or on other things that have happened in their lives, so we just kind of put all the things together that we’ve done. I’ve had instances in my life I really regret, and the only way you can get past that and be a better person in life is by looking at yourself in the mirror and starting with yourself.”

Owen co-wrote all 11 songs on Startin’ With Me, with his co-writers including Brett James, Jimmy Ritchey and Chuck Jones, among others. Alabama frontman Randy Owen joins Owen (no relation) on the final song on the record, “You Can Thank Dixie.”

Owen received an ACM nomination for Top New Male Vocalist based on the strength of Startin’ With Me. He also scored opening slots on some of the biggest tours of the year, sharing the stage with Kenny Chesney, Brad Paisley, Alan Jackson and Brooks & Dunn.

Album Review: Samia, ‘Honey’
Little Free Library to Launch an Indigenous Library Program
Mac DeMarco On Quitting Smoking and Recording an Album While On a 7,000 Mile Road Trip
Why Taylor Swift Didn’t Get Any 2023 Oscars Nominations
Shania Twain Opens Up About Her ‘Bad Battle’ With COVID-19