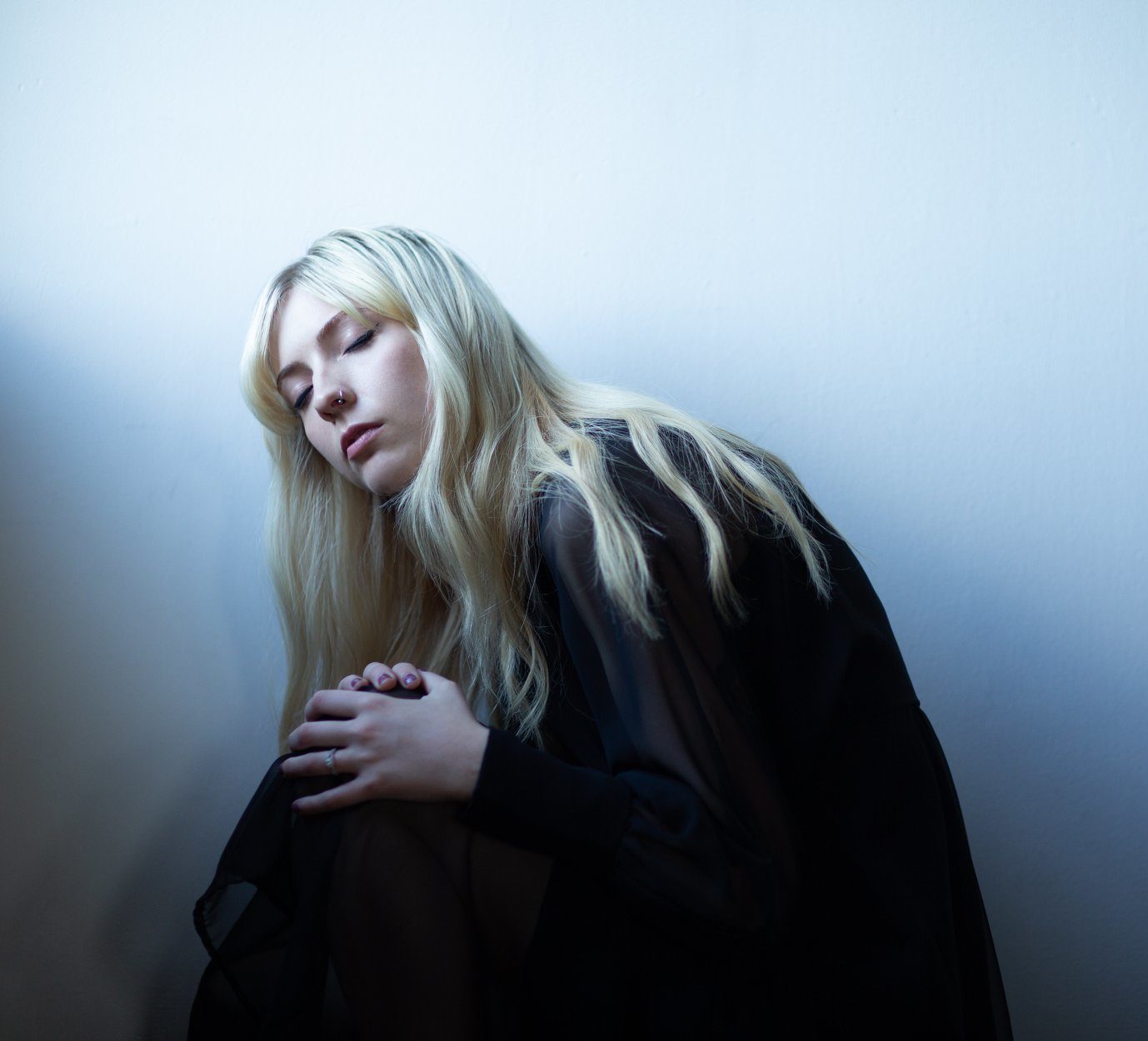 Ellis is a singer-songwriter hailing from Hamilton, Ontario. With a sound that’s reminiscent of bedroom pop artists like Clairo both in its emotional directness and its dreamy, luminous arrangements – just listen to the first few seconds of ‘Pringle Creek’, the opening track of her debut LP, born again, and you might just think it’s Claire Cotrill on the mic – Ellis taps into the intimate qualities that makes this type of music so evocative, while carving out her own space in the scene. Following her self-released, self-produced EP the fuzz, her latest marks a shift in style for the artist, who collaborated with producer Jake Aaron (Snail Mail, Solange, Grizzly Bear) for a more polished yet still bracingly vulnerable effort. Her self-aware, strikingly earnest songwriting often feels like a diary-entry, like listening to “secrets whispered in my ear”, as she sings on ‘Fall Apart’. One track even begins: “It was March 13th, 2016/ And you were afraid of me.” As the album unpacks the cycles of anxiety and depression, her personal but often darkly funny poetry always cuts through: “Read about Zhuangzi’s Dream and rolled my eye,” she sings on the closer, “Somehow I convinced myself that I was wise/ So wrap me up in a cocoon of my bed sheets/ And leave me to wonder/ Leave me to wonder.”

We caught up with Ellis for this edition of our Artist Spotlight series, where we showcase up-and-coming artists and give them a chance to talk about their music.

What inspired you to start making music?

I started playing piano when I was 4 years old, so music was a huge part of my upbringing. I’ve been making up songs since as long as I can remember, they were obviously very bad back then and still sometimes are! As a teenager I started recording some original songs on Garageband, but never really showed anyone. It took me a really long time to feel comfortable actually sharing and performing my own music.

Who are some of your biggest influences, and why?

I remember so vividly the first time I saw Avril Lavigne’s music video for ‘Complicated’ on TV. It’s the first memory I have of seeing a girl playing an electric guitar, and I thought it was the coolest thing in the world. I saved up all my babysitting money to buy my first guitar – a navy blue Fender Squier Stratocaster. Since then I’ve been influenced largely by other femme songwriters, from Joni Mitchell to Taylor Swift, who write really candidly about their feelings and experiences.

What were some of the ideas that went into the making of Born Again?

I wrote Born Again while I was really reflecting on the last decade of my life and all the ways I have grown. It’s sort of a series of revelations and as much as it’s extremely personal, I think a lot of it is pretty universal. It’s about growing up, or even more, about growing into myself. I remember saying out loud that what I wanted most was to make an earnest record, and I think that’s what I did.

Why did you choose to cover these particular songs from Taylor Swift, Dinosaur Jr. and the Used for your bedroom covers EP?

I hadn’t been feeling very inspired to write, so I’d taken to learning some of my favourite songs by other artists as a way to keep creative. I liked that these 3 songs together sort of felt like they represented Ellis as a project. I love Taylor Swift’s to-the-point lyricism about her feelings and the relatability of her songs. Dinosaur Jr is just one of the coolest bands and J. Mascis is one of my favourite guitarists – I want to be able to shred like J! And The Used was a sort of staple in high school – Bert McCracken writes perfect emo songs.

What do you hope people get from your music?

I think for me the music I listen to most is the music I connect with emotionally. It’s such a strange and powerful experience to hear a song that resonates with you in a meaningful way. If my songs can ever be that for someone else, well, I couldn’t ask for more!

What are your plans for the rest of the year?

I had a big year of touring planned and those plans were obviously changed. As disappointing as it’s been, I am grateful for the time I’ve been afforded to dedicate to things I wouldn’t have had time for otherwise. I’ve been taking the time to work on my technical skill, practicing my instruments more than I ever have, and most of all, writing. I’m also grateful to devote more time to anti-racism work through reading, learning, listening, and showing up. It’s so important that we be thinking very critically of the systems that we operate within, and to reimagine a system that works for all of us, and not just some of us. I am trying not to look at this year as a time to be frozen (though sometimes it feels like that!), but a time to work towards a better future. It seems that sometimes things get worse before they get better, and I feel hopeful.