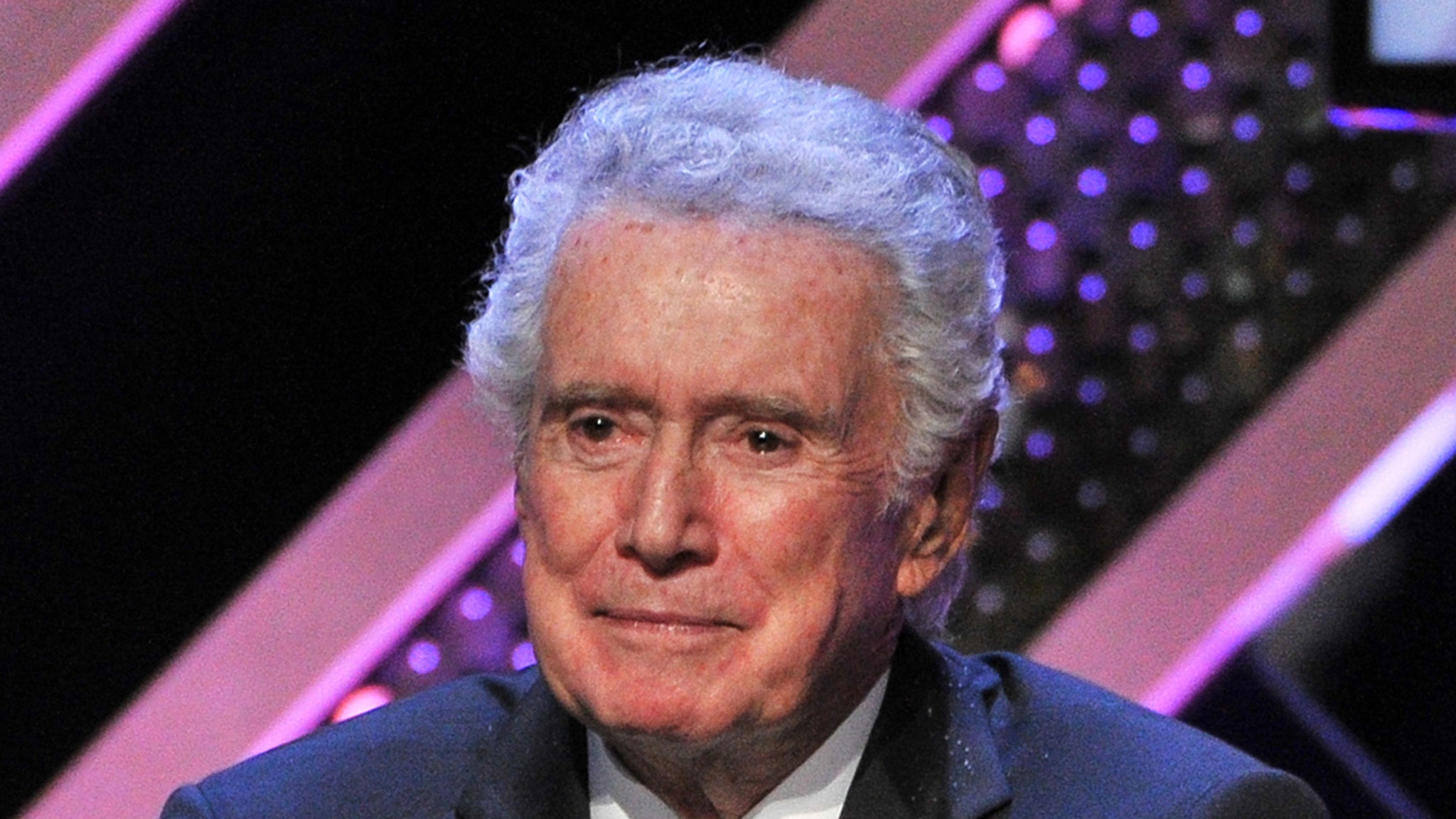 The iconic TV host, actor, singer and all-around media personality who was once dubbed “the hardest working man in showbiz” passed away this weekend — this according to a statement from his family.

They told People, “His family and friends are forever grateful for the time we got to spend with him – for his warmth, his legendary sense of humor, and his singular ability to make every day into something worth talking about. We thank his fans and admirers for their incredible support over his 60-year career.”

A source tells TMZ Regis died early Saturday after suffering a heart attack at his home, possibly the one in Connecticut — although, we have not confirmed that with the family at this point.

We know he’d been battling heart disease for a while now — even having an angioplasty done in the ’90s, not to mention a triple bypass surgery in 2007. Up until last year, Regis had said he was feeling relatively healthy in retirement.

In light of his death, we must say … Regis was a star among stars, and had a storied career.

Regis got his start in Hollywood back in the ’50s while working on “The Tonight Show,” under which he served as a page. He went on to work in local news for a bit and even had his own show before getting more network exposure in the ’60s on “The Joey Bishop Show.”

From there, the ball kept rolling — he went on to replace talk show host Steve Allen on his own show, but fell short up against Johnny Carson‘s strong ratings. Regis then bounced around in media, but stayed on with hosting gigs … everything from radio shows, variety shows, game shows, lifestyle shows, talk shows and more. The guy was getting airtime.

In the late ’80s, he perhaps got his biggest break by landing a co-hosting gig with Kathie Lee Gifford, which most know as “Live! with Regis and Kathie Lee” — a nationally-syndicated morning talk show that has continued to this day, with other hosts filling in over the years … perhaps most notably, Kelly Ripa, who replaced Kathie Lee when she left her hosting gig.

Regis co-hosted the show until 2011, when Michael Strahan replaced him. But, even during all those years in between, the man stayed busy — as game show fans might already know.

Of course, Regis is also super well known for being the original host for the uber game show, ‘Who Wants to be a Millionaire’ — which he hosted from 1999 through 2002 … as well as a couple different special event series spinoffs in ’04 and 09. He hosted other game shows as well throughout the 2000s, not to mention the first season of “America’s Got Talent.”

Regis has worked on countless TV series and shows over the years as a special guest, guest host, co-host or just cameos in general, including recurring appearances on “Today,” ‘Rachael Ray,’ “The Talk,” “The Meredith Vieira Show,” ‘The Tonight Show,’ “Entertainment Tonight,” “The View,” “The Late Late Show with Craig Ferguson,” “Late Show with David Letterman,” “Jimmy Kimmel Live!,” “Good Morning America,” “Wheel of Fortune,” “Late Night with Conan O’Brien,” “Jeopardy!,” “The Rosie O’Donnell Show,” and on and on.

Regis is survived by his wife, Joy.