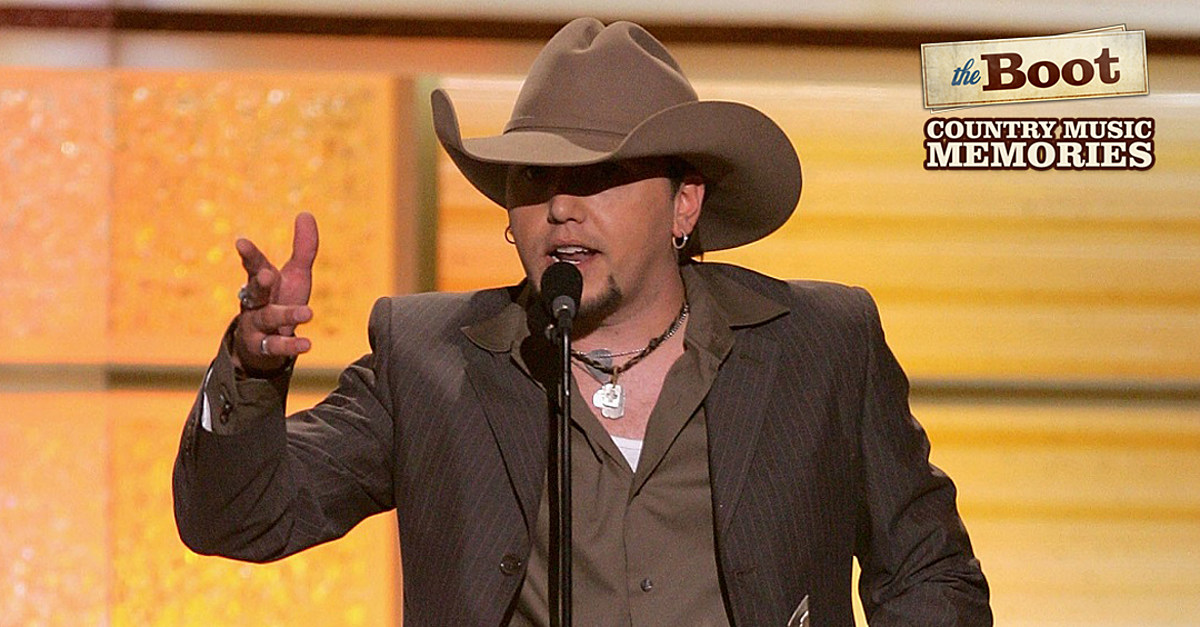 Fifteen years ago today, on July 26, 2005, Jason Aldean made his mark on country music with the release of his eponymous freshman album.

Big & Rich members Big Kenny and John Rich co-wrote “Hicktown” with Vicky McGehee and “Amarillo Sky” with Rodney Clawson and Burt Pursley, while Rich penned “Why” with Clawson and McGehee. Aldean helped write three tracks on his first disc: “Even If I Wanted To,” “You’re the Love I Wanna Be In” and “She Loved Me.”

Although Aldean’s debut album was successful, Jason Aldean almost never existed: The singer moved to Nashville in 1998, after producer Michael Knox signed him to a publishing deal with Warner-Chappell, with dreams of being an artist. But after two failed record deals, neither of which produced an album, Aldean gave himself six months to find success before moving back to his home state of Georgia and giving up his dreams. Fortuitously, just a few weeks after he set the deadline, Broken Bow Records signed him to their label, launching one of the most successful careers in modern country music.

Aldean won an ACM Awards trophy for Top New Male Vocalist in 2006 on the strength of Jason Aldean. That year, he also scored an opening spot on Rascal Flatts‘ Me and My Gang Tour, after Eric Church was removed from the trek for playing too long during his sets.

EVERYDAY CARRY: Izzat
We’re Still Living in Bret Easton Ellis’s World
‘Avatar: The Way Of Water’ Moves Up To No. 4 Biggest Movie Ever Global, Leaving ‘Force Awakens’ In Its Wake
Ridge Wallet Review: Why It’s Our Favorite Minimalist EDC in 2023
After Eddie Murphy Said He And Raven-Symoné Were ‘Too Old’ For Dr. Dolittle 3, The Actress Is Weighing In