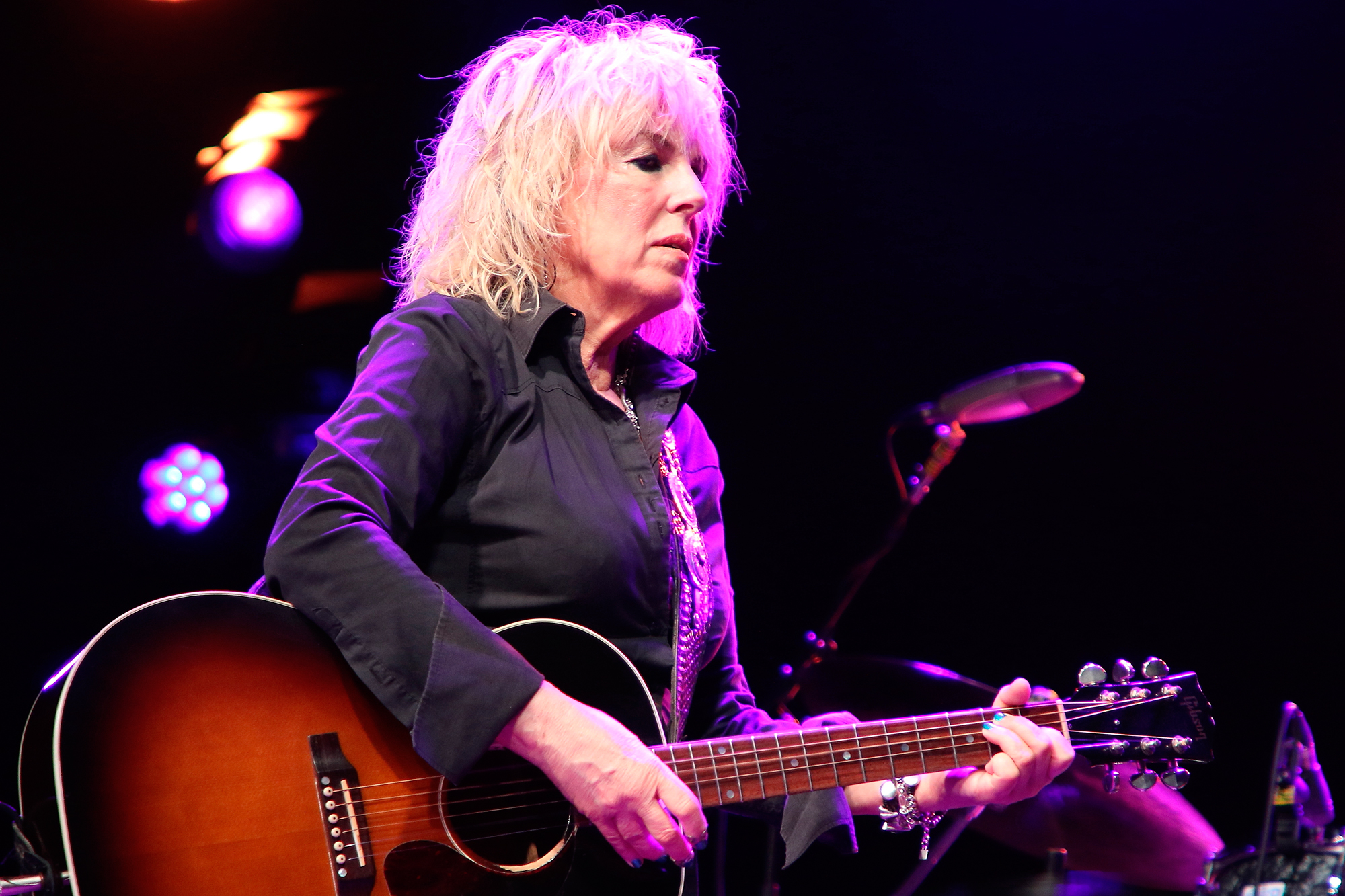 Lucinda Williams was six weeks away from the release of Good Souls Better Angels when the World Health Organization sounded the alarm on COVID-19, officially deeming the outbreak a pandemic. Since then, the songwriter has barely left her new home in East Nashville. Even so, Good Souls Better Angels feels like an alt-country soundtrack to our modern times, filled with social commentary and pissed-off political jabs that, while written in 2019, remain eerily topical.

“Someone told me, ‘This must be a weird time to put your album out,’” Williams says to Chis Shiflett during this week’s episode of Walking the Floor. “But I guess I was fortunate, because of the subject matter of the album. The timing was…I don’t want to say it was perfect…but there seems to be a need for it.”

Conducted via Zoom, Williams’ return appearance on the podcast focuses primarily on her new album and its associated themes, including political ineptitude and social unrest. Listen to the entire episode below, following a quick round-up of highlights from their pair’s 45-minute conversation.

Lucinda Williams’ morning routine sounds pretty idyllic.
“When I first get up,” she says, “my favorite thing is to make coffee and do the New York Times crossword puzzle. I’m hooked on those. I like to listen to Nick Drake; he kind of puts me in that mood.”

The 100 Greatest Debut Singles of All Time

She recently moved from Los Angeles to Nashville, returning to the city she once called home during the early phase of her career. In modern-day East Nashville, she’s found a rich, genre-diverse music community that didn’t really exist back in the 1980s.
During her first stint in Nashville, Williams struggled to find a band of instrumentalists whose approach suited her own melting pot of roots-music traditions. “There wasn’t that level of musicianship within this type of music here,” she says. “You had to be in New York or LA for my kind of stuff. [In Nashville], it was all country Music Row. They were great musicians, don’t get me wrong — but a certain style that didn’t really fit with what I did. And now there is! It’s great. It’s more cosmopolitan, and they all live in East Nashville. It’s like a small, separate community.”

Her home in East Nashville was damaged by the tornado that ripped through the city in early March. Months later, a city-wide shortage of building materials has made it hard for homeowners like Williams to fix the storm-related damage.
“The tornado set us up for [the pandemic], almost,” she notes. “It’s all very apocalyptic feeling. Tom and I had just moved into the house a couple of weeks before the tornado hit. We still haven’t gotten things repaired. It knocked the fences down. It basically knocked out the front porch, and part of the roof. The crazy thing is, Nashville has run out of lumber. We’re trying to find somebody to rebuild the fence, and it was taking a long time, and the guy goes, ‘Look, we’re out of wood. There’s no wood! My resources are dried up.’”

Williams’ outspoken criticism of President Donald Trump has alienated some fans.
“It still surprises me,” she admits. “I’m getting the ‘shut up and play.’ The worst one I saw was, there was an article in the New York Times, and the title of it was something like, ‘Where is the soul of Donald Trump?’ We saw that and thought, ‘Wow, that’s really interesting. Has [the author] heard my song ‘Man Without a Soul,’ or is that just coincidence?’ We posted a link to the article with a link to my song. Well, I’m sitting in bed one night, doing my usual reading and unfortunately going on Facebook, which can become a rabbit hole, and I made the mistake of looking at some of the comments, and one of them really got to me because it attacked my character. The guy said, ‘What is this all about? I thought Lucinda was a passionate person. . .I’m not gonna listen to her music anymore. I’m not gonna buy her records anymore.’ And I am compassionate. That’s why I wrote the song. These people. . .I hate to lump them together, but I would love to have an intelligent debate about their opinions, and sit down and talk about it, but nothing they say ever makes sense.”

Although Good Souls Better Angels contains some of Williams’ most politically minded songs, she’s always been interested in working more social commentary into her work. She just didn’t always know how to do it.
“People go, ‘How come, all of a sudden, you have songs like that?’” Williams tells Shiflett. “I’ve wanted to do it before. . .but they are harder songs to write. It’s much easier to write an unrequited love song, and that’s what most singer/songwriters write about.” I’m scrambling for more songs about the human condition, human nature, and things like that. Songs where I kinda go outside of myself and talk about different things besides unrequited love, which I knew I was going to have to do once I found my soul mate, Tom, and we moved in together and got engaged and got married. I had to have a conversation with myself where I said, ‘Well, here we go. Here’s your big challenge — you’re gonna have to start writing stuff besides unrequited love songs. You can’t rely on that anymore.’”