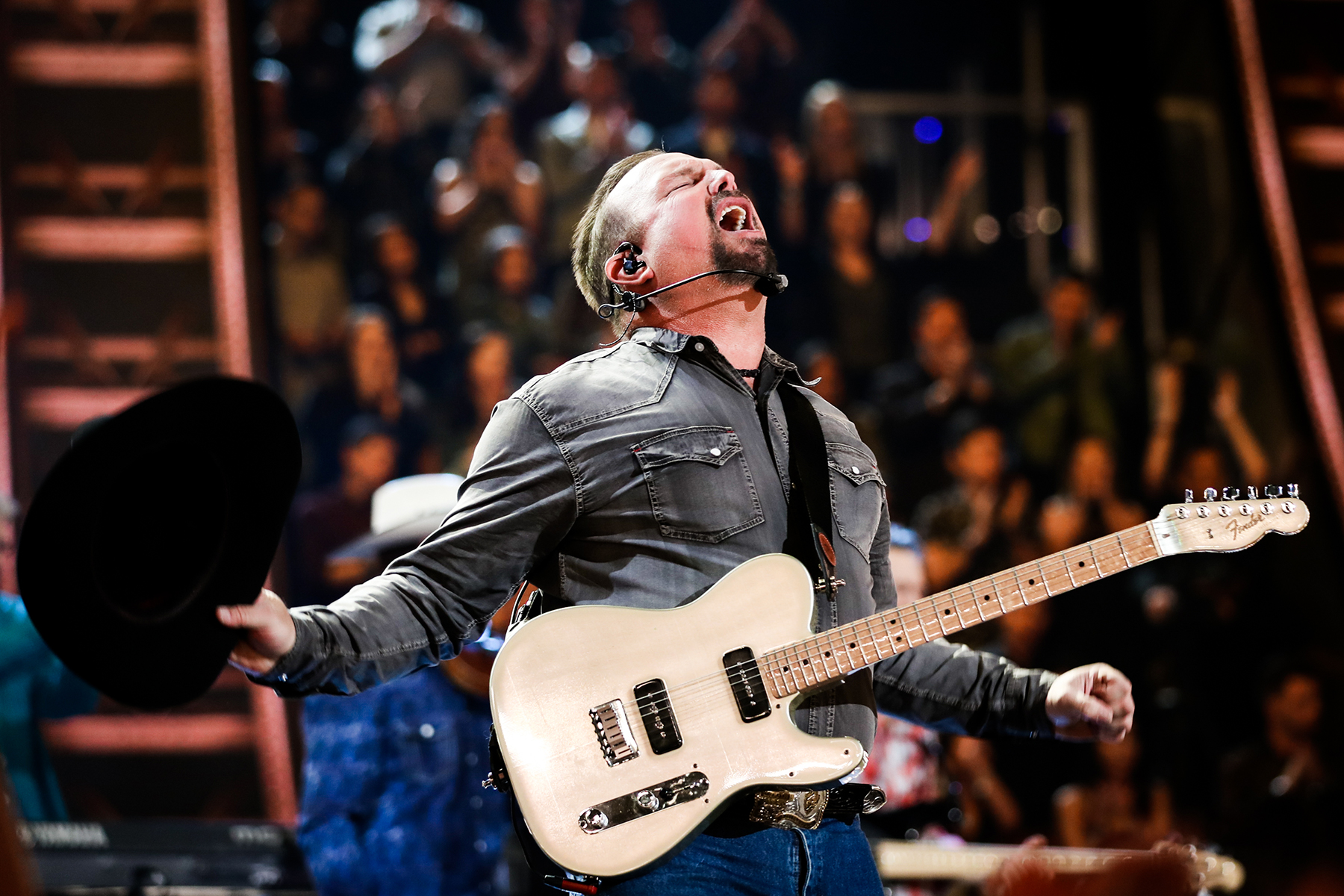 In a peak Garth Brooks gesture, the “People Loving People” singer assembled four screens of Zoom attendees, from journalists to morning-show DJs, on Wednesday to announce that he’ll no longer compete for the CMA Awards’ top prize of Entertainer of the Year. Brooks has won Entertainer of the Year more than any other country artist, scoring his seventh trophy in 2019.

“With all the gratefulness and love in the world…we’re going to pull ourselves out of Entertainer of the Year,” Brooks, casting his eyes heavenward and interlocking his hands, said during the press conference.

The “Baby, Let’s Lay Down and Dance” vocalist cited a tweet he read, after winning Entertainer at last year’s 53rd annual CMAs over fan favorites Carrie Underwood and Eric Church, that suggested it’s time for him to bow out. Brooks, wearing a Life Is Good T-shirt that read “Positive State,” said he agreed “100 percent.”

At first, the former co-founder of the digital-music service GhostTunes said he considered adopting some sort of “Entertainer Emeritus” title with the Country Music Association, but allowed that the organization can’t unfairly bestow new honorifics. “It would be sweet to have that title, but the CMA can’t just create a title and give it to somebody.”

Celebs Are Bored: Mandy Patinkin Learns How to Tweet

How 10 Guitar Gods Got Started

Despite the best of Brooks’ intentions, the Country Music Association said in a statement that artists cannot withdraw themselves from contention: “The long-standing CMA Awards rules do not allow individuals to remove themselves from the balloting process at any point.”

The decision to nominate or not nominate is up to CMA voters, with this year’s second ballot emailed to eligible voting members on July 31. “If voters have nominated Garth Brooks in the first round, his name will appear on the second ballot,”  the CMA said. “It will then be up to voters in this second round to select their top finalists.”

Brooks, a 2020 drive-in concert star, retired from recording and touring in 2001, before launching a comeback in 2014 that netted him back-to-back Entertainer of the Year titles in 2016 and 2017. Calling himself “extremely competitive,” Blake Shelton’s duet partner on last year’s “Dive Bar” admitted he’ll still vie for other CMA Awards categories in which he’s eligible, which could include Album of the Year, Song of the Year, and Male Vocalist.

Brooks has yet to announce if he’ll be competing for Vocal Duo or Group.

Nickel Creek Return With First New Music in Nine Years
Kelly Clarkson Stalker Arrested Against After 12 Restraining Order Violations
All of Taylor Swift’s ‘Lavender Haze’ Music Video Easter Eggs, Explained
Review: The Vibrant Multi Cultural Rom-Com ‘What’s Love Got To Do With It?”
Regal Parent Cineworld Has Reached Out To 30 Potential Buyers As It Pursues Sale; Initial Bids Due Next Month