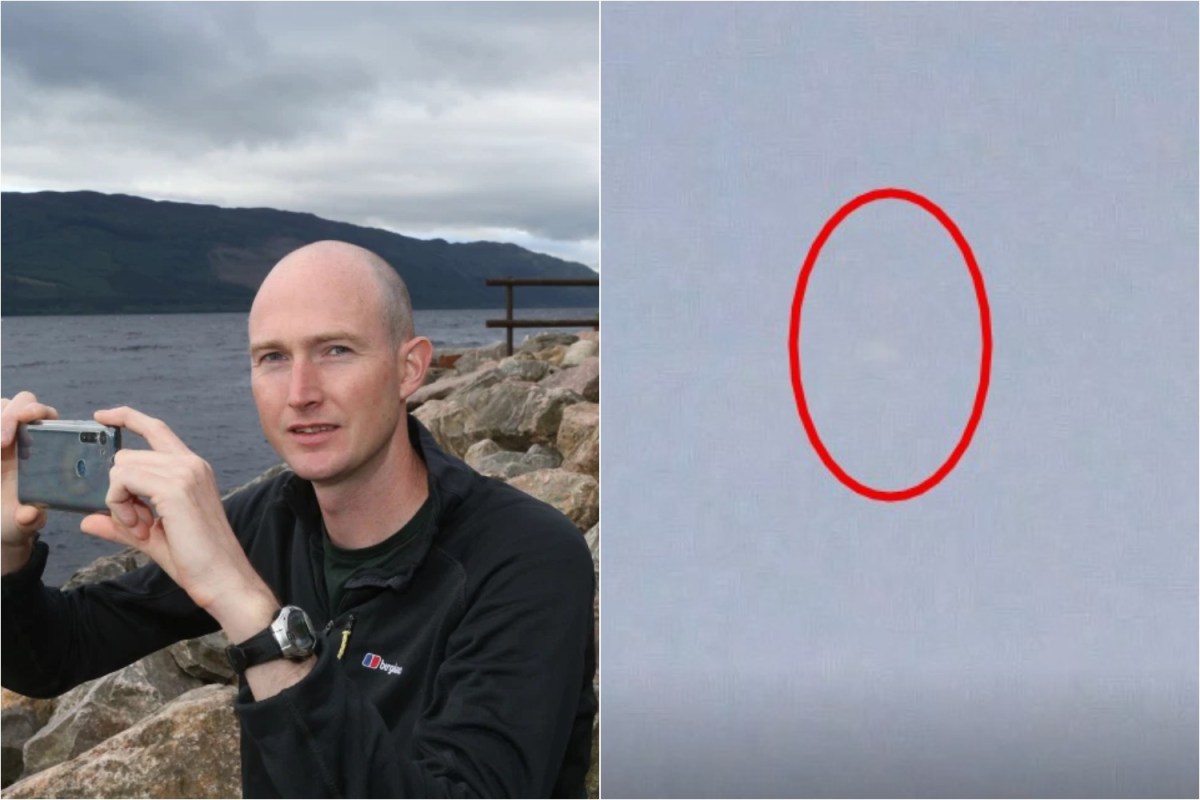 A FIREMAN claims he recorded the Loch Ness Monster after seeing a “hump” in the water.

Forestry worker Ross MacAulay has lived all his life around Loch Ness and did not believe in Nessie.

But he – and his fellow firefighters – are “baffled” by the 12ft long creature that Ross filmed on his mobile phone.

It is also the first accepted sighting of Nessie by a witness at the loch this year. The other five have been by the loch’s webcam.

Ross, 35, is a retained firefighter at Drumnadrochit, lying on the shore of Loch Ness.

He is also a tree feller and fencer for Forestry and Land Scotland, working around the loch.

But on July 8, Ross was driving just outside Fort Augustus when he glanced at the water, about 200ft below the road.

He said: “There were a couple of kayakers, but 100 yards ahead of them was something below the surface.

At first I thought it was a big rock under the water and I just carried on driving.

“Then I thought ‘there’s never been a rock there before’ – so curiosity got the better of me. I turned round and parked in a long lay-by.

“The object had moved and was now out in the middle of the loch. The kayakers were much further behind. The creature must have done 400 yards in a minute – and against the wind.

“I started filming it for five minutes. There was no long neck, no head, just the hump bit.

“I would say it was 12ft long and 4ft wide, at its widest. It was light grey and it went under the water then up and then disappeared.

“I have lived all my life in the area and I am a keen fisherman who has spent hundreds of hours on the loch. But I have never seen anything like that before. Did I believe in Nessie? – hell no!

“I have seen seals dozens of times in the loch, but this was far too big to be a seal. It was not a log and was travelling against the wind. If somebody can explain to me what I have seen that would be great – but I just can’t explain it. I never thought I would be one of those guys seeing Nessie.

“I kept quiet at first but then I showed it #to my fellow firefighters and they at first took the Mick, but are equally baffled.”

Gary Campbell, the recorder of the Official Loch Ness Monster Sightings Register said:”This is the first sighting of Nessie this year that was not from the webcam.

“It is a classic sighting of Nessie – with no head or neck discernible. It is just under the surface – and may not have been visible to the kayakers at water level. It is a fascinating sighting and adds to the mystery. It does nor definitively prove the existence of Nessie, but it certainly adds to the debate.”

Chris + Kelly Lynn Janson — Country’s Greatest Love Stories
Exclusive: ‘Their Presence Alone is a Serious National Security Issue.’ Dozens of Sailors Confirm Their Warships Were Sw…
15 Buzzy Books to Pack in Your Beach Bag
Man’s Body Found After Psychic 4,500 Miles Away ‘Told His Mum Where To Search’ – Metro
Eva Mendes Had One Specific – And Amazing – Barbie Request For Her Partner Ryan Gosling