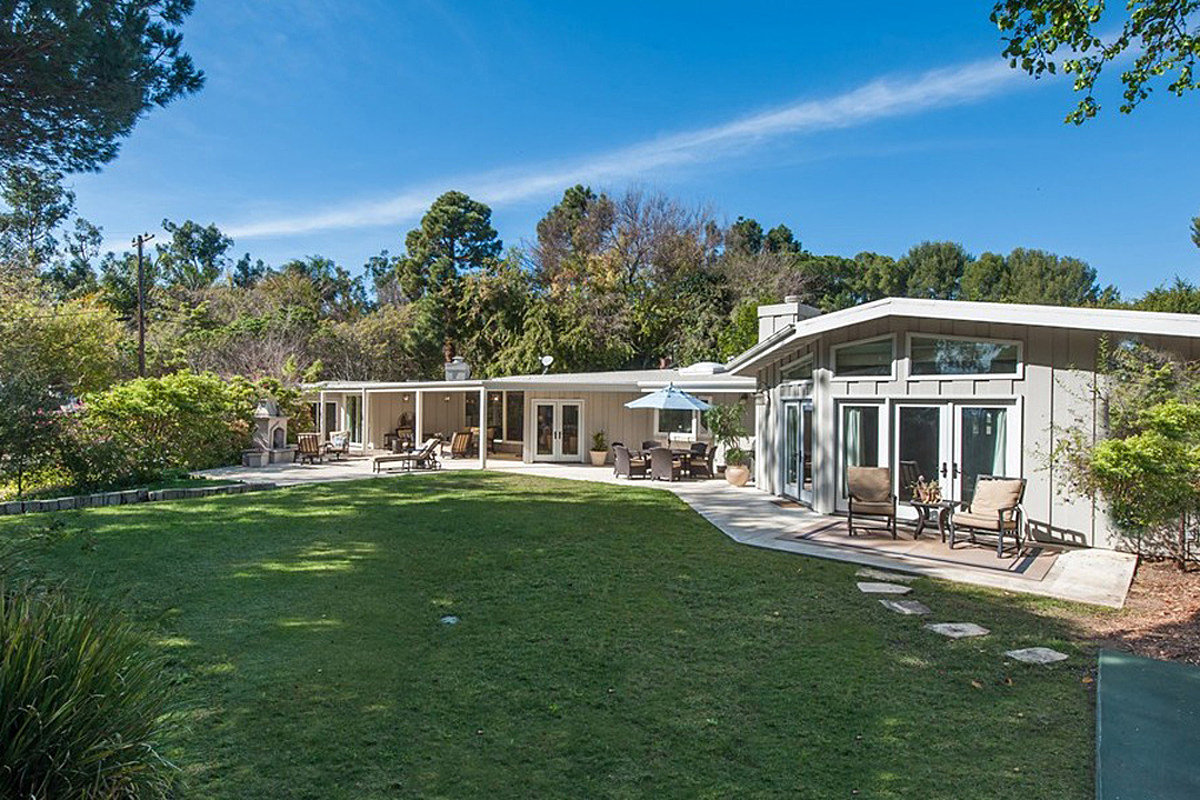 Garth Brooks and Trisha Yearwood really know how to get away from it all. The couple’s former beachside house in Malibu offered a gorgeous vacation paradise for the country music power couple to relax when they weren’t on the road.

According to Variety, Brooks and Yearwood bought their four-bedroom, 3.5-bathroom, 4,200-square-foot house in Malibu for slightly less than $5 million in June of 2008. The single-story residence is a contemporary ranch-style house, and it’s located in a “small and exclusive gated enclave,” Variety reports.

The house itself is fairly modest, but very well-appointed, featuring an open floor plan in which the living and dining room flow together. The living room boasts a corner fireplace and multiple sets of French doors that open to the backyard.

The kitchen is fully modernized and includes marble countertops, while skylights offer plenty of natural California sunlight. The den features floor-to-ceiling bookshelves on either side of a fireplace of white brick.

The backyard is perhaps the most impressive aspect of the house, featuring a loggia, an outdoor fireplace, a half-court basketball court and elaborate landscaping. The house provides direct access to the world-famous Malibu beach via a set of steps that several nearby homes share, one of which belonged to tennis superstar John McEnroe.

The couple sold the house in Malibu in late 2016 for $7 million, in an off-market deal to internet entrepreneur Adam Bern­hard. Scroll through the pictures below to see inside the home: