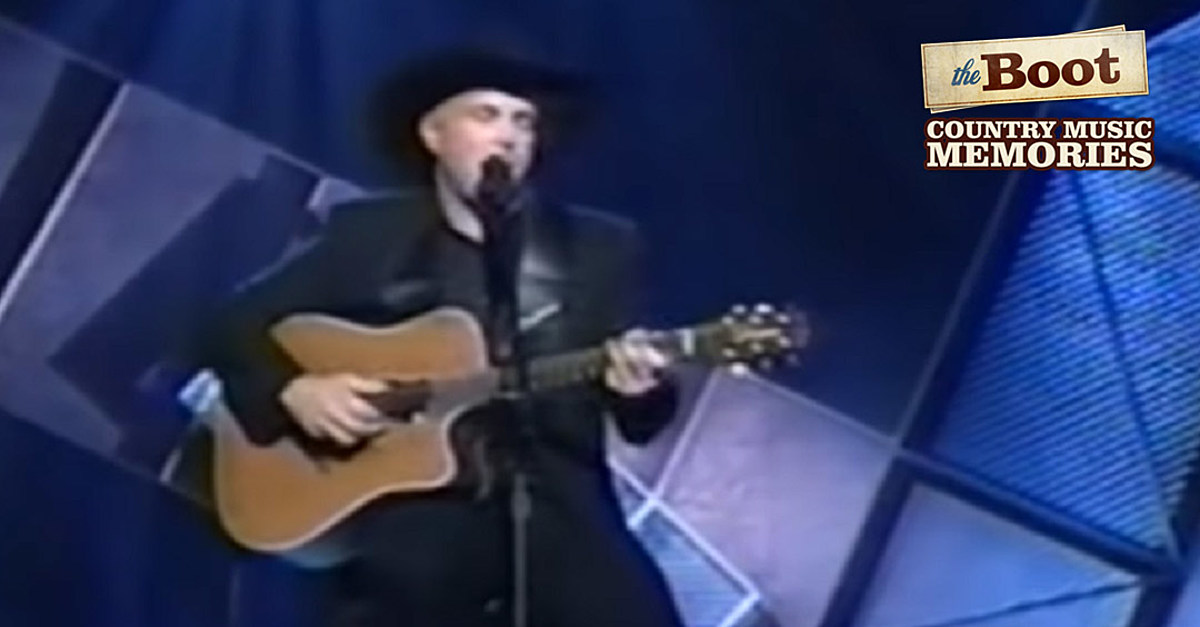 On Aug. 1, 1998, Garth Brooks reached No. 1 on the country charts with “To Make You Feel My Love.” His cover of the Bob Dylan-written song was at the top 22 years ago today.

“To Make You Feel My Love” originally appeared on Dylan’s 1997 album Time Out of Mind under the name “Make You Feel My Love,” and was also covered by Billy Joel that same year. Brooks’ version maintains the sparse feel of the original, with piano and organ adding lovely shading to rich acoustic guitar.

This extra instrumentation enhances the romantic feel of the lyrics, which are from the perspective of someone promising love and solace: “I could hold you for a million years / To make you feel my love / I know you haven’t made your mind up yet / But I would never do you wrong.”

“To Make You Feel My Love” only spent one week atop the country charts, but it received two Grammy Awards nominations, one for Best Male Country Vocal Performance and Best Country Song, the latter of which goes to the song’s writer(s). It lost to Vince Gill‘s “If You Ever Have Forever in Mind” in the former category, and Dylan lost to Robert John “Mutt” Lange and Shania Twain for “You’re Still The One” in the latter.