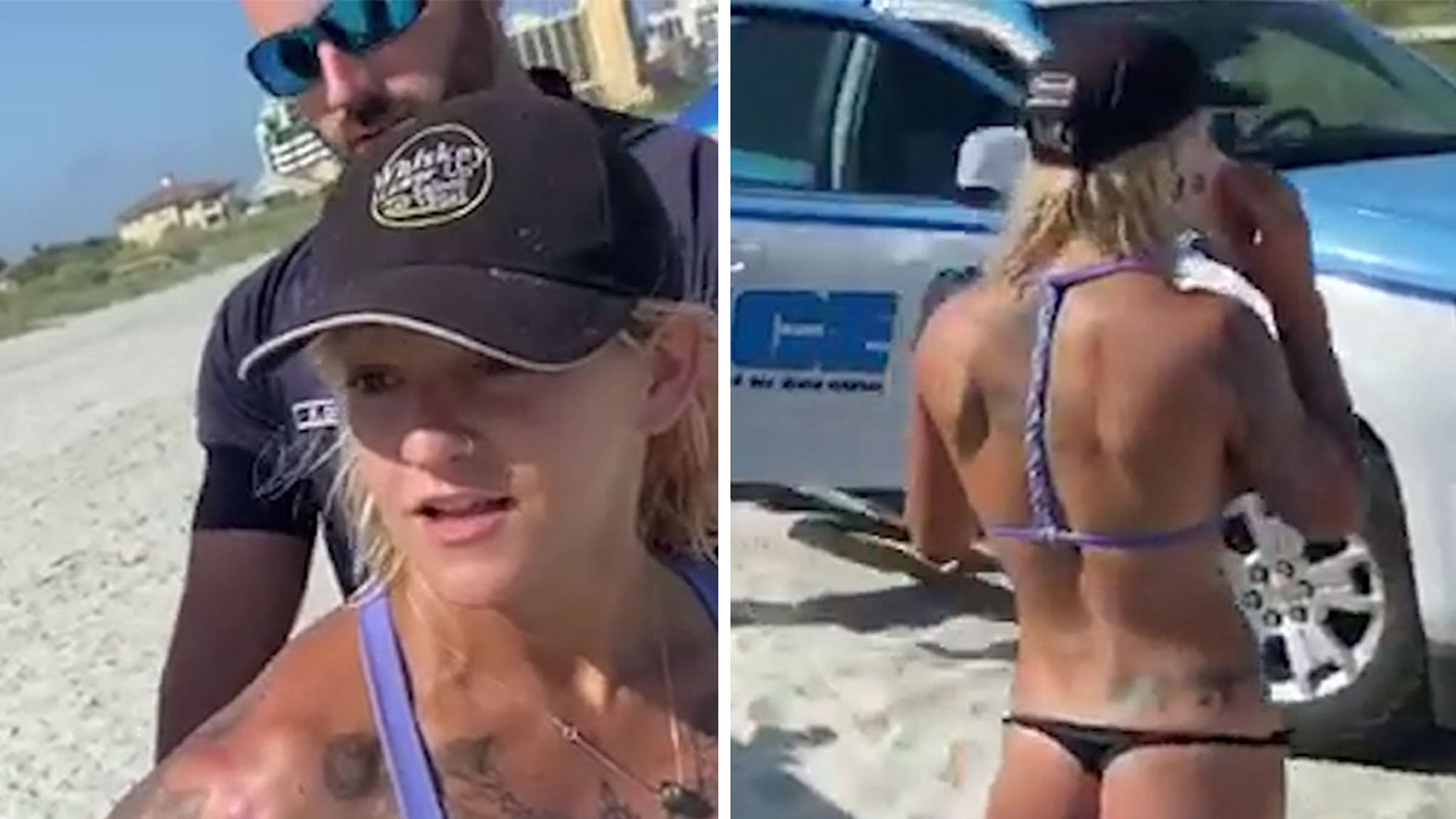 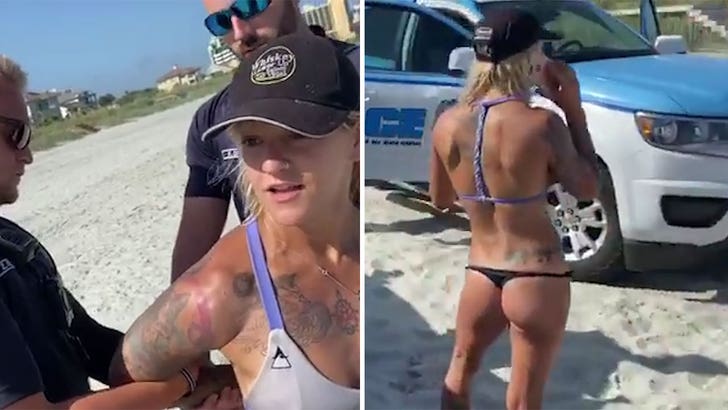 Aerial performer Sam Panda got detained by Myrtle Beach police for her revealing swimsuit, and she had to have a long thong debate to get released.

Sam says “some Karen” called the cops on her for her bikini, and the video starts with her being walked away in cuffs as she and her friend ask for clarification.

The cops actually busted out their law book and claimed Sam was violating an ordinance about being nude on a public beach, and one officer equated her thong bikini to nudity.

Sam objected, and after pointing out that her private parts were all covered up, the cops called for backup. Yes, they needed backup … over the exposed backside.

For the record, this is the law they brought her in for … being in public in “a state of dress or undress so as to expose to the view of others specified anatomical areas” … in this case, her butt.

According to the MB police … the initial call was a report of 2 women “who were wearing thong bikinis and a see-through top that were dancing and soliciting videos on the beach.”

Cops say Sam tried to walk away, which is why she was detained, but after the ordinance was explained … the ladies agreed to cover up and were released without charges.

Sam believes the woman who reported her “decided that my body was offensive to her and showed her child that her body could one day lead to her arrest.” 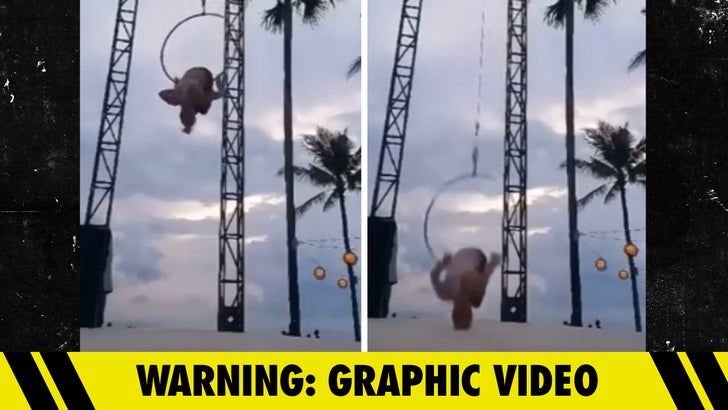 BTW — if Sam Panda looks or sounds familiar … it’s because she went viral a few years ago for suffering a broken neck in a scary accident when a rig malfunctioned during one of her acrobatic stunts. 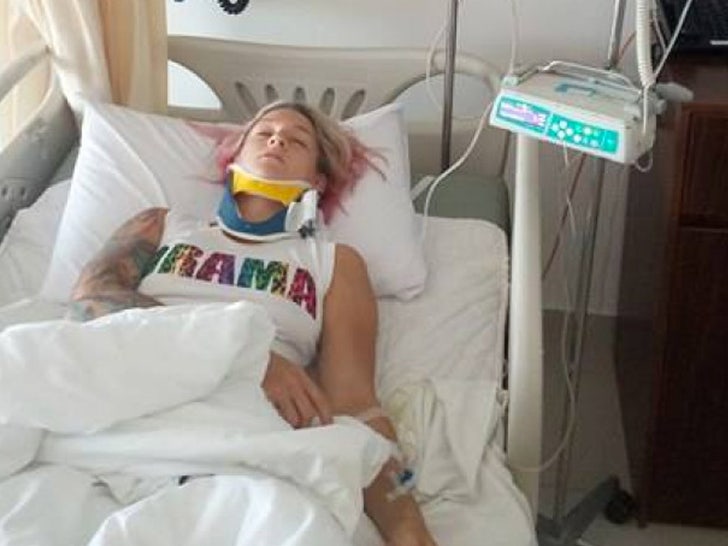 Fortunately, she survived the fall, and after a couple surgeries, she made a full recovery and got back to performing.

Apparently Avatar 2’s Trailer Made A Notable Change So It Could Play In Front Of Kids At Lightyear Showings
Mitski Shares New Clark Remix of ‘Love Me More’
Lucinda Williams’ ‘Car Wheels on a Gravel Road’ Tracks, Ranked
Disney Star Adam Hicks Out on Parole After Doing Time for Robbery
Chris Stapleton’s Career Spotlighted in New Hall of Fame Exhibit