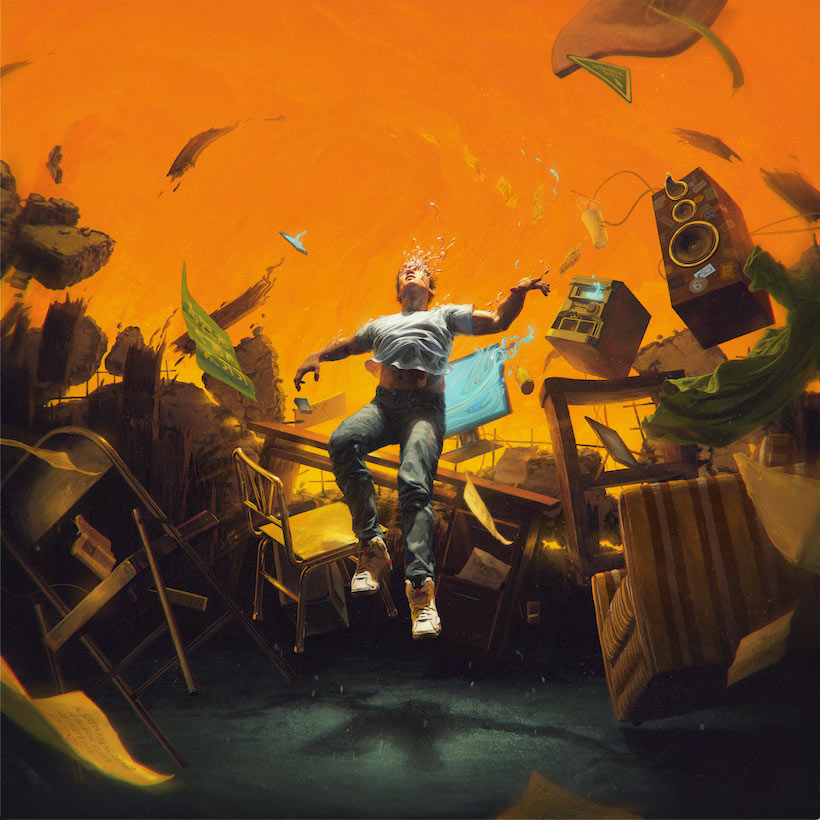 When Logic announced his retirement, it was hard not to be at least a little bit sceptical – rappers make these sort of statements all the time only to make a grand comeback just a few years later. But the Maryland rapper sounded both serious and determined: having recently become a dad, he wanted to focus on spending time with his family. Of course, he also struck a seven-figure deal with streaming platform Twitch, where he will be streaming a set amount of hours per week. “I’m not this rapper guy, man,” he said in an interview. “I’m just a nerd. I love video games.”

For anyone who’s been following Logic’s trajectory, this statement doesn’t necessarily come as a surprise. Though most would rather forget it, it was only last year that he put out an entire album of alternative rock songs that were both painfully derivative and completely forgettable. Its follow-up, Confessions of a Dangerous Mind, was another stylistic pivot that didn’t quite pan out. But there’s no denying that Logic – aka Sir Robert Bryson Hall II – loves rap; he proves as much on this album, titled No Pressure and billed as a spiritual successor to his great full-length debut Under Pressure, which is filled to the brim with well-placed nods and tributes to a number of hip-hop artists. Even as far back as 2014, when that album was released, he found himself wrestling with the same kinds of questions: “Do you really wanna be famous?/ Do you really wanna be a superstar?” he asked himself on ‘Buried Alive’.

The way Logic conflates the rap game with rap as an art-form on No Pressure can be seen as somewhat odd; worse still is the veiled implication that there’s no space in hip-hop for fathers or for nerds who love video games. But it doesn’t take much digging to realize these criticisms don’t really hold ground, as Logic convincingly unpacks the effects fame has had on his mental health. Sure, you can’t help but roll your eyes a little when he delivers platitudes like “money don’t complete us” or “money ain’t the key to happiness” considering how much of it he’ll still be making, but when he centers his focus less on the entertainment industry as a whole than on his own mental state, his tone is unmistakably sincere. “Been addicted to money, been addicted to fame/ Addicted to arenas and people screamin’ my name/ But it’s time to let go, it’s time to make a change,” he raps on the hard-hitting ‘Hit My Line’.

But perhaps the most poignant aspect of Logic’s self-reflective lyrics is the way they reveal how fame has affected his creative process: “Nowadays it’s hard to get in the zone/ Writin’ rhymes was easy before the fame/ Now I’m constantly overthinkin’ every line, it’s a shame/ Rap used to fill me with joy, now it’s nothin’ but pain,” he admits on ‘Dark Place’. He sounds genuinely broken, and at this point, you can no longer doubt he’s made the right decision. And yet it’s hard not to point out that despite those insecurities, his flows haven’t been this consistently good in years; same goes for the album’s songwriting and vibrant production. Aided by legendary producer and previous collaborator No I.D., the songs here are infused with the kind of old-school, boom-bap influenced sound that makes them stand out more than any of his trap-inflected efforts.

While the production on No Pressure is far from original, it manages to execute these sounds so well and with such an infectious appreciation for the genre that it doesn’t really matter. Thalia, a fictional character/ computer program dating back to Logic’s The Incredible True Story, makes a return here, and while her references to influences such as Kanye West and MF Doom are pretty redundant at this point, the way Logic tips his hat to other rappers throughout is part of what makes the album so entertaining; from his nod to Erykah Badu on ‘GP4’ to his interpolation of Outkast’s ‘Elevators (Me & You)’ on the very same track or Kanye West’s ‘Heard Them Say’ later in the tracklisting, making for some of its most memorable highlights.

Clocking in at nearly an hour, No Pressure is probably going to be too long for most listeners, but the abundance of Easter Eggs and callbacks to his earlier work renders it the perfect yet bittersweet goodbye for longtime fans. There’s not much of a concept tying things together here, either, but this is also one of the album’s charms; Logic treads through a wide range of topics, his demeanour laid-back and relaxed. The title’s no coincidence – with a lot of that weight off his chest, he sounds comfortable doing just what he does best. “I remember makin’ music alone, just a pen and a microphone,” he reminisces on ‘Dark Place’. If Logic does ever make a comeback, one can only hope that his approach is as back-to-basics as this album, and as untroubled by what the world thinks of him. If it’s half as fun as him rapping about making sure his son eats his greens on ‘DadBod’, it’ll be well worth the suspense. No pressure, though.