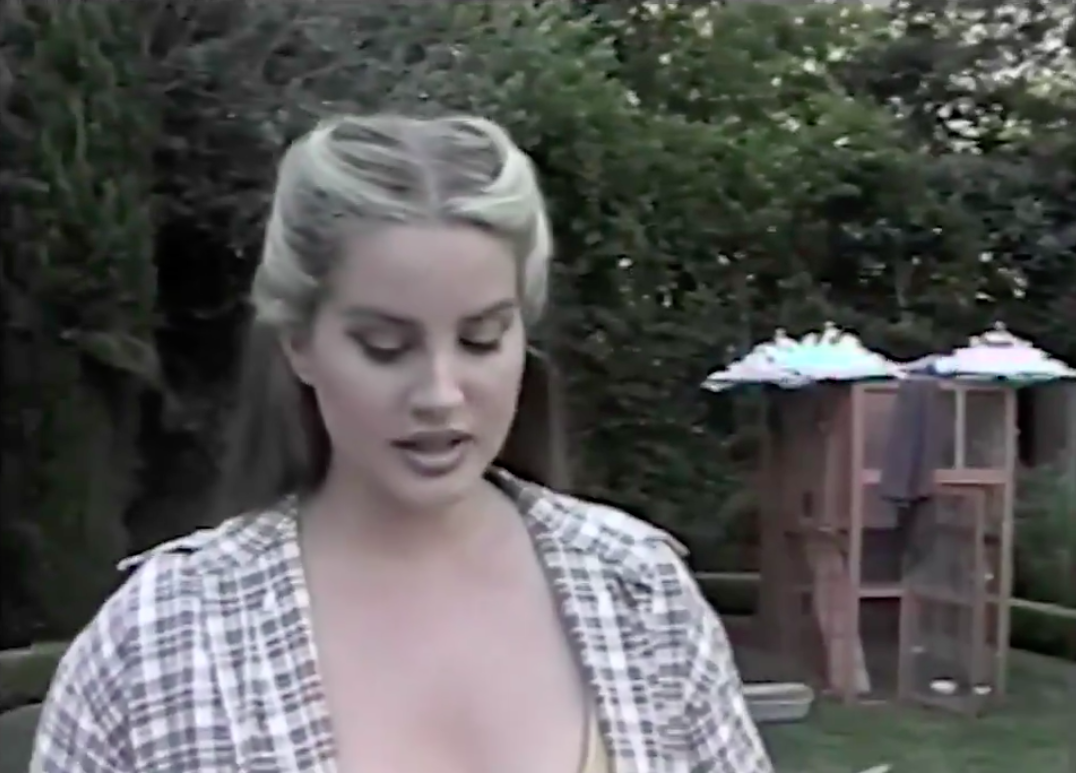 Earlier this week, Lana Del Rey released her new spoken word album Violet Bent Backwards Over the Grass. Featuring music from producer Jack Antonoff, it serves as the audiobook version of her poetry collection of the same name, which is available for purchase through Google Play and Audible. She previously shared sample track from the album (which is not available on streaming services), and has now posted a vintage-looking, low-quality video of her reciting the poem ‘Salamander’ in her backyard, filmed by her brother Charlie Grant. Check it out below.

“I love you, but you don’t understand me, I’m a real poet!” the poem goes. “My life is my poetry, my love making is my legacy!/ My thoughts are about nothing, and beautiful, and for free.”

First announced back in December, the album is one of two spoken word poetry projects the singer is planning to release this year, the second of which is titled behind the iron gates – insights from an institution and has no release date as of yet. del Rey reportedly also has another LP in store, titled White Hot Forever and scheduled for release on September 5th.