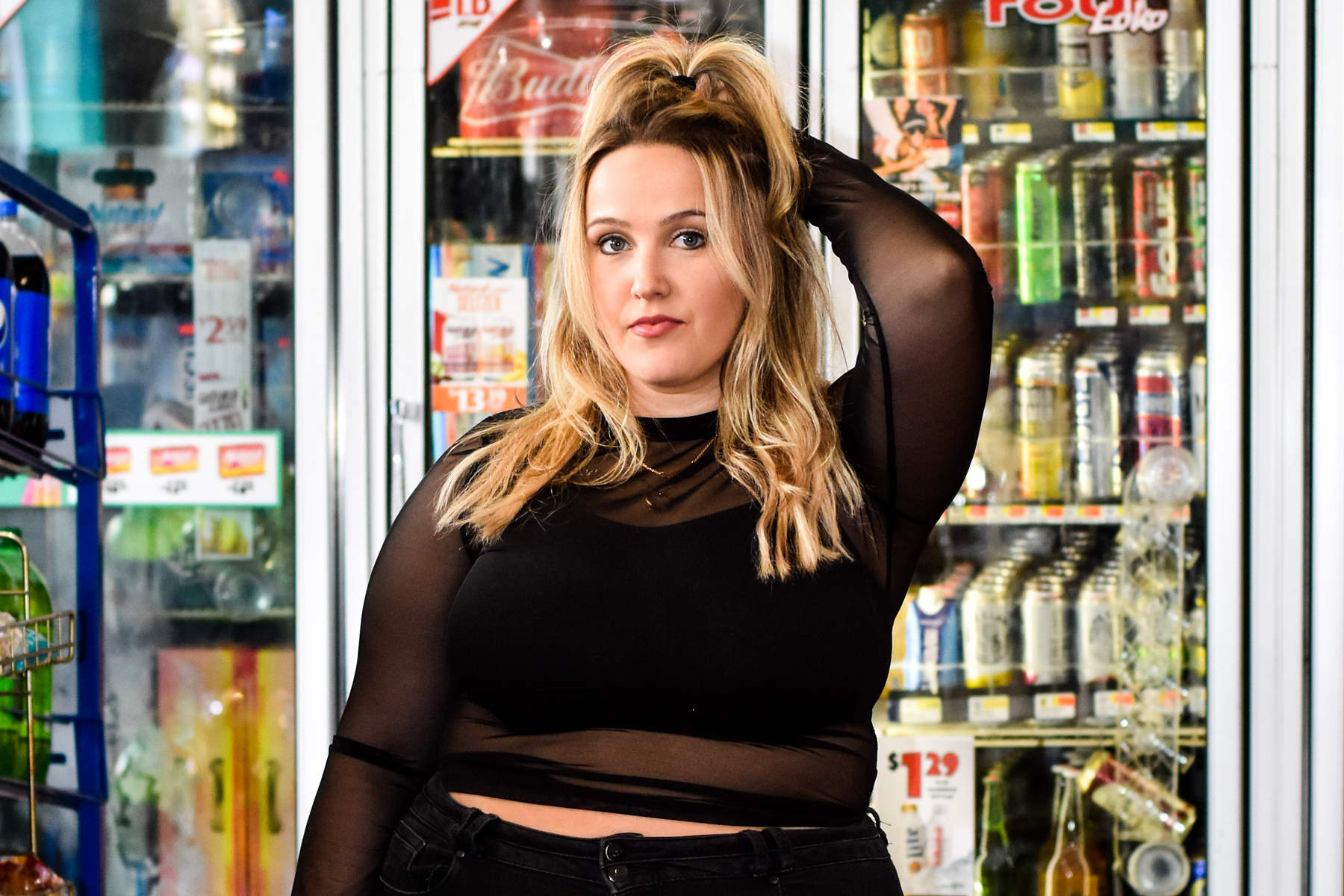 At the start of this week, Priscilla Block was not widely known. The country-music singer-songwriter had just started to make a name for herself on TikTok with 330,000 followers, but had yet to break into the mainstream. That changed with the release of “Just About Over You” on Wednesday evening. The emotive ballad quickly shot to the top of iTunes’ all-genre chart. Almost instantly, influential radio host Bobby Bones hopped on Twitter, inviting Block to come on his show next week — and the song reached the Top 15 on Apple Music’s country streaming chart without any playlisting.

Block’s literally overnight success actually started three weeks ago, when she posted a video of her singing “Just About Over You” a cappella in her bedroom while doing her makeup. The song didn’t spark any viral dances — as TikTok hits often do — and it still garnered 1.8 million views, with many users eagerly waiting for the song’s official release.

“I am absolutely overwhelmed,” Block tells Rolling Stone. “I still have no words. I’ve always heard that country music fans are ride or die… and this right here proves it. This is six years of blood, sweat, and tears.” (The North Carolinian moved to Nashville six years ago and started by trying to “make it” the traditional way, with gigs in bars and local networking.)

Fans loved the song so much that some of them actually helped raise money for Block to record it as a track. Grady Smith, a notoriously critical country-music blogger, noted on his own TikTok account that Block “shot this album cover herself with some cheap earrings and a napkin and then she was smart enough to release it on a Wednesday — when it’s easier to beat new releases that are usually released on Friday.”

After Block dropped the song on Wednesday, her listeners on Spotify increased by around 550% within 24 hours, Mary Catherine Kinney, an executive on Spotify’s artist & label partnerships team, tells Rolling Stone.

Block has had other quasi-viral moments on TikTok with songs like the body-positive jam “Thick Thighs” and “PMS,” the latter of which has yet to be properly released. In March, she took a socially distanced meeting with Dennis Entertainment’s John Dennis and Charly Salvatore, who discovered Avenue Beat five years ago on Twitter and now manages the Nashville trio. Salvatore also developed Avenue Beat through a TikTok-charged breaking moment, via the low-key track “F2020.” He signed Block in May.

“I was just scrolling aimlessly for days and I finally came across a video of her singing a Morgan Wallen song, but she added her own thing to the end of it,” Salvatore tells Rolling Stone, explaining that the cover of Wallen’s “Whiskey Glasses” had also gone relatively viral at the time. “I was just like… damn, there’s something here. So I just slid into her DMs.”

“Thick Thighs” dropped in October of last year, but Block didn’t start using TikTok until the pandemic hit. The empowering song — “What about my muffin top is wrong?” she sings — has since accumulated more than 221,000 Spotify streams. “Just About Over You” appeared out of nowhere and is already almost halfway to that number.

When “Just About Over You” unexpectedly popped, Salvatore says they were preparing to pitch “Thick Thighs” to streaming platforms before dropping the video, which is almost done. Then, they were going to put out “PMS.” That was the plan, but there’s no denying the motto of 2020: Plans change.

For the time being, Salvatore says Dennis Entertainment — the Nashville management firm at which he works — has partnered with Block on the label side to help with record-related services like promotion. “We launched Russell Dickerson the same way,” he says. “Did it with him, and then it left the nest.” According to Salvatore, all of the major labels started sniffing around in the last 24 hours. He emphasizes that everyone’s calling — including the big publishing companies — but Block wants to make sure that she does “the right thing.”

“We don’t want to sign to a major and sit and wait,” Salvatore says. “If the song seems like a priority, and we get a sense that it’s a priority for the entire building, we’re gonna talk about it.” While he won’t reveal any of the sums, Salvatore insists that the offers are good and will make it hard to say no. “It’s nerve-racking, to be honest. It’s like you have that fish on the line — and you know how big it is and how rare these moments are.”