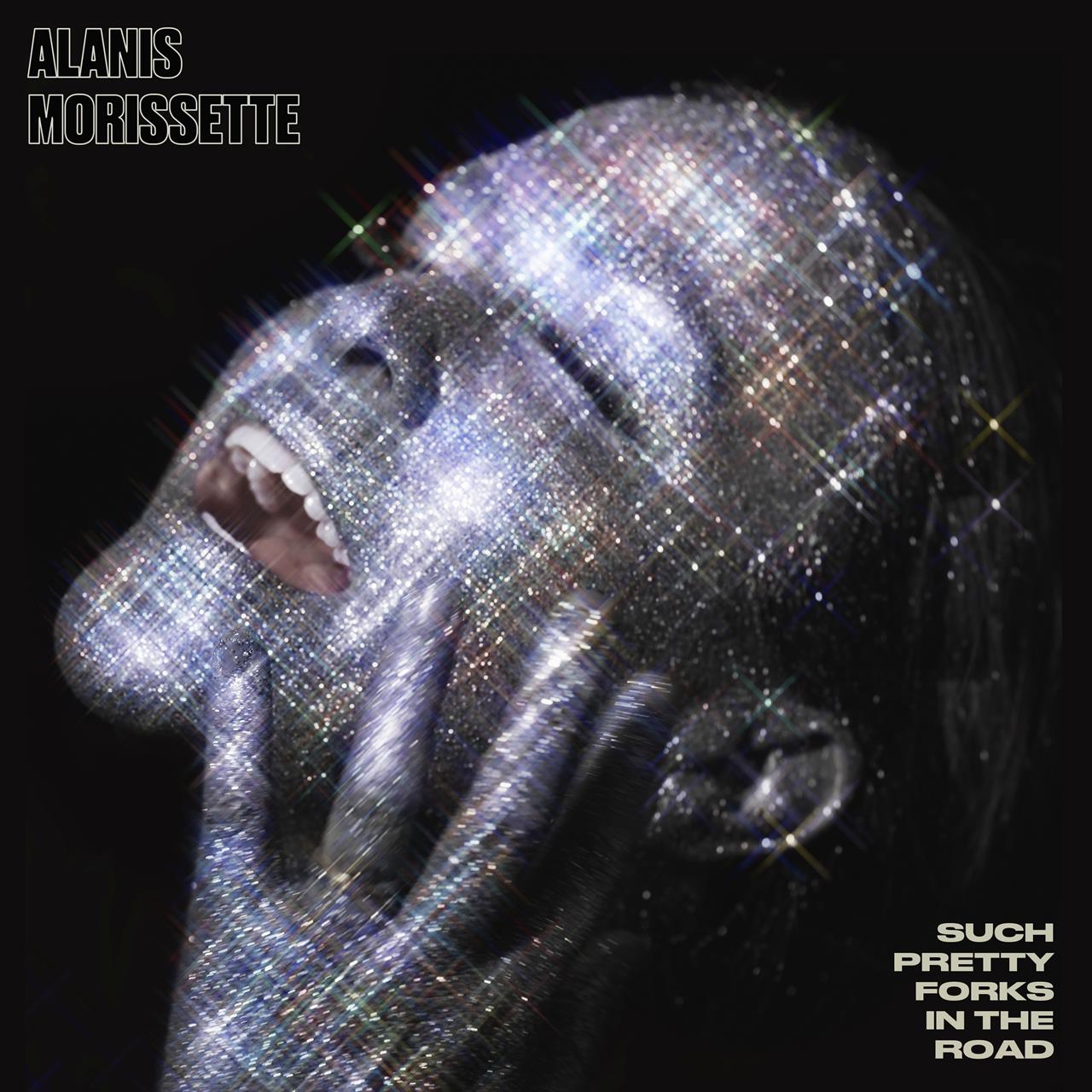 Expectations were high for Alanis Morissette‘s ninth album, Such Pretty Forks In the Road: not only because it marks her first album in eight years, but also because the shadow of her landmark LP, Jagged Little Pill, still looms large. With a musical version having debuted at Broadway last year and the 25th anniversary deluxe edition being unveiled earlier this year, Morissette was set to go on a Jagged Little Pill tour before the pandemic changed everything; it’s almost as if it wasn’t even worth comparing it to her most recent effort. After being repeatedly delayed due to COVID-19, it wouldn’t entirely be a surprise if Morissette decided to wait a couple more years to release the album.

Granted, Such Pretty Forks In The Road is no Jagged Little Pill, but it’s not trying to be; while that album was a landmark release for alternative rock thanks to its voraciously defiant expression of female angst, her latest finds her honing in her skills as an emotive songwriter, resting on the reliable musical territories of power balladry and soft rock while flaunting her powerhouse of a voice to unsurprisingly great effect. It’s certainly an improvement from her last album, 2012’s stultifying havoc and bright lights, which too often mistaked maturity as little more than self-indulgent psychobabble.

Rather than suffering from the same pitfalls, though, its follow-up sees her returning to the raw power of her confessional songwriting without repeating the same formula that brought her success. Instead, she infuses it with some of the theatricality that’s likely inspired by that Broadway production of Jagged Little Pill, which leads to some of the album’s brightest moments: ‘Reasons I Drink’ is undeniably the biggest highlight here, its jaunty piano line underlying some of Morissette’s most personal lyrics, which detail her struggles with addiction in a way that might not necessarily be revelatory but still stands out as strikingly potent. Of the many spare piano ballads on the album, ‘Diagnosis’ is the most compelling, tackling the subject of postpartum depression with dramatic instrumentation and lyrics that never feel contrived. “Call it what you want/ ‘Cause I don’t even care anymore,” she sings in desperation, “Call me what you need to/ To make yourself comfortable.”

Moments like these serve as much needed reminders that Morissette’s knack for writing powerfully direct songs hasn’t gone anywhere, and the album doesn’t dilute her signature approach as much as it sees her using it more sparingly, which makes stand-out tunes like the lilting ‘Sandbox Love’ hit that much harder. “Awkward as fuck/ Precious as fuck/ Scary as fuck,” she belts out on the track’s chorus, navigating what it means to have a healthy relationship with sex as a survivor of abuse. While both Morissette’s performances and her songwriting (here aided by Morrissey sideman Michael Farrell) are frequently riveting, they’re sometimes undercut by the less-than-dynamic, often thin instrumentation, which can make an otherwise promising track feel unremarkable. ‘Losing the Plot’ is driven by a kind of simmering tension that never really explodes, the distorted electric guitars losing their punch as they’re drowned out in the background. A track like opener ‘Smiling’, on the other hand, manages to evoke a much fuller sound without overshadowing Morissette’s singing, despite the fact that its chord progression and guitar tone are little too similar to Radiohead’s ‘My Iron Lung’.

Towards the end of the album comes ‘Nemesis’, which, with its imposing arrangement and propulsive rhythm section, achieves the kind of emotional release that’s exactly what this album needed. While some of the record’s most evocative moments are those where the stripped-back instrumentation acts as a backbone for Morissette’s stunningly expressive voice, like on the feminist ‘Her’, when the theatricality of the songwriting successfully matches her poetic brilliance, an entirely different kind of magic emerges. For many, Such Pretty Forks might be little more than a reaffirmation of Morissette’s many strengths, but despite its shortcomings, it also stands as a testament to her evolution as a songwriter. “When the glare of the lights grow dim/ And you’re left with a delicate real/When the bright lights clear, there’s just me sitting here,” she sings on the closing track, ‘Pedestal’. Wherever she decides to take her music next, that vulnerability is always going to be at its core; and though she wryly describes that exposed version of herself as “sometimes average, sometimes more”, when it manages to cut through, it really is a lot more.