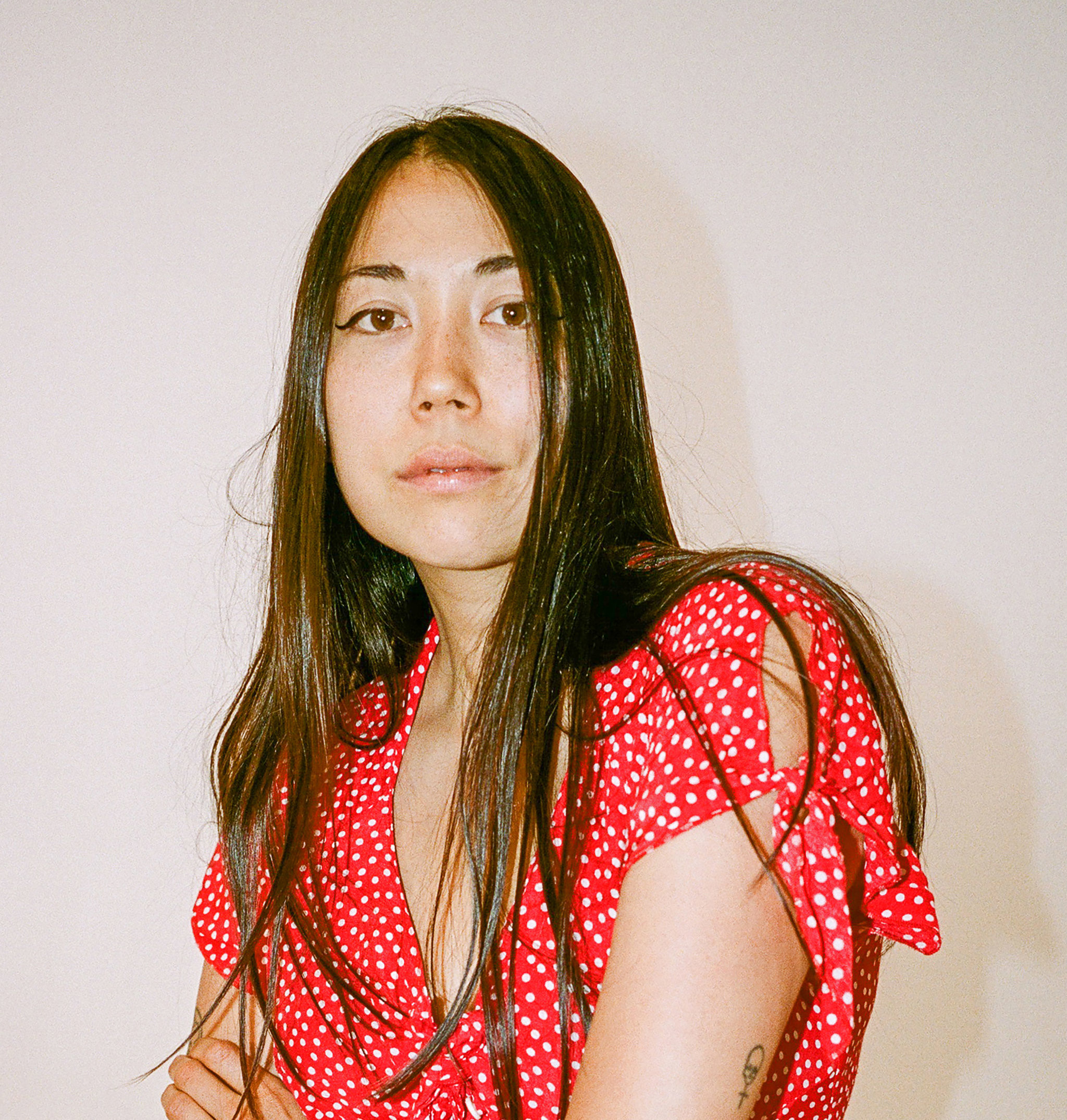 SASAMI‘s self-titled debut LP, released last year, saw Sasami Ashworth coming into her own as a songwriter. A classically trained French horn player who’s scored orchestral arrangements for films and commercials, she’s spent years making a name for herself in the LA music scene, joining Cherry Glazer in 2015 in addition to touring alongside the likes of Snail Mail, Soccer Mommy, Japanese Breakfast, and Mitski. Recorded onto an iPad while touring with Cherry Glazer, lyrics scribbled down in the Notes app of a smartphone, SASAMI is at once intimate, complex, and sonically ambitious – reflecting her versatility as an artist, it draws from the seemingly disparate worlds of shoegaze, jazz, and bedroom pop, from the incandescent guitar line of opener ‘I Was a Window’ to the simmering, hypnotic ‘Callous’. She retains some of that collaborative spirit, too, enlisting freak folk singer Devendra Banhart on the evocative ‘Free’ and previous collaborator Soko on the ethereal ‘Adult Contemporary’. She followed it up with the equally dynamic, holiday-inspired EP lil drmr bb a few months later, and earlier this year, she unveiled the driving single ‘Mess’, followed by a hauntingly prescient cover of System of a Down’s ‘Toxicity’. While we wait for SASAMI’s next LP, though, she’s made sure that the closing track of her debut gets lodged into our minds, resonating in a whole different way during these isolating times: “Thought I was the only one to be so alone in the night,” she sings atop a skeletal drum machine, “Turns out I was everyone.”

We caught up with Sasami Ashworth for this edition of our Artist Spotlight series, where we showcase up-and-coming artists and give them a chance to talk about their music.

My mom singing along to very dramatic, operatic Japanese folk music while washing the dishes.

Who are some artists you look up to, and why?

Alice Coltrane – epically talented as a musician, spiritual traveler and a Black femme icon. Liz Phair- just a ridiculously good songwriter. Her demos from when she was a teen/early 20’s blow me away. Kara Jackson- a songwriter and also youth poet laureate out of Chicago who is always pushing us to think harder and feel deeper.

What made you want to focus on your own music?

I guess I just spent a decade playing other people’s music, so I wanted to give myself a go at focusing on my own compositions. I definitely miss collaborating, and I’m finding new ways to do that on my upcoming creations.

It’s been a year since you released your debut album. How has the response been? Do you see the album any differently now?

I think many people find meaning/pleasure or something from it and that is great. I made it for myself, ultimately, so if even one other person finds it enjoyable or useful, then it I has exceeded its intended purpose. I think it’s an emotional album and I personally still listen to it and feel a lot.

What was the inspiration for your most recent single, ‘Mess’?

Just feeling like my life is messy but trying to stay focused of my own work and calmness despite it. I also just really wanted to play some ripping guitarmonies.

Why did you choose to cover System of a Down’s ‘Toxicity’?

Mess was recorded pre-pandemic, but Toxicity was recorded after the start of the Covid-era and the recent protests and social uprising. There is a sickness, a toxic foundation on which our country was built. This re-focusing and mobilization around the racism against Black folks and the way it manifests in medicine (covid-19), the economy, prison system, etc. really needs to be the main discourse we are paying attention to right now. I was hesitant to even put anything out last month, but I agreed since its proceeds benefited the National Bailout Fund. It seemed appropriate to sing something about the toxicity of society. Also I love System of a Down.

What are you working on at the moment?

Something like System of a Down meets the movie Lady Snowblood meets an epic thematic reprise in a Mahler symphony.

Anna Kendrick Admits The Hardest Things She Was Ever Asked To Do For Press (And How Terrified Everyone Is Of David Letterman)
Watch Sunny War Perform on ‘CBS Saturday Morning’
Megan Fox Has Gone Blonde With Bangs In a Dramatic New Year Cut
The Ark Sneak Peek: Watch the Action-Packed First Five Minutes
Gisele Bundchen, Jiu-Jitsu Instructor Joaquim Valente Ride Horses Together In Costa Rica