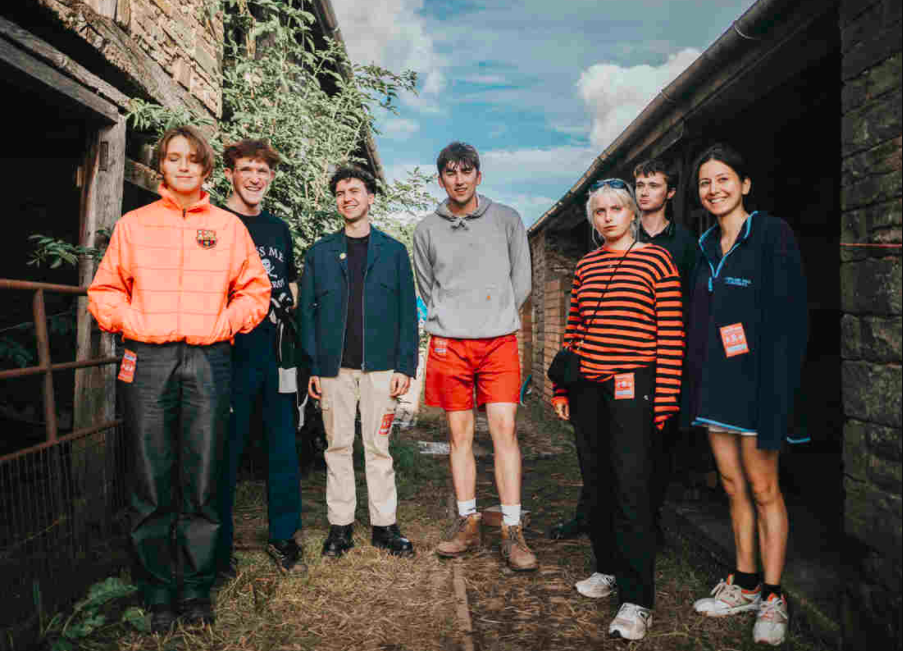 British newcomers Black Country, New Rock have shared a cover of Weezer’s ‘Say It Ain’t So’. The band were supposed to perform at the Haldern Pop Festival in Germany this summer, but as the festival was cancelled due the coronavirus pandemic, its organizers are hosting a series of Saturday Pop concerts instead, livestreamed from the Keusgen recording studio in Haldern. Check out their take on the Weezer classic, as well as the entirety of their performance, below.

Next year, Black Country, New Road will head out on a European tour, including a stop at the Electric Ballroom in London on March 3, 2021. Last month, the band unveiled the nine-minute track ‘Sunglasses’,  the follow-up to their much-hyped debut single, ‘Athens, France’.