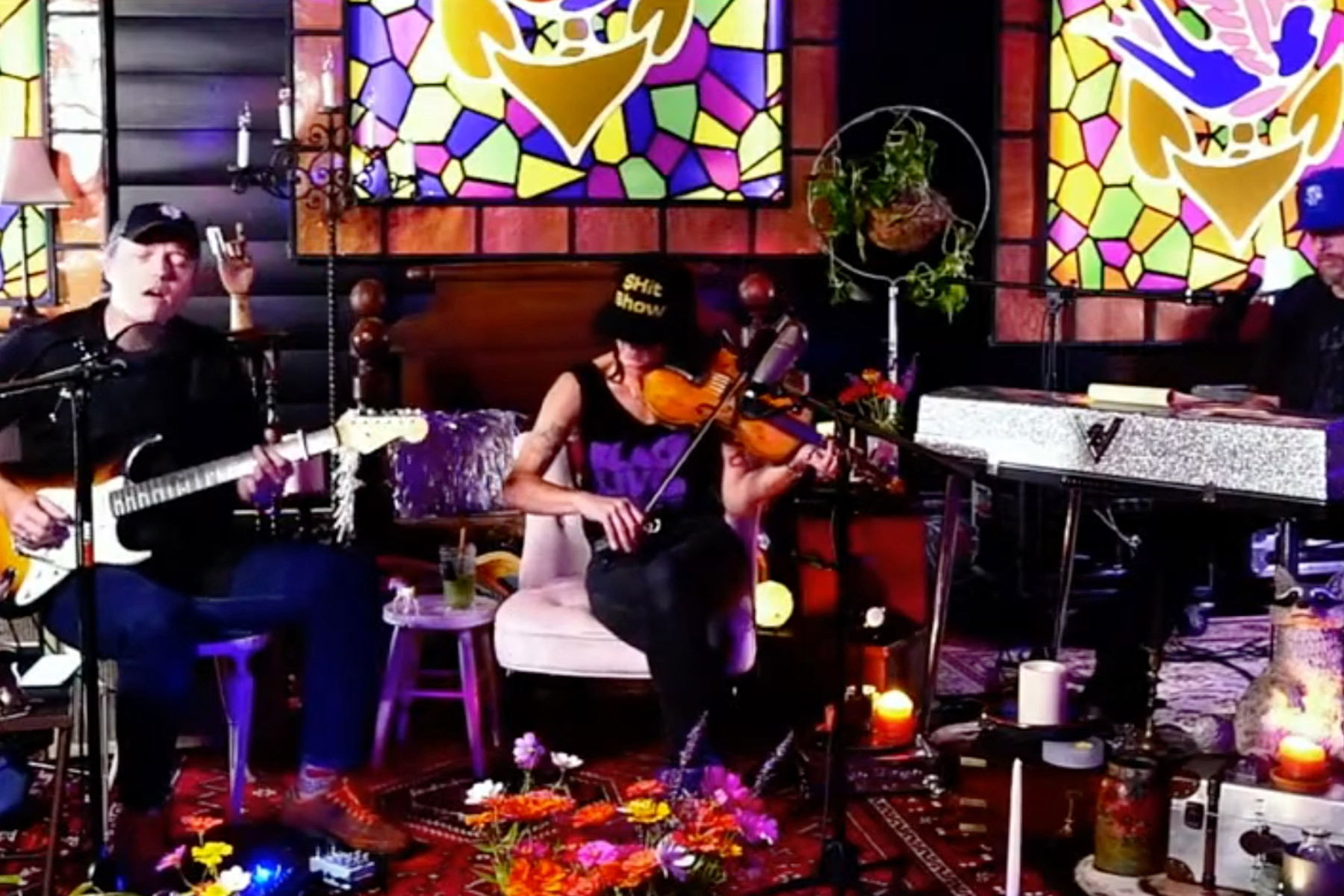 Amanda Shires has been hosting the livestream series Iso Lounging, often with her husband, Jason Isbell, from their home outside Nashville during quarantine. (Having a stained-glass backdrop at your disposal is pretty convenient if you’re a musician who wants to stage cool-looking shows in lockdown.) This past weekend, the couple brought on keyboardist Peter Levin for a series of covers, specifically ones with women’s names in the titles: Richard Buckner’s “Ariel Ramirez,” Bon Iver’s “Beth/Rest,” and Derek and the Dominos’ “Layla.”

Shires admitted, when introducing the 1998 track by her friend Buckner, that the “Ariel” in the title was named after a male Argentine composer, but she was willing to make the stretch. They also go through “Beth/Rest” twice so that Isbell can get Justin Vernon’s immaculate falsetto just right. “Ariel Ramirez” is at 7:41, “Beth/Rest” is at 15:48 (and again at 17:57), and “Layla” is at 31:40.

Isbell recently released the album Reunions with his band the 400 Unit, of which Shires is a member. Last month, the two kicked off Literary Hub’s new video-performance series in support of Mighty Writers, a Philadelphia-based nonprofit that teaches reading and writing to thousands of low-income and marginalized students every year. Shires and Isbell performed three songs from Shires’ 2018 album To the Sunset.

Most Wanted Music: 2023’s Country and Americana Album Releases
Artist Spotlight: Clara Mann
Review: ‘Bones And All’ Is The Latest Coming Of Age Romance with A Twist
‘Eric The Trainer’ Fleishman, Celebrity Trainer, Dead At 53
Pet Shop Owner In ‘Best In Show’ ‘Memba Him?!