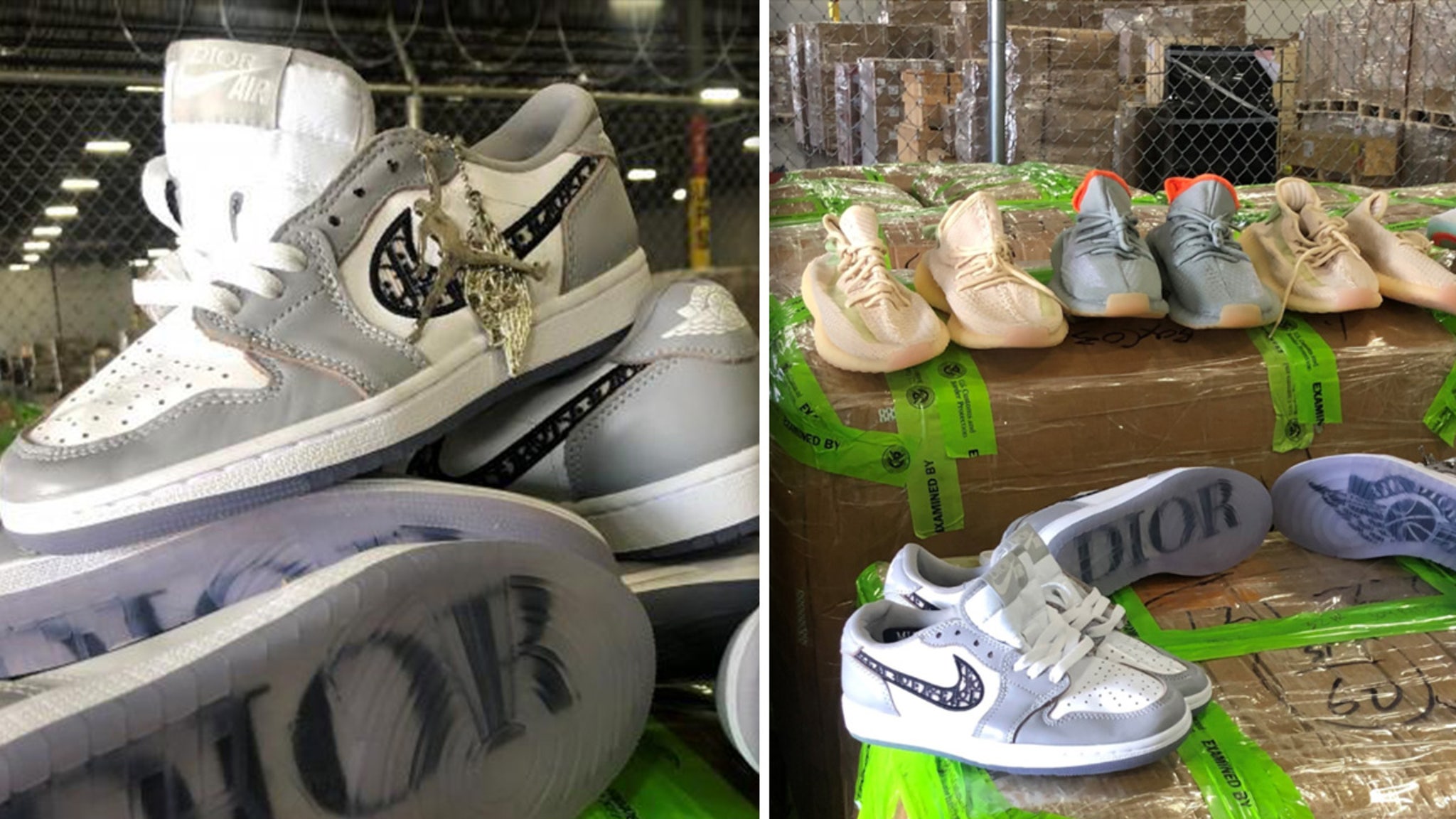 Federal agents say a massive shipment of footwear on its way to Mexico contained millions of dollars worth of fake shoes — including some coveted, rare Jordans and Yeezys.

U.S Customs and Border Protection announced the bust their agents down at the Dallas/Fort Worth port this week — where they seized a haul which included over 1,800 pairs of phony Limited Edition Dior X Air Jordan 1 kicks that were heading to retailers south of the border.

These specific shoes retail for about $2,000 a pop on the market, and all in all … the feds say the shipment was worth upwards of $4.3 million.

The agents add that the boxes — about 60 of which were targeted, all coming from China — had all the markings of a scam … bad packaging, poor quality and the officers’ previous experience with this sort of thing told them the shoes weren’t legit, so they halted them.

The Jordans weren’t the only sneakers in the mix — as you can see in the photo above, it looks like there are some Yeezy 350 Boosts scattered throughout as well … knock-offs, we should note. USCBP says several different shoes with Nike and Adidas logos were spotted.

They also say they gave the shipment’s cosigner the chance to submit proof of Trademark Licensing before taking it outta their hands. Obviously, their paperwork wasn’t up to snuff.

BTW … this sorta scheme can generate tens of millions of dollars if it goes undetected — according to the customs team, more than $37 mil of an MRSP was recorded in counterfeit shoes sales in 2019 alone. So, be on the lookout for Jordans and Yeezees on the street.

Chingy Guests On The Simonetta Lein Show On SLTV
LeBron James’ 2013 Finals Game 7 Jersey Sells For $3.7 Million
Parannoul Releases New Album ‘After the Magic’
Emilia Clarke’s The Pod Generation Is A Clever Sci-Fi Satire About The Future Of Pregnancy
How Harry Melling Went from Dudley Dursley to In-Demand Character Actor