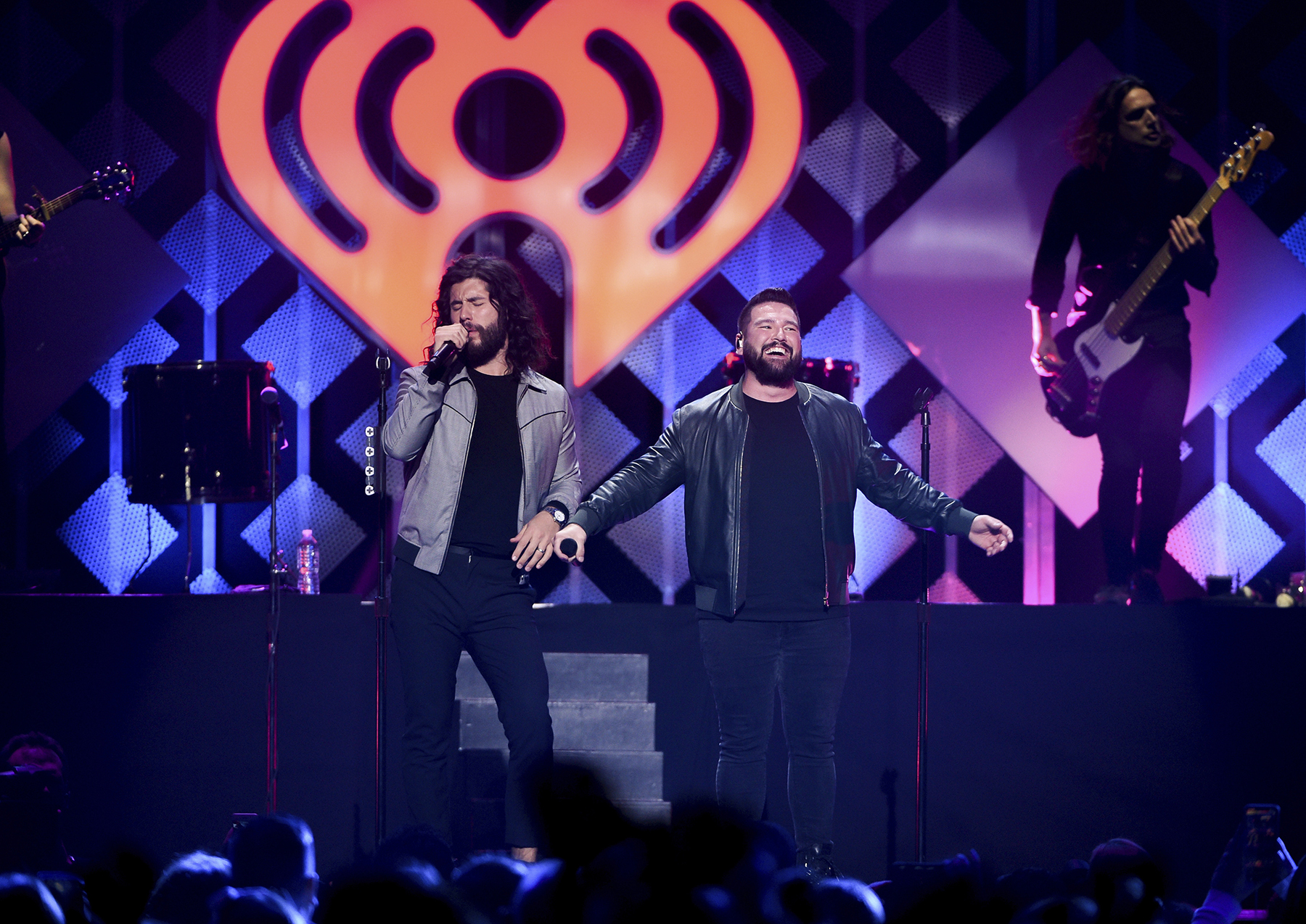 Dan + Shay have announced the rescheduled dates of their headlining tour. Originally set for 2020, the trek was scuttled because of the Covid-19 pandemic. The Arena Tour, as it’s dubbed, will now kick off September 9th, 2021, in Greenville, South Carolina. The tour stretches into early December, with stops in New York, Chicago, Salt Lake City, and Atlanta.

“Thank you to our fans for being so patient while we worked through the rescheduling of the (arena) tour,” the Grammy-winning duo wrote on Instagram. “We’re absolutely crushed that it wasn’t able to happen this year, but your safety is more important to us than anything, so we made the difficult decision to move the tour to 2021. Even though it seems like an eternity, the new year will be here before we know it, and we promise it will be worth the wait.”

Dan + Shay released their new single “I Should Probably Go to Bed” late last month. A song about temptation, it was recorded by the group’s Dan Smyers at his home studio in Nashville during quarantine. “I’ve had that phrase written in my phone for a long time,” he told Rolling Stone. “Everybody’s gone through that. It’s just that classic tale of temptation, of something pulling you and rendering you kind of defenseless.”

Song You Need to Know: Dan + Shay, ‘I Should Probably Go to Bed’

The 25 Best Bob Dylan Songs of the 21st Century

Smyers and Shay Mooney also filmed a video for the song, which finds them being tossed about inside a floating house.