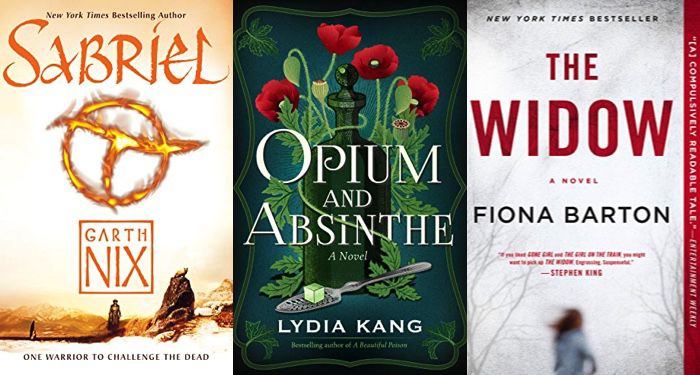 The Paper Bark Tree Mystery by Ovidia Yu for $3.99

Intimations by Zadie Smith for $4.99

The Food Explorer by Daniel Stone for $1.99

Into the Crooked Place by Alexandra Christo for $2.99

Newcomer by Keigo Higashino for $1.99

Vox by Christina Dalcher for $1.99

Mrs. Everything by Jennifer Weiner for $4.99

Godshot by Chelsea Bieker for $2.99

Antigone Rising by Helen Morales for $3.99

When Women Were Birds by Terry Tempest Williams for $2.99

Horrorstor by Grady Hendrix for $2.99

The Price Guide to the Occult by Leslye Walton for $4.99

Ayesha At Last by Uzma Jalauddin for $4.99

The Ballad of Black Tom by Victor LaValle for $3.99

Yaqui Delgado Wants to Kick Your Ass by Meg Medina for $2.99

X: A Novel by Kekla Magoon and Ilyasa Shabazz for $0.99

The Ark Sneak Peek: Watch the Action-Packed First Five Minutes
ABC Not Looking for T.J. Holmes and Amy Robach Replacements
Anna Kendrick Admits The Hardest Things She Was Ever Asked To Do For Press (And How Terrified Everyone Is Of David Letterman)
The Loch Ness Monster Absolutely Can’t Be an Eel, Study Shows – Yahoo News
Ridge Wallet Review: Why It’s Our Favorite Minimalist EDC in 2023