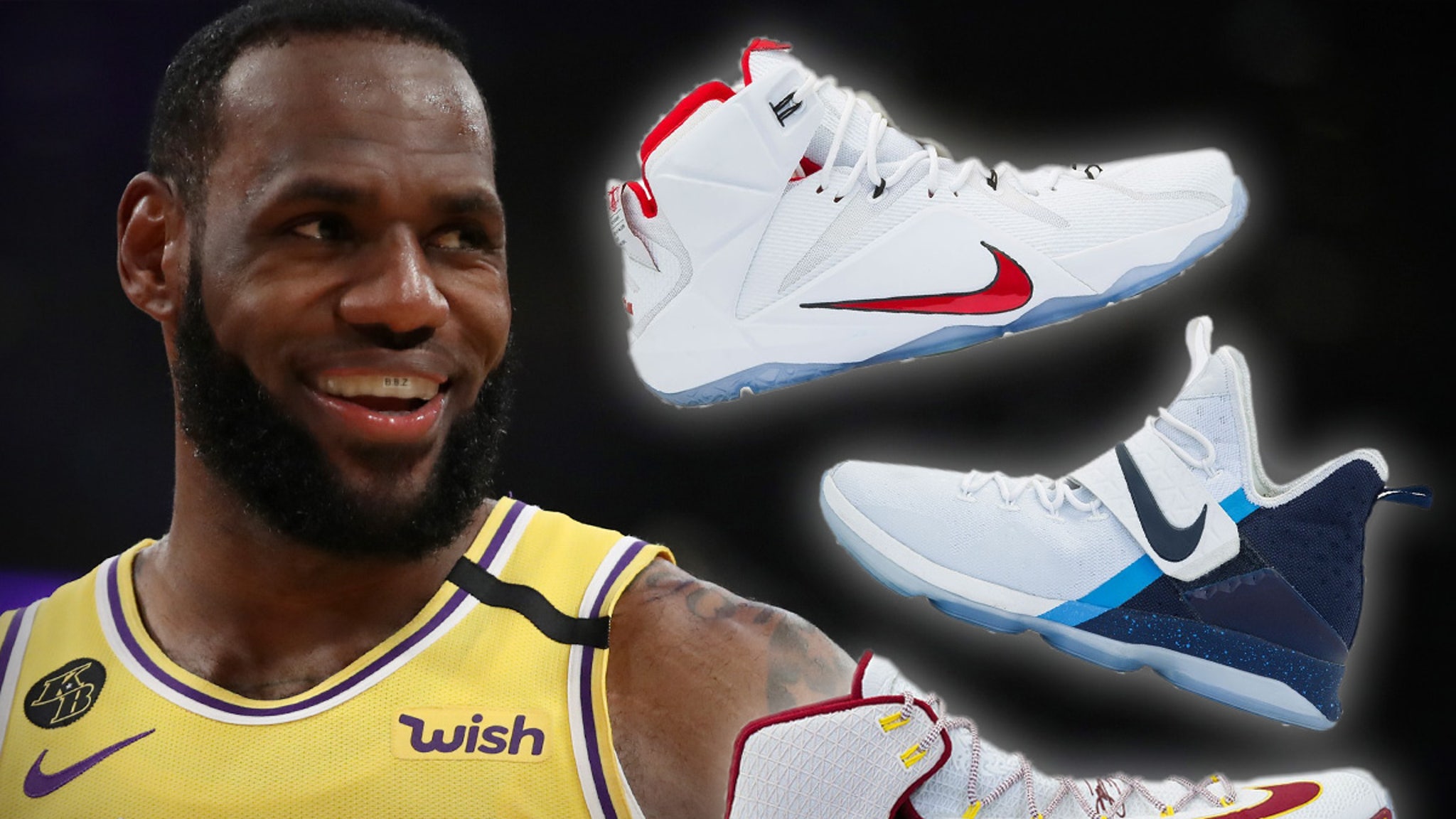 A brilliant charity move from LeBron James is living on … the King is still selling off a bunch his game-worn sneakers — with all the proceeds going toward his I Promise school in Ohio.

LBJ started the charity event a while ago … giving collectors the option to buy one of his game-used shoes in exchange for a ton of cash that’ll help the Bron-backed school in Akron.

Officials at Upper Deck, which is facilitating the sales, say with the purchase of a $15,000 pair … one of the shoes will go to the collector, while the other will go on the famous “Wall of Shoes” at the school.

UD officials add the buyer will also be able to personalize a plaque that goes along with the sneaker at the school.

In the meantime, the “I Promise” students benefit from it all the most … with Upper Deck saying the cash from the sale will go directly toward helping fund school programs and initiatives.

By the way, the shoes are REALLY cool … they’re all from LBJ’s super successful line of kicks — and some were even worn in some of Bron’s best games — like his triple-double in Detroit in 2015.

In fact, the charity idea is so cool … PGA Tour star Bubba Watson has already contributed, throwing down cash for a pair of shoes Bron wore during the 2017 NBA Finals.

“We can see the positive change that LeBron is creating in his hometown,” Watson said, “and I am happy to support such an important initiative that continues to impact countless lives in the community.”