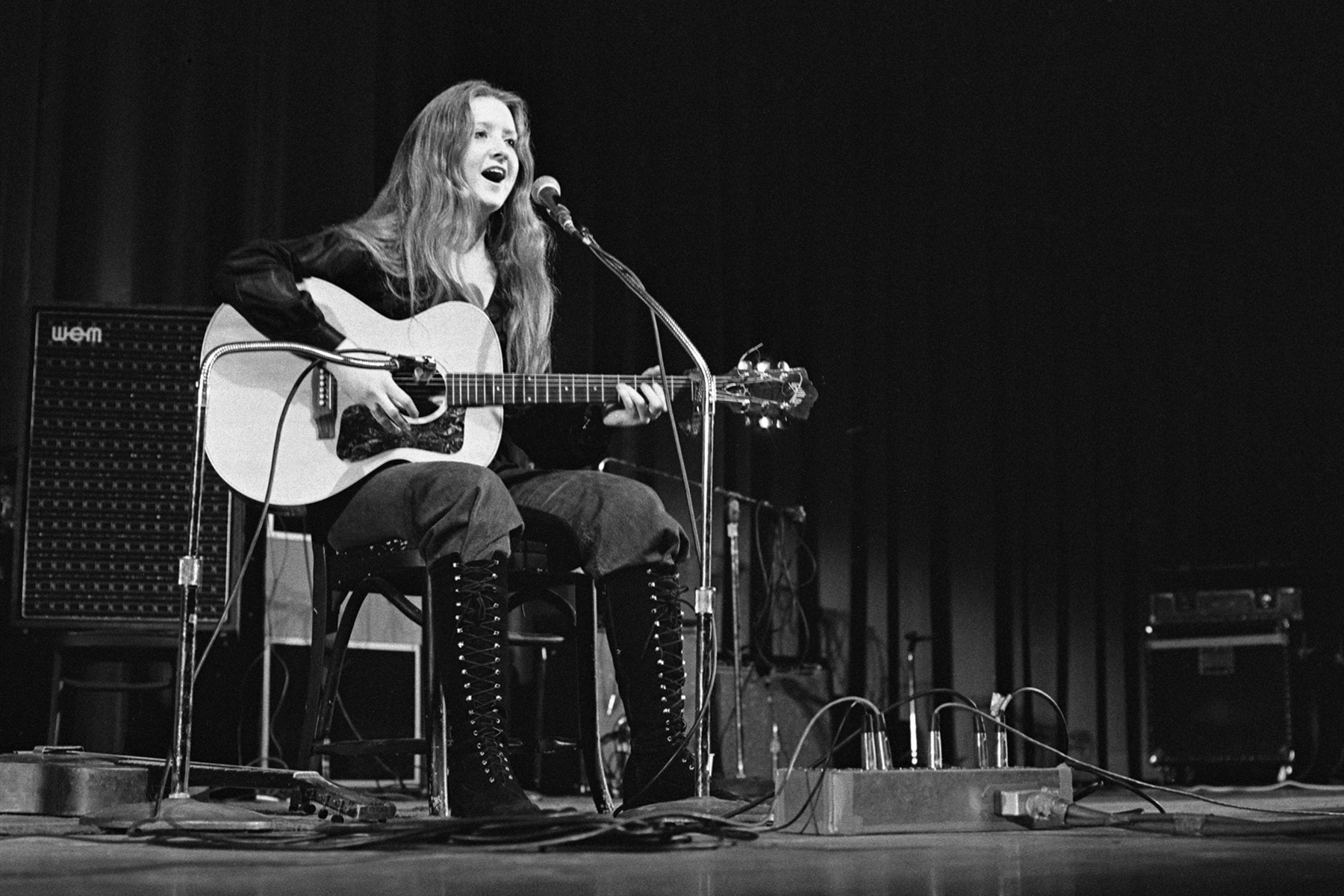 Since writing “Woodstock” inside a New York City hotel room, Joni Mitchell’s counterculture anthem has been covered repeatedly throughout the last 50 years, most famously with Crosby, Stills, Nash and Young’s electrifying version on Déjà Vu.

Now, a folky rendition by Bonnie Raitt has been unearthed, recorded at a March 27th, 1971, performance at Syracuse University’s Jabberwocky Club. Raitt was just 21 and eight months away from dropping her self-titled debut. Unlike many covers of Mitchell’s spiritual song, Raitt’s is stripped-down and acoustic, using solely her voice to channel the muddy festival on Max Yasgur’s farm. Her register is akin to Mitchell’s, soaring through the octaves with each line: “And I dreamed I saw the bombers/Riding shotgun in the sky/And they were turning into butterflies/Above our nation.”

Prior to closing its doors in 1985, the Jabberwocky Club hosted James Brown, James Taylor, Jackson Browne, Roger McGuinn, and more. The campus’ FM radio station, WAER, would broadcast the live performances in New York. Raitt’s set has been bootlegged, but is extremely rare.

While in conversation with Brandi Carlile for Rolling Stone‘s Musicians on Musicians package last year, Raitt discussed Mitchell and the songwriter’s return to the public eye. “I don’t get to see her very much,” she said. “We had some classic hangs at my house in the Seventies, one time with Jackson [Browne] and Graham [Nash]. It’s just a thrill for me to be back in a musical setting with her.”

Review: Brendan Fraser and Sadie Sink Give A Standout Performance In ‘The Whale’
Parannoul Releases New Album ‘After the Magic’
Here are the 2023 Newbery, Caldecott, and Printz Award Winners
‘Talk to Me’ – A24 in Final Talks to Acquire Sundance Horror Movie
Regal Parent Cineworld Has Reached Out To 30 Potential Buyers As It Pursues Sale; Initial Bids Due Next Month