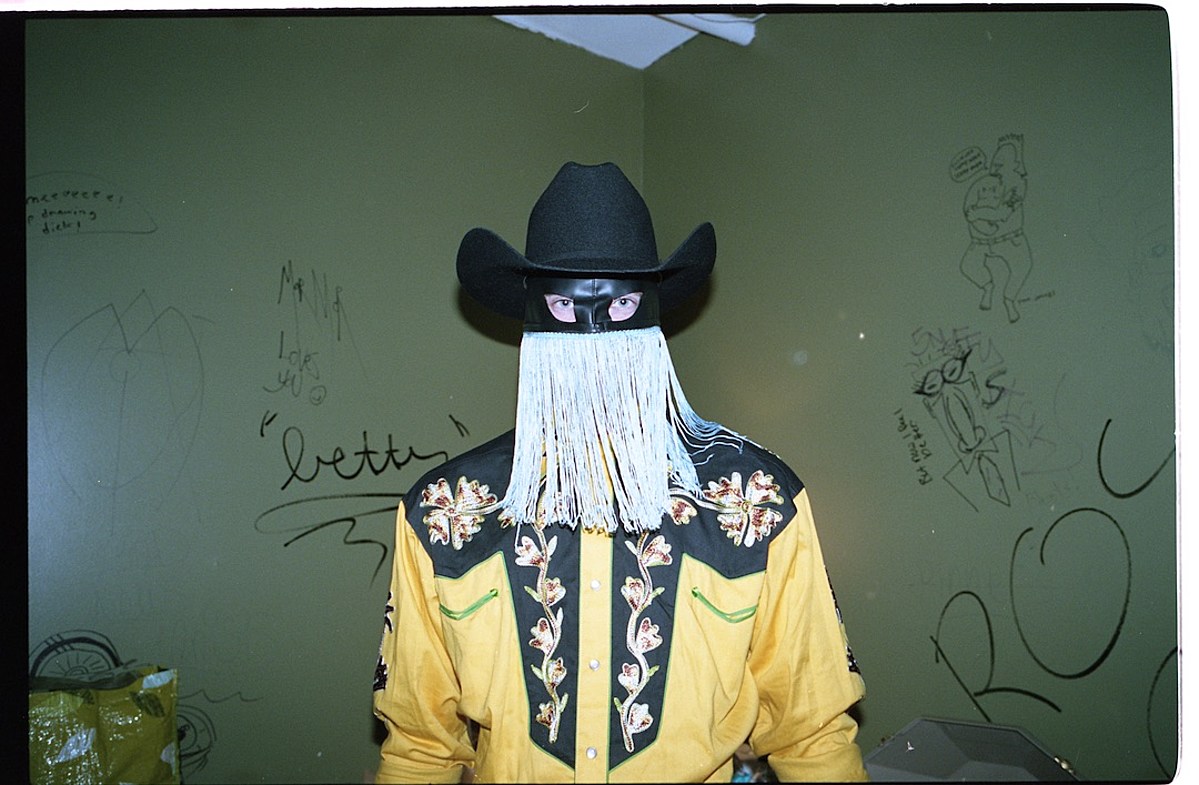 If you ask Orville Peck, he’ll tell you that there are two original versions of “Fancy”: one by Reba McEntire; the other by Bobbie Gentry. Both performers, he says, interpreted the song with uncanny authenticity, each making it her own to the extent that it’s reasonable to call either one the “original.”

McEntire’s version made “Fancy” famous and created an uptempo anthem that has inspired stadiums upon stadiums of fans to sing Fancy’s rags-to-riches story back at her onstage. It’s also the version that Peck draws from more when he performs “Fancy” during his live set, and the version that was his favorite as a child.

“I liked the high energy of that version when I was a kid especially,” Peck explains — but when he brought “Fancy” into the studio to cut it for his Show Pony EP, he took a different tactic.

“I wanted to take it back a little bit toward the Bobbie Gentry version,” the singer shares. “I think the really special thing about Bobbie is that she was so ahead of her time in a lot of ways. I feel like her songs were so immersive and atmospheric in the storytelling; they really transport you to a place and a time, and feel so much like you’re living through the experience of what she’s singing about.”

Compared to McEntire’s, Gentry’s “Fancy” is sparse. Whereas McEntire leans into the song’s anthemic resilience, Gentry hones in on the lyrics’ more chilling side: the story of a young girl whose dying mother introduces her to a life of upscale sexwork in a last-ditch effort to save her from the family’s destitution. Peck’s studio version takes cues from Gentry’s take, dialing back the instrumentation so listeners can really hear every excruciating word of the song.

Peck also wanted to put his own spin on the song, too, by switching up some of the pronouns and playing with the concept of gender in the storyline. ”I wanted to evolve the song a little bit,” Peck notes, “… and kind of give the song a new perspective … as well as put my own dark take on it.”

Just as McEntire did before him, Peck hoped to recreate the song both as an homage to his predecessors and also as a standalone piece that represents a whole new aspect of “Fancy.” He hopes that his version will be one in a long line of artists who come along and apply their own experiences and musical identities to the track.

“And then, maybe, in a few years, there’ll be a new young country artist, or someone else, who’ll do their own take on “Fancy,”” he notes. “And the song will continue to have a beautiful career where it evolves each time.”

Who Is Orville Peck? 5 Things You Need to Know