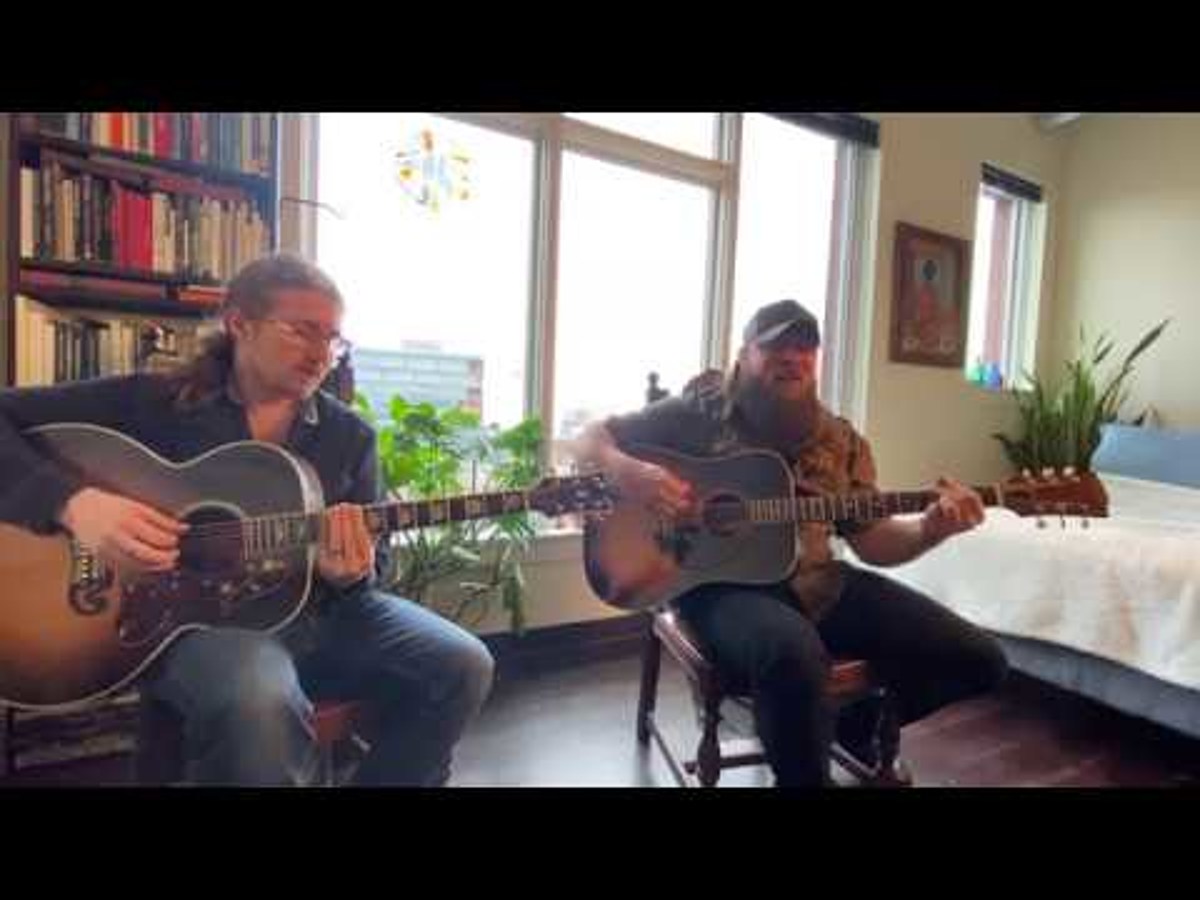 Fans will find “Fire and Flame” on singer-songwriter George Shingleton‘s forthcoming new EP — but until then, they can hear it via this Guest Room Sessions performance. Shingleton’s guest for the one-song set is his friend and fellow artist Shane Sanders.

Shingleton and Sanders filmed their Guest Room Sessions clip in Sanders’ apartment, which overlooks downtown Nashville. The artist is excited to give fans “a raw, more broken down version of the song” with their performance.

“Mostly, because [I hope] they might catch a different vibe or emotion from another aspect of it,” Shingleton explains. “I wanted Shane to play and sing on the recording because he’s a phenomenal artist/musician. He and I have been playing music together now for over six years and well over 1,000 shows together at this point.”

Sanders plays guitar on the studio version of “Fire or Flame,” which is out now, along with another song from Shingleton’s next EP, “Handful of Hell.” Shingleton co-wrote “Fire or Flame” with his producer, Dave Pahanish.

“I think a lot of people have been in a relationship at least once, where they weren’t sure of the other person’s feelings,” says Shingleton of the track. “That’s where the idea stemmed from for this song; the anxiety of hanging on the line for someone who you love can be nerve-wracking. A fire is long-standing, but a flame burns or can be put out easily.”

Shingleton is a West Virginia native who learned gospel, bluegrass and Appalachian music traditions; country, blues and Southern rock inspired him as a teenager. His wife, who encouraged him to pursue a music career, often informs his material. Visit GeorgeShingleton.com for more info.

The Future of Canada Goose Is Fur-Free and Gen Z-Approved
‘Avatar: The Way Of Water’ Moves Up To No. 4 Biggest Movie Ever Global, Leaving ‘Force Awakens’ In Its Wake
‘M3GAN’ and Six More of the Most Memorable Killer Androids in Horror
Dave Matthews Band Announce New Album ‘Walk Around the Moon’, Share New Song
Dior Took Flack For Working With Johnny Depp After The Amber Heard Trial. Turns Out, It’s Going Well