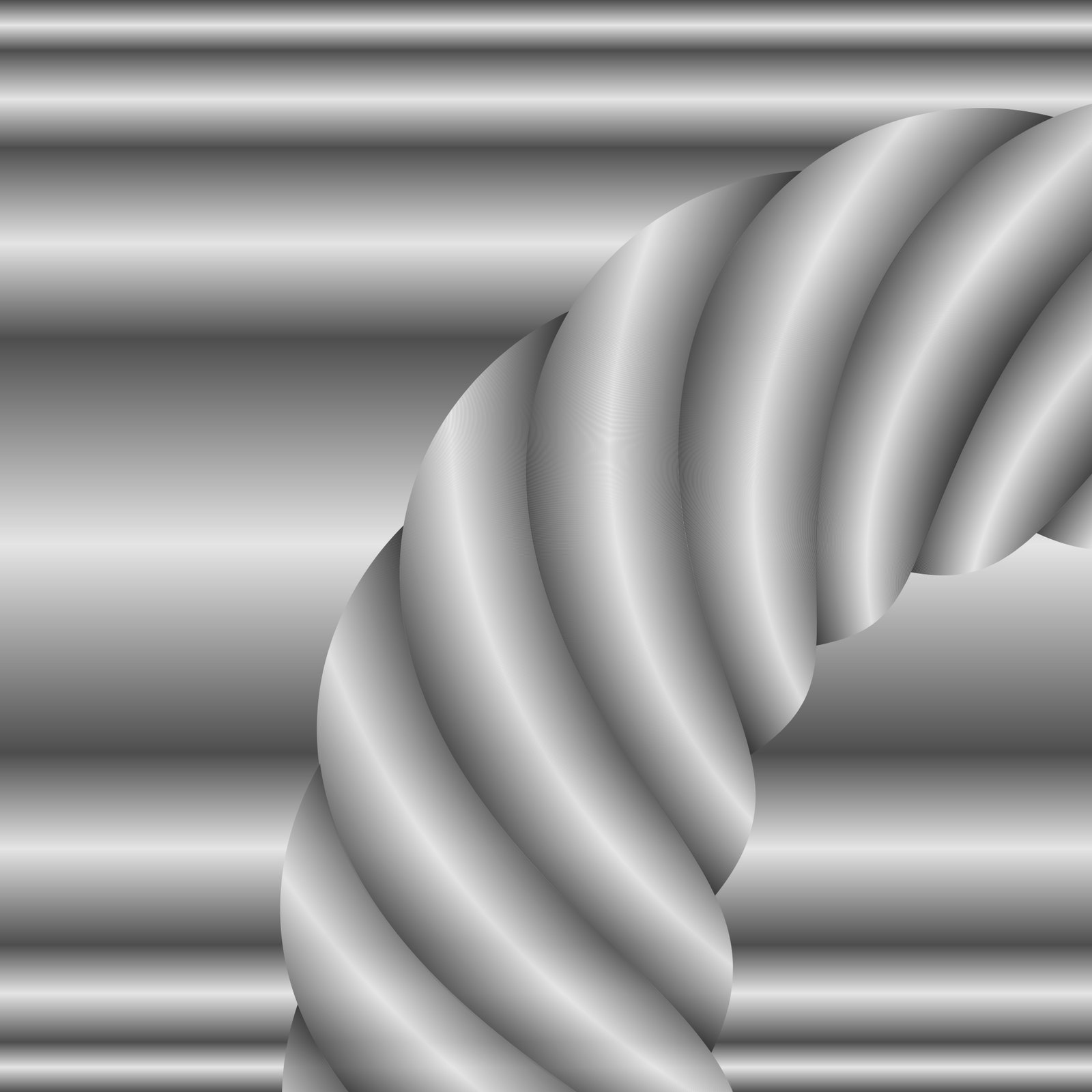 For the past decade, A. G. Cook has been instrumental in carving out a new path for a generation of pop artists operating in the margins of the mainstream. Since he founded the hugely influential PC Music label in 2013, he’s excelled at staying mostly in the shadows, helping artists like Charli XCX redefine their sound while paving the way for genre-bending acts like 100 gecs and Rina Sawayama. Just this year, he contributed to both Charli’s lockdown album and 100 gecs’ star-studded remix LP. And now, he’s come out with his first-ever debut solo effort under his own name, a 49-track record that stands as a testament to the producer’s unquenchable creativity.

Releasing an album as long as Stanley Kubrick’s swan song might be seen as a bold attempt at putting his own name into the spotlight after years of working in the background, but 7G feels less like a definitive statement than a captivating behind-the-scenes look into Cook’s creative process. Divided into seven sections – drums, guitar, supersaw, piano, Nord, spoken word, and extreme vocals – the album is experimental not so much in the way the term is often used in association with the hyperpop scene, but in the original sense of an artist trying out new ideas and seeing what sticks. The opening section feels the most like that, which is why it’s likely the one that will test most listeners’ patience: if you can make it through some of the semi-formless experiments on ‘Drums’ – including a near-one minute drum solo with none of the texture or build-up of, say, a track like ‘Acid Angel’ – you’ll probably find a lot to cherish on the rest of 7G.

If PC Music’s output has largely been about deconstructing pop music’s formula, 7G peels back even more layers to unveil the workings of that process. This leads to some tracks feeling half-baked, while others drag for too long with little rhyme or reason; for the most part, they sound like snippets of ideas we might hear fully develop on a future project. But that doesn’t necessarily detract from the appeal of what A. G. Cook presents here: the album lays out what it sets to do right from the start, and it works best if you pick and choose your favourite moments rather than attempting the daunting task of listening to it all the way through.

Where this the work of a producer without the skill and experience that Cook has, 7G might have come off as someone toying around with a newly purchased DAW and being fascinated by the sounds that come out of it. But a lot of what Cook has crafted here is undeniably gorgeous, like the richly rendered guitar on the ethereal ‘Gold Leaf’, which reveals levels of depth and nuance as its distorted guitar starts to teeter on the edge of breaking down. Equally entrancing is ‘Lil Song’, a collaboration with Oneohtrix Point Never’s Daniel Lopatin that soars above twinkly arpeggiated keys. Both of these are taken from the ‘Guitar’ portion of the album, which also includes a reinvigorating take on Blur’s ‘Beetlebum’; together with his notable renditions of Smashing Pumpkins’ ‘Today’ and The Strokes’ ‘The End Has No End’, it makes you wonder what a full LP of indie covers from PC Music’s greatest stars would sound like.

Thoughout 7G, Cook leans into the softer side of the experimental pop scene rather than its affinity for abrasive, over-the-top stylings, and in doing so, sheds a lot of the artifice that’s associated with it. This comes through in the sensitive croons of the acoustic highlight ‘Being Harsh’ or the gentle arrangements that make up majority of the ‘Nord’ section, including an evocative rendition of Taylor Swift’s ‘The Best Day’ – perhaps the least obvious choice of all the covers here, but excellent nonetheless. It certainly says something that Cook chose to record his own take on Charli XCX’s ‘Official’ from 2019’s Charli, perhaps the most heartfelt song the pop artist has ever penned, and a sort of indication of what would come with how i’m feeling now a year later. For all the noisier moments that are peppered across tracks like ‘Illuminated Biker Gang’ or the ridiculously titled ‘Polysphloisboisterous’, the album seems to be suggestive of pop’s larger shift towards introspection and sincerity.

The music A. G. Cook has been associated with could rarely if ever be characterized as accessible, but 7G is bound to divide some of even the most ardent PC Music fans, though for entirely different reasons. But for every potentially underwhelming sketch here, there are a dozen more that are exciting if not always memorable. The inclusion of covers of popular songs – especially the stand-out rendition of Sia’s ‘Chandelier’ featuring Caroline Polachek – as well as more fully-realized compositions like the glitchy ‘Show Me What’ with Cecile Belive (also from the ‘Extreme Vocals’ section) make the project a lot more listenable than it otherwise could have been, even if it’s not meant to be listened to in the traditional fashion. 7G is no doubt an ambitious endeavor from PC Music’s enigmatic mastermind, but oddly enough, it also seems to be just a hint of what’s to come.