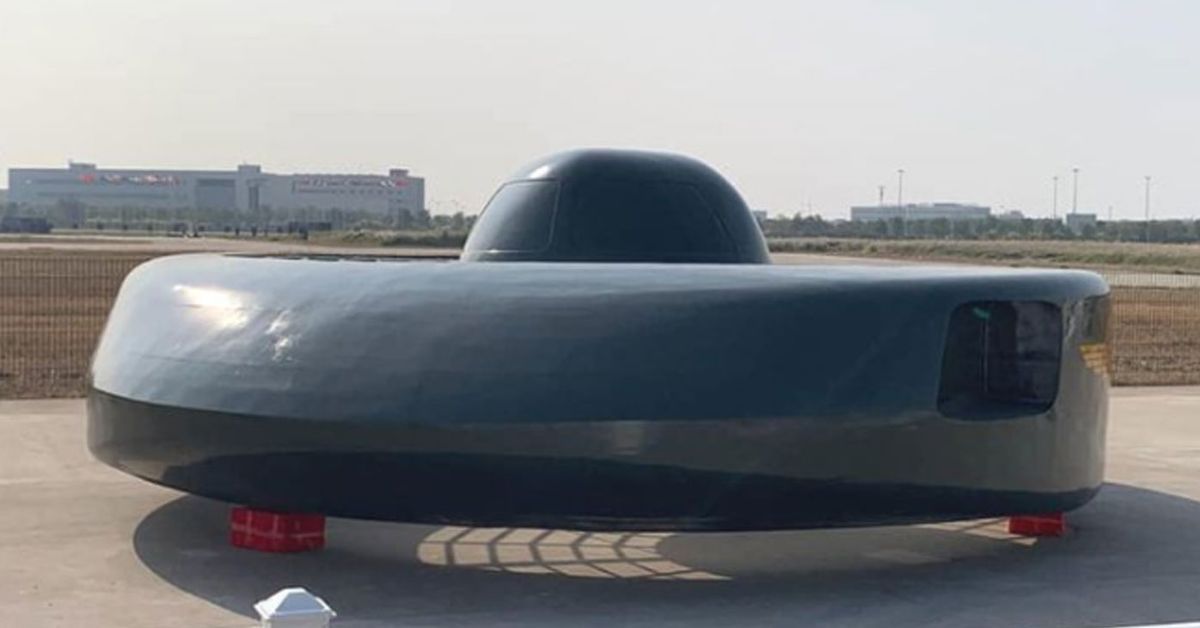 Paranormal News
Share on Facebook
Share on Twitter
Share on Pinterest
Share on LinkedIn
The US Defence Department’s decision to set up a new UFO task force is less about aliens and more about superpower rivalry on Earth, according to a security expert.
Last week, the Pentagon announced it was creating the Unidentified Aerial Phenomena Task Force (UAPTF) to “detect, analyse and catalog UAPs that could potentially pose a threat to US national security”.

The news triggered a flurry of speculation about aliens in flying saucers.

But Malcolm Davis, senior analyst at the Australian Strategic Policy Institute, told Nine.com.au the new unit is more concerned about the threat of advanced technologies from nations seeking to challenge the US.

WHAT PROMPTED THE PENTAGON MOVE

US military officials have long expressed concerns about the appearance of the unidentified aircraft that have flown over US military bases, posing a risk to military jets. There is no consensus on their origin with some believing they may be drones potentially operated by earthly adversaries seeking to gather intelligence rather than extraterrestrials.

“The US is clearly taking things seriously. They want to get a handle on this thing,” Dr Davis said.

WHAT COULD THE UNIDENTIFIED AIRCRAFT BE

“It could be a US black project the military is testing around Area 51 in Nevada. By making this new unit official, it would offer a way to bury the project in official secrecy,” he said.

But he said the US should be worried if the source of the unidentified aircraft is a rival power.

“It could be an advanced drone developed by China or Russia. If it is this type of technology, the US has real reason to be concerned.”

WHAT THREAT DO THE UNIDENTIFIED AIRCRAFT POSE

Short videos released by the US Defence Department of Navy fighter jets encountering UAPs revealed their lightning speed and manoeuvrability.

Footage appeared to show unidentified flying objects rapidly moving while recorded by infrared cameras. Two of the videos contain US Navy pilots reacting in awe at how quickly the objects are moving. One voice speculates that it could be a drone.

The speed of the objects appeared to be far greater than advanced US warplanes, and set alarm bells in the Pentagon.

“These objects have been reported by credible figures including military pilots,” Dr Davis said.

“The US military were correct to take the threat seriously.”

“The unknown aircraft appeared to be small in size, approximately the size of a suitcase, and silver in colour,” one Pentagon report describing an incident from March, 2014, said.

The Ballad Of Songbirds And Snakes Star Rachel Zegler Reveals Why She Originally Turned Down The Role In The Hunger Games Prequel
The Future of Canada Goose Is Fur-Free and Gen Z-Approved
Brad Pitt Makes Super Bowl Pick, ‘Chiefs, Baby!’
‘M3GAN’ and Six More of the Most Memorable Killer Androids in Horror
‘Avatar: The Way Of Water’ Breaks Box Office Records For CJ 4DPlex Theaters With $85M WW