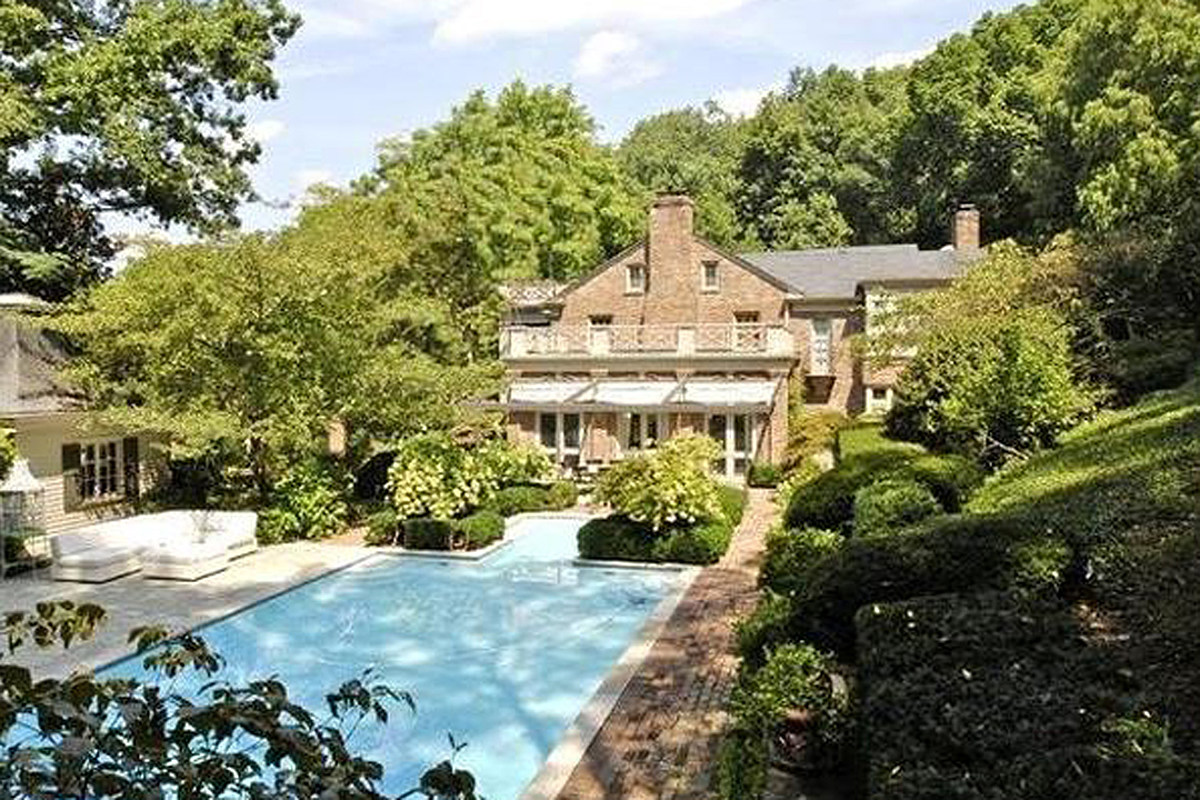 Tim McGraw and Faith Hill are one of country music’s most famous power couples, but they share more than their great artistry in music. The superstars also have exquisite taste in real estate, as photos of their former mansion in Nashville demonstrate.

McGraw and Hill married in 1996, and in 2004, they purchased a home in the historic upper-crust Belle Meade area of Nashville that dates back to 1934. Nashville’s City Paper did not disclose what the couple paid for the house, but the home and its surrounding 11.6 acres had been appraised at $2.4 million that year.

Zillow reports that the house on Chickering Lane in Nashville has five bedrooms and 11 bathrooms, for a total of 9,900 square feet. The listing describes it as a “beautiful and private estate,” touting amenities that include a modern gourmet kitchen that opens onto the family room, as well as separate nanny and guest quarters.

There’s also a full home theater and a four-car garage. The pool house includes a full loft with an extra bedroom.

McGraw and Hill listed the house on Chickering Lane in 2009, after they moved their family into the dream home they had built from scratch in the Nashville area. Property records via Zillow show the Chickering Lane property sold most recently in 2013 for $2,800,000.

The country superstars also owned an 11,000-square-foot, six-bedroom, nine-bathroom mansion in Beverly Hills, which they sold for $9.5 million in 2009. They continue to own a historic rural estate on a large piece of land in Leiper’s Fork, Tenn., in addition to their primary residence, which public records show is a five-bedroom, 10-bathroom, 22,460-square-foot home.