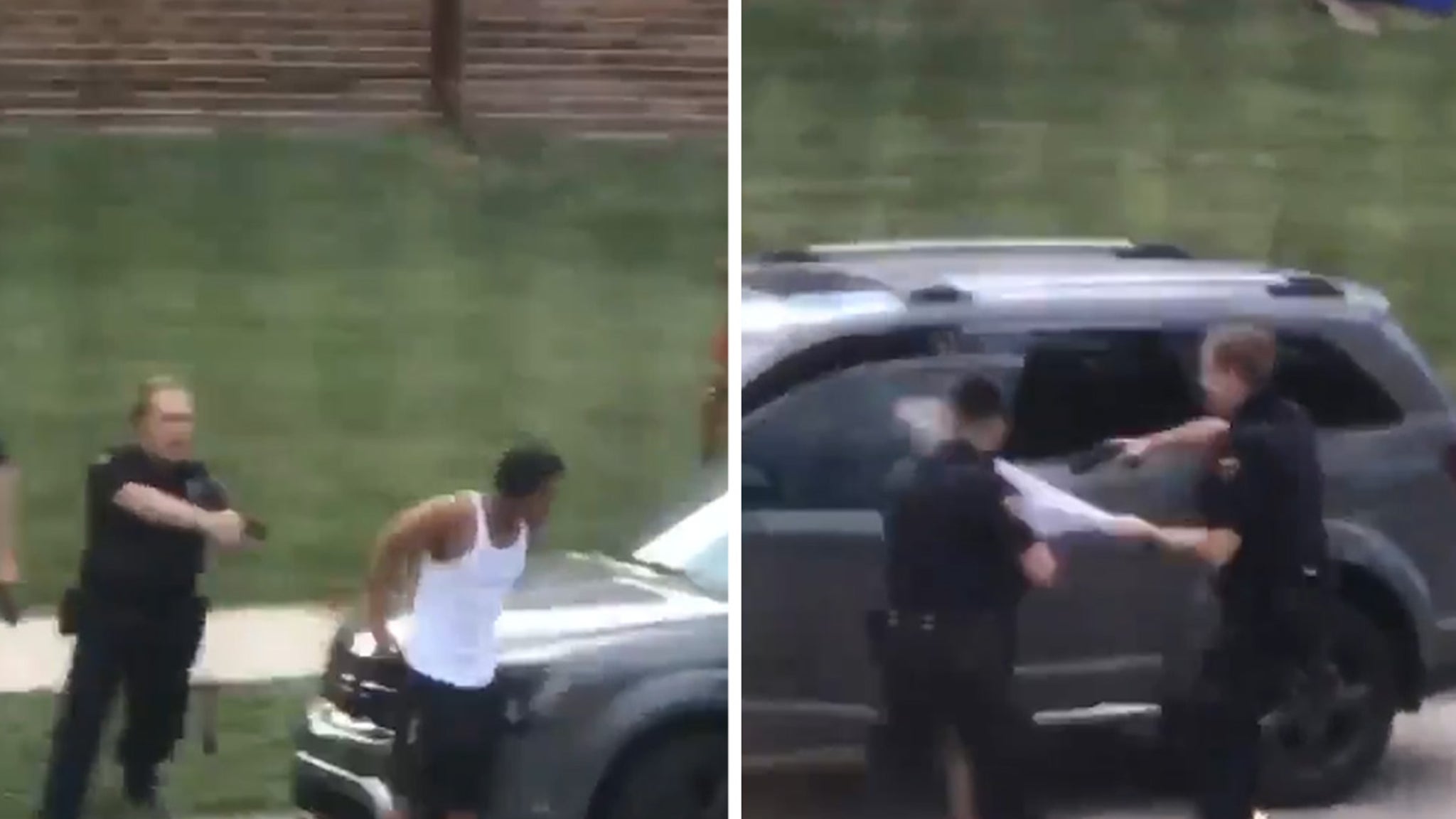 A white police officer in Kenosha, Wisconsin opened fire on an unarmed Black man who was simply walking away from him — shooting him point-blank seven times … and it’s all on video.

The officer-involved shooting went down Sunday near 40th and 28th Avenue — where witnesses say the victim was simply breaking up a fight when cops were called to the scene. It’s unclear what unfolded from there, but this video captures the crucial 20 seconds.

You see the man walking away from a few officers … who appear to be telling him to stop, with guns drawn. He makes his away around a car in a non-threatening manner, he opens the door and attempts to get inside. One of the cops grabs hold of his shirt, and for some inexplicable reason he unloads seven rounds at arm’s length. The victim was flown to a hospital and has been listed as being in serious condition.

A protest is happening now after a domestic incident turned into an officer-involved shooting in #Kenosha at 40th St. & 28th Ave.

Police confirm one person is in serious condition.

People on scene say the apparent victim is a man, and father. @CBS58 pic.twitter.com/jsg2ANSD28

Protests are now growing by the minute. Many are demanding the swift arrest of the officer who fired the shots.

While the situation is still very fluid, it seems an outright inexcusable act of police brutality. Even if the man was disobeying orders, he was non-violent, non-threatening, unarmed and there was no attempt to subdue him in the vehicle.

According to reports on the ground, the state Department of Justice is already taking over the investigation. Kenosha PD, for its part, says officers on the scene provided immediate aid — but also note that they instantly transferred the case to outside agencies.

The Ark Sneak Peek: Watch the Action-Packed First Five Minutes
On the Use of ‘UAP’ … and Speaking of Which: The First-in-a-while Academic Conference on the Subject of UAP Studies – …
Country Music Memories: The Chicks Debut ‘Wide Open Spaces’
Album Review: Fucked Up, ‘One Day’
Here are the 2023 Newbery, Caldecott, and Printz Award Winners