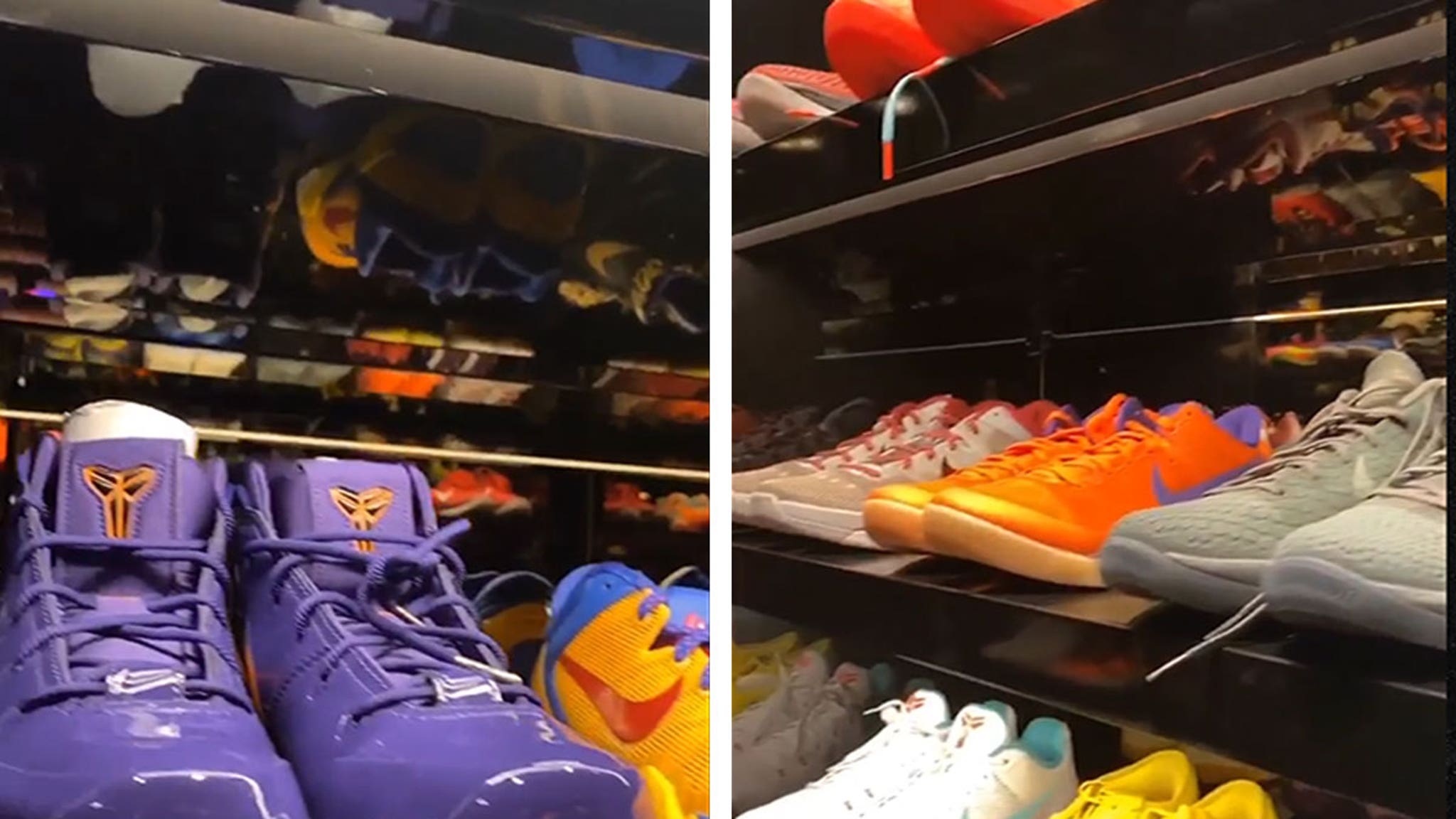 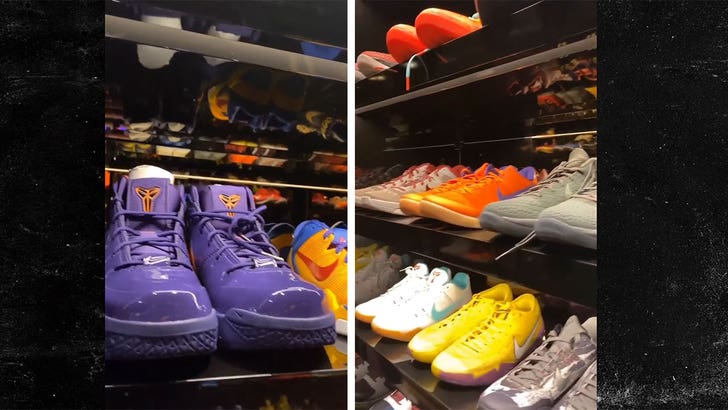 Drake is paying tribute to Kobe Bryant on 8/24 by showing off his huge Black Mamba shoe collection … and his closet  legit looks like a real-life Foot Locker!!!

The shoe closet at Drake’s Toronto compound is legendary — it’s the same place where he’s got an entire basketball court with Kobe’s #8 and #24 displayed on the walls.

So, on Kobe Bryant Day, Drake treated his fans to a tour of his Kobe shoe collection — with appears to include 90 pairs of KB kicks. 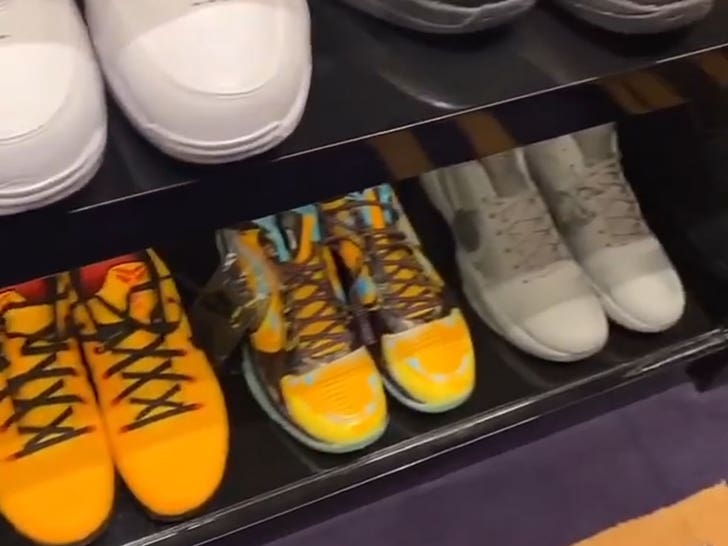 He also has multiple versions of the Kobe 8s … including the Venice Beach, Python and the WTKs, with the latter currently valued at more than $1,000 a pair.

We noticed there weren’t any kicks from Kobe’s Adidas days on Drake’s shelf. Remember, the Kobe 2 was widely panned by shoe critics back in the day — and the shoe played a major role in Bryant leaving Adidas for Nike.

Kobe would have turned 42 on Sunday.