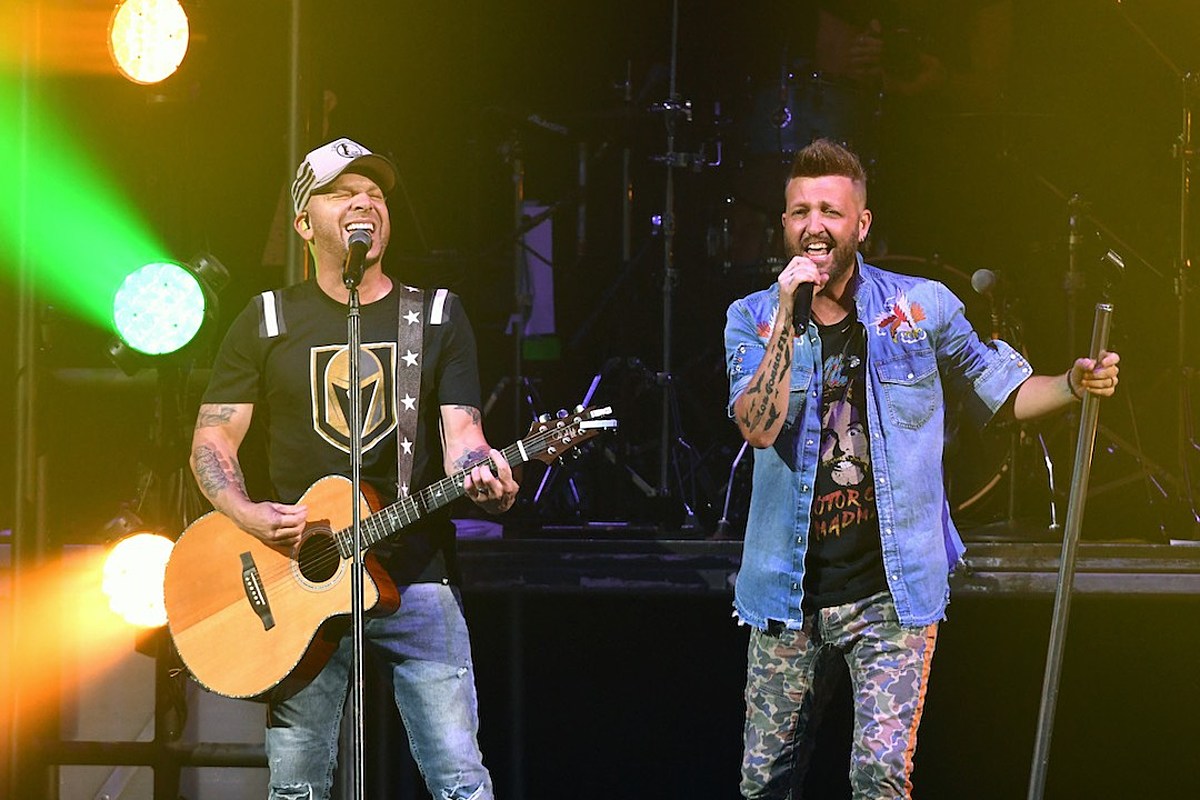 As Kenny Rogers and Dolly Parton once sang, you can’t make old friends. Now, LoCash put their own spin on that idea — and raise a glass to it — in their new single, “Beers to Catch Up On.”

There are some friendships that never change. No matter how many years it’s been since the last time you saw each other, you’ll slip back into the same easy conversation as soon as you reunite. That’s the kind of relationship the duo is celebrating in their new song.

The first verse begins with an out-of-the-blue phone call from a friend who’s on their way back into town. Soon, the two pals find themselves tearing up their little town just like they used to, despite the fact that they haven’t spoken in years.

Heartwarming, anthemic odes to the good life are what LoCash do best, and “Beers to Catch Up On” is no exception. Coming off the duo’s recent Brothers album, the song falls very much in line with the theme behind previous single, “One Big Country Song.” That song zoomed out to show the big picture of small-town life around the world; this time around, though, “Beers to Catch Up On” focuses on all the little, evocative details that make an old friendship pass the test of time.

Still, the song holds the same universal appeal that shows up in so many of LoCash’s songs: No matter who you are, you’ve likely got an old friend that comes to mind when you listen to the lyrics of “Beers to Catch Up On.”

As they navigate the COVID-19 pandemic, LoCash aren’t just figuring out when they can resume touring: Bandmate Chris Lucas is also trying to nail down when the right time is to send his kids back to school.

LOOK: The Top Country Songs of the 2000s

LoCash’s “Beers to Catch Up On” Lyrics:

I got a call out of the blue / From an old buddy I knew in school / And the second I heard his voice I went straight back / To that Bronco, in them Kent Woods / On a Friday night, up to no good / I said, ‘I don’t know if you’re around / But I’m 50 miles out of town …’

We got miles of backroads that need a little tearing up / We got some good times, we need a rewind / Back to the way it was / I got some 12-ounce, small-town memories / Man, it’s been too long / We got some years, we got some beers to catch up on

We can wet us a line, call up all them old boys tonight / Raise us a little Cain like we used to / When we’d play all of them Hank songs / And them hangovers didn’t last long / So come on, pull your boots on / It ain’t far from yesterday

Bunch of hell yeah / Bunch of back when / What ya say we take it right there again / Buddy, jump on in