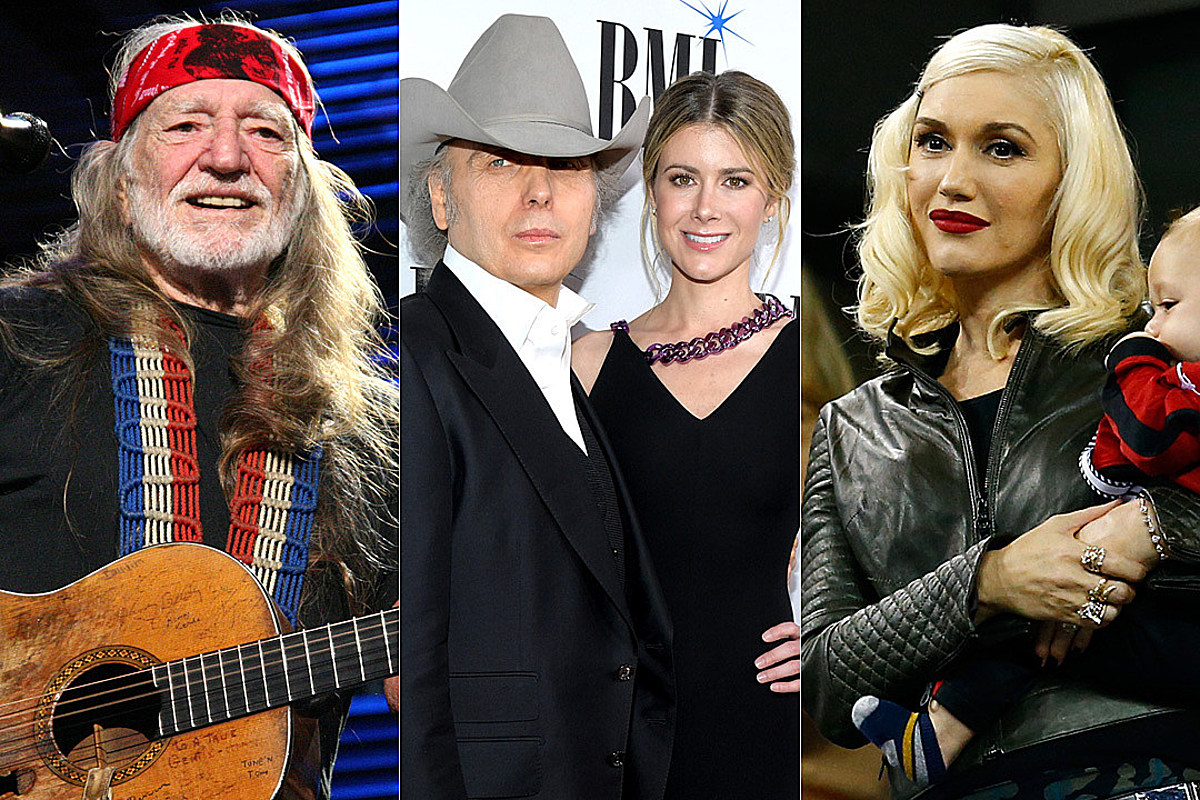 Dwight Yoakam became a first-time father at an age when many dads are looking forward to getting their kids out of the house, but he’s hardly an anomaly in country music. There are at least 10 more singers who had children much later in life, including three who were past 60!

Listed below are the most notable, late-in-life pregnancies. When Sammy Kershaw shared he was going to be a father, we noticed. When Willie Nelson and Merle Haggard revealed their wives were pregnant again, it was remarkable. When Kenny Rogers revealed that his wife was expecting twins — well, we kind of wanted to send the late Country Music Hall of Famer some Icy Hot, or at least a year’s supply of Tylenol.

Blake Shelton‘s girlfriend Gwen Stefani makes the list, as do a number of artists who have revealed pregnancies or had babies in 2019 and 2020. Clay Walker shows no signs of slowing down as he passes 50 years old. Rhett Akins just made Thomas Rhett‘s kids aunties when his wife gave birth (the math on that is difficult, so just trust us).

This list of stars who had children later in life (after 40, 50 and even 60 years old) is organized from youngest to oldest. There are no septuagenarians listed (yet), but singers like Kershaw and Yoakam have plenty of time: