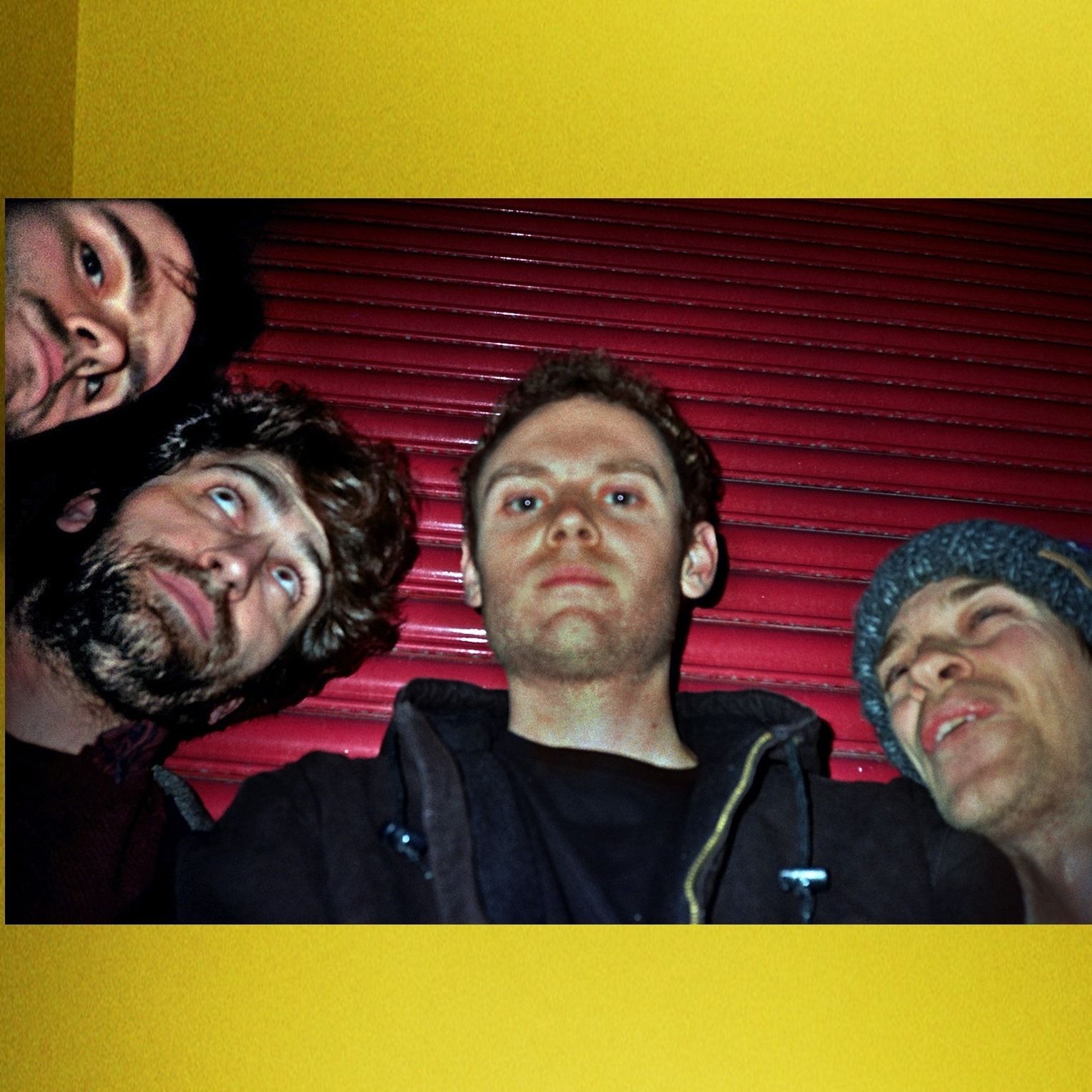 Zooni are a Brighton-based art-rock outfit comprised of Peter Martin, George Godwin, Matt Glasbey, and Ben Clark. Emerging with a series of delicately gorgeous singles last year leading up to the release of their debut self-tited EP, the quartet have developed a close partnership with producer Charlie Andrew, best known for his Mercury-winning work with fellow indie rockers alt-J; like that band, Zooni’s music trades in a tasteful blend of atmospheric textures, agile beats, and ethereal melodies, all of which coalesce on their recently released second EP, Familiar Ground. Propelled by angular guitarwork and a shimmying beat, opener ‘Dissolve’ keeps whirling around Martin’s falsetto vocals before fading into the background, giving way to the mesmerizingly dark ‘The Detail’. The self-consciously anxious musings of ‘Cascara’ recall Hail to the Thief-era Radiohead, while the title track is a wonderfully arresting, near-transcendent capstone to this promising new outing for the group. “You’re always on the cusp of something great,” Martin sings on ‘Cascara’. As long as Zooni continue to hone and expand their sound, “on the cusp” probably won’t be a fitting description for that long.

We caught up with Peter and George of Zooni for this edition of our Artist Spotlight series, where we showcase up-and-coming artists and give them a chance to talk about their music.

How did you form Zooni?

Peter: Me and George met at uni and started mucking about on acoustic guitars together. Then a couple years later we hooked up with Matt and Ben to make our controversial but ultimately celebrated transition to electric rock and roll.

Who are some of your influences, both individually and as a group?

Peter: I’m a piano teacher and like getting my rocks off to bit of Chopin and Bartok so I think influences the way I think about chords and progressions. As a band we’re all into lots of world music – Latin American and Indian rhythms especially – and just lovely broody alt rock bands like Grizzly Bear and Warpaint.

What led you to this particular blend of sounds on Familiar Ground?

Peter: We wanted to avoid using computer plugins and limit ourselves to messing around with the outboard gear we had at our disposal. Therefore certain bits of kit like the Roland Space Echo feature on all the tracks and hopefully put them all in a similar sonic environment. We haven’t been playing together as a band for all that long so I think we also just wanted to try to capture what we sound like playing together as a band and see how that works as a studio recording.

How was the process of writing and recording the project?

Peter: It was really fun! ‘Cascara’ was especially exciting because it was a brand new song we’d just jammed up together a month or so before we came to record. The recording process itself was great – getting to work with Charlie was super exciting and his enthusiasm and guiding influence spared us a lot of the hair pulling and beard scratching we have often experienced in the studio. Having our bassist Matt as co-producer was also really cool because it felt nice and close to home – like we were just fiddling away together as a band as we do when we make our demos.

How do you feel now that the EP is out?

Peter: Pretty goooooooood! I’ve had lots of nice feedback about it from people which, in the absence of doing gigs and getting feedback that way, has been big help for me keeping my wits about me to keep writing at the moment.

Could you talk a little bit about the cover artwork? How do you feel it relates to the music?

George: I like to do the artwork at the same time as writing demos so it comes from a similar space. I’ll often go through phases of working with one particular medium and just stick with it for a while and see what happens. In this case it was just colouring pencils so I guess that influenced how and what I was sketching at the time – lots of eyeless pencil characters! I’m a big fan of artists like Seymour Chwast, Roland Topor and George Dunning. Their work is very funny and surreal. I like how they use colour and how simple and absurd their ideas can be.

What are your plans for the future?

Peter: Record an album ready for next Summer!!! (And meanwhile convince Radio 6 Music they are missing out not getting on the Zooni train.)

Familiar Ground EP is out now via Square Leg Records.