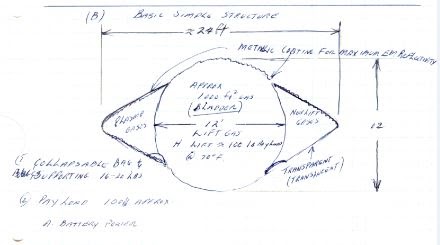 In a blog post dated 22 September 2020, I had a look at a UFO project undertaken by a group within the McDonnell Douglas Corporation, in the timeframe 1967-1970.

At one point in the post, I quoted from the October 2008 (pp3-8) issue of the MUFON Journal. Author Robert M Wood, wrote:

“The only contact with the government about the Project came towards the end of the spring of 1970 when there was interest expressed by one of the intelligence agencies. This resulted in a draft proposal to “mimic, imitate or duplicate the observables associated with UFOs.” We called this potential opportunity Project Skylite, and prepared a good deal of technical information in anticipation of contract work. It never materialized with McDonnell Douglas to my knowledge.” 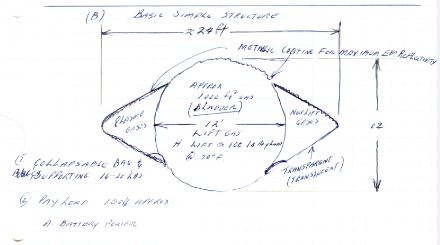 In that post I mentioned that I had looked for documentation concerning Project Skylite, imagining it to be a continuation, or extension of the 1967-1970 project. But what intelligence agency was involved, and what was their agenda? So, I put a call out to blog readers to see if anyone could assist with further information.

Researcher Louis Taylor responded that not only did he know of the project but that he had some documentation. Louis has kindly scanned 30 pages and uploaded them. 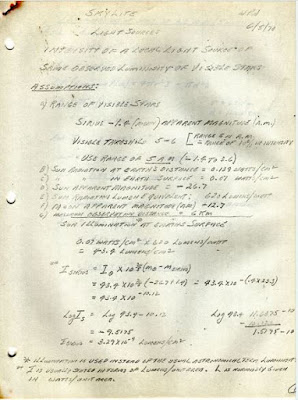 Louis advises that the material was hand written between May and June 1970 by McDonnell Douglas  UFO project employee Paul Wilson. “Paul Wilson did not draft these write-ups as official Douglas draft proposals, at least as far as I can deduce from what I have of his…”

Louis also advised that he had not previously uploaded the documents “…due to their perceived lack of relevance at that time. The focus of this material is the simulation of a UFO incident using weather balloons that carried lights and devices producing ultrasonic noise and magnetic fields…In any case, this material was all about staging a hoax event rather than the study of the phenomenon and its technology.”

The 30 pages of documents are hand written, and some are hard to read in part; but they do provide a look at an intriguing project which was apparently of interest to one of the U.S. intelligence agencies in 1970.

In the document titled “Work statement” we read:

Assume that at some stage it will be desirable to simulate characteristics either in the air or on the ground. Objective of study is to compare benefits with (?) cost for the simulation.”