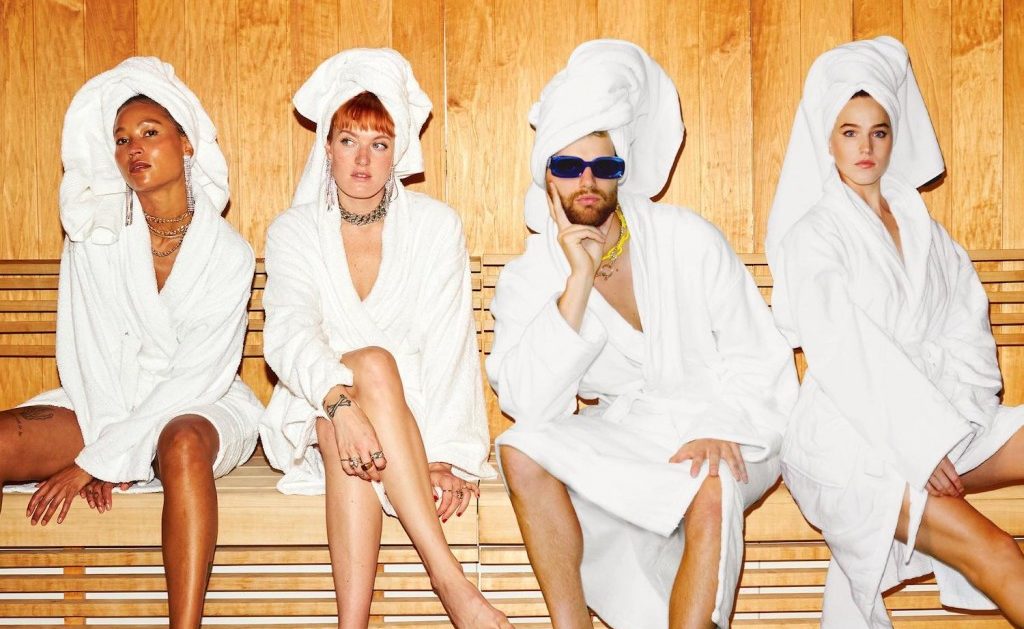 SOFI TUKKER, aka Sophie Hawley-Weld and Tucker Halpern, have teamed up with Icona Pop for a new single called ‘Spa’. It marks the first collaboration between the two electronic duos. Check it out below.

Of working with Icona Pop, SOFI TUKKER said in a statement: “There’s nothing like making a song with friends we love and admire. We had so much fun in the studio with Icona Pop making this track. We hope people can feel the joy and giddiness and ridiculousness that we all felt while making it. Even though we miss the club now more than ever, there’s also never been such an important time for self care. Put some cuces on your eyes.”

Icona Pop’s Caroline Hjelt and Aino Jawo added: “We’ve been huge fans of SOFI TUKKER for a long time and doing this collaboration was really a dream. It was pure creative happiness in the studio and even though it was our first time working together it all felt so natural. This song is weird in the very best way and we hope that people can have a rave spa at home while listening to it.”

Last month, SOFI TUKKER shared another collaborative single with Novak and YAX.X titled ‘Emergency’. Back in May, they linked up with Gorgon City for ‘House Arrest’.