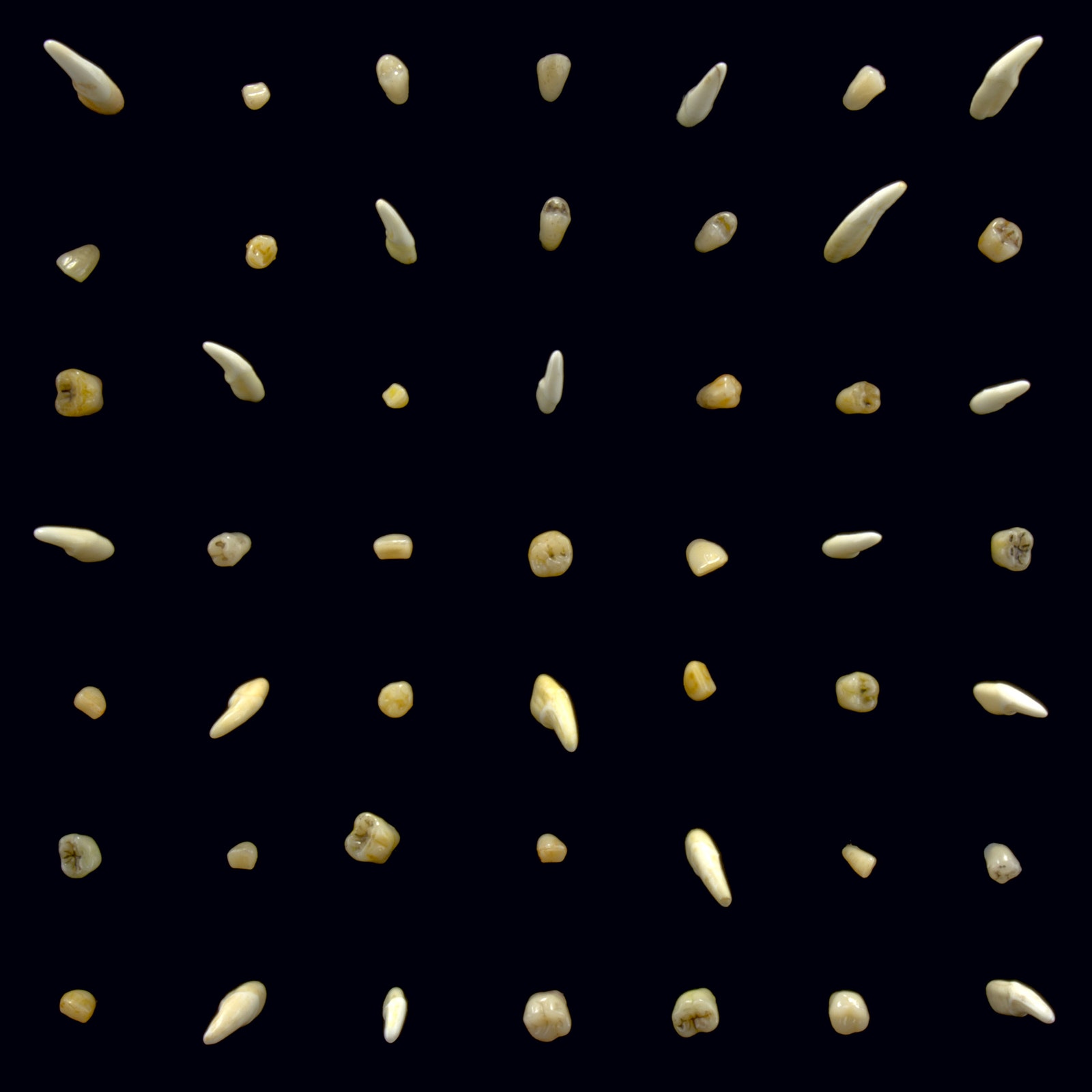 In case the near–identical album covers weren’t already a dead giveaway, clipping.’s new record is clearly cut from the same cloth as last year’s excellent There Existed an Addiction to Blood. Releasing an album inspired by all things horror right before Halloween might sound like an obvious strategic move, but Visions of Bodies Being Burned – less a sequel than part two of the same project – was originally supposed to come out just months after its predecessor before being pushed back due the coronavirus pandemic. More than just a collection of outtakes from those original recording sessions, Visions is a fully-fleshed, bloodcurdling extension of the experimental hip-hop trio foray into horrorcore, fuelled by rapper Daveed Diggs’ masterfully crafted flows and mood-setting, borderline brain-melting production from Jonathan Snipes and William Huston.

What’s long made clipping. stand out from their contemporaries in the genre is their ability to match sonic abrasion with a propensity for high-concept drama. On Visions, any sense of narrative might be somewhat fragmented and loose – Diggs fills much of that space with references that require an encyclopaedic knowledge of both rap and horror to really unpack – but the album’s filmic presentation is enough to evoke the most basic elements of a story. From the intro to the various interludes that are interspersed throughout its 52-minute runtime, clipping. are more than adept at deploying negative space to ratchet up the tension, which makes some of the more hard-hitting moments like the dynamic ‘Say the Name’ or the Cam and China-featuring ’’96 Neve Campbell’ all the more gripping.

On the whole, Visions is noisier and less immediate than its predecessor; the screeching feedback on ‘Make Them Dead’, for instance, sounds like the musical equivalent of having your mind melted into a liquid state, while ‘Something Underneath’ careens from brooding dark ambience to thundering percussion as it reacts to Diggs’ acrobatic flow. On ‘She Bad’, the Gothic image of “200 years of rust on the gate” is brought (back) to life by a ghostly, three-dimensional instrumental that ambles about with eerie deliberation before Diggs’ distant echo of a voice declares, “What you see in the static​/ When your eyes adjust/ In the blink of an eye and your mind was dust.” It’s not the only moment that feels like losing control of your own body and being guided into the shadows by some unknown force. When the majority of album tends to leave you wandering alone in some kind of endless abyss, even cuts like the punchy ‘Check the Lock’ or the virulent ‘Looking Like Meat’ featuring Ho99o9 take on the semblance of accessibility.

It might not end with an 18-minute track consisting entirely of the sound of a burning piano (this album’s ambient closer, a recording of a forest scored by Yoko Ono, is considerably shorter), but Visions’ slow-percolating nature may distance listeners who are looking for something a little less alienating. But Diggs’ lyrical detachment, which often leads to some darkly funny lines (“Fuck them alters and headstones/ Who they think all them flowers for/ Can’t smell nothing you just bones,” he quips on ‘Pain Everyday’), is key to understanding the album’s underlying theme: a meaningless existence is far more horrifying than a meaningless death. Visions doesn’t belong to the cheap brand of horror whose purpose is to fill that emptiness, but to the kind that serves to accentuate it. “The things you dreamed in lieu of all the hells were just imagination,” Diggs raps on ‘Enlacing’, “’Cause you couldn’t bear to see the limit of yourself for what it was.” It’s a strikingly grim yet powerful closing statement from one of rap’s most boundary-pushing and imaginative groups.