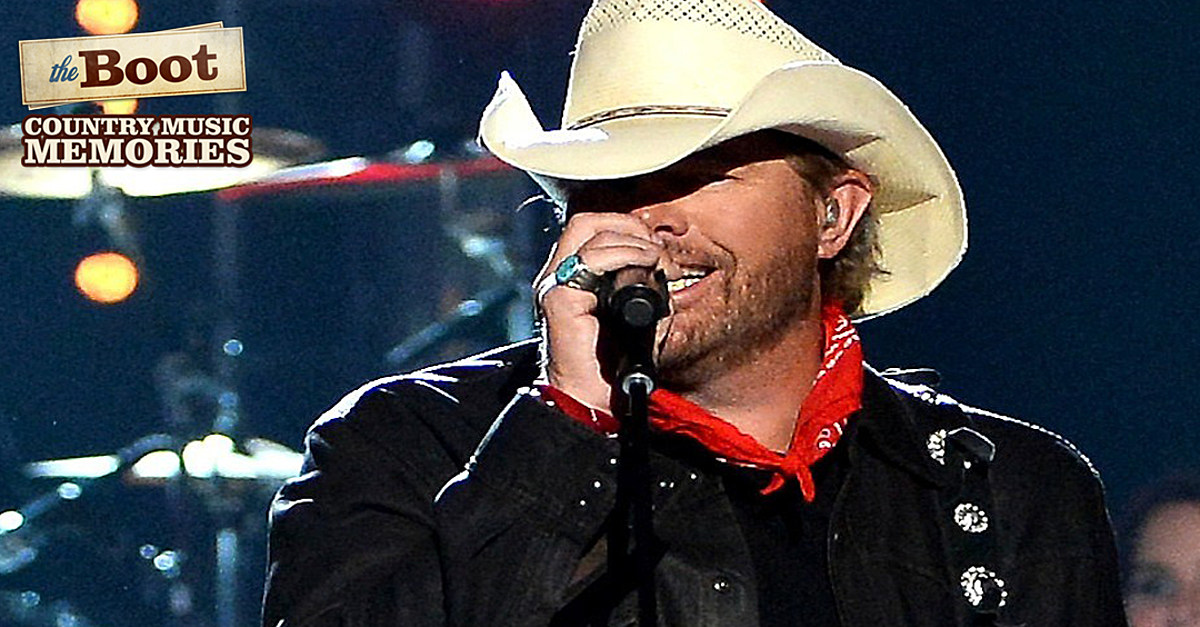 Seventeen years ago today (Nov. 15, 2003), Toby Keith earned his 12th No. 1 single with “I Love This Bar,” but chances are good that he had no idea just how much the song would affect his life.

Written by Keith and Scotty Emerick, “I Love This Bar” describes the patrons of a local bar, who include “winners, losers, chain smokers and boozers.” It was accompanied by a music video shot at a bar in Chatsworth, Calif., called the Cowboy Palace Saloon.

“I Love This Bar,” which was the debut single from Keith’s Shock’n Y’all album, stayed at the top of the charts for a total of five weeks. But more importantly, it spawned an entirely new business for the singer, who launched his own restaurant chain, Toby Keith’s I Love This Bar & Grill; Keith opened the first one in his home state of Oklahoma in 2005.

Still, Keith insists that his first focus is still making music: ”I definitely didn’t get into this business to open restaurants,” he tells CMT.

This story was originally written by Gayle Thompson, and revised by Annie Zaleski.

WATCH: How Well Do You REALLY Know Toby Keith?