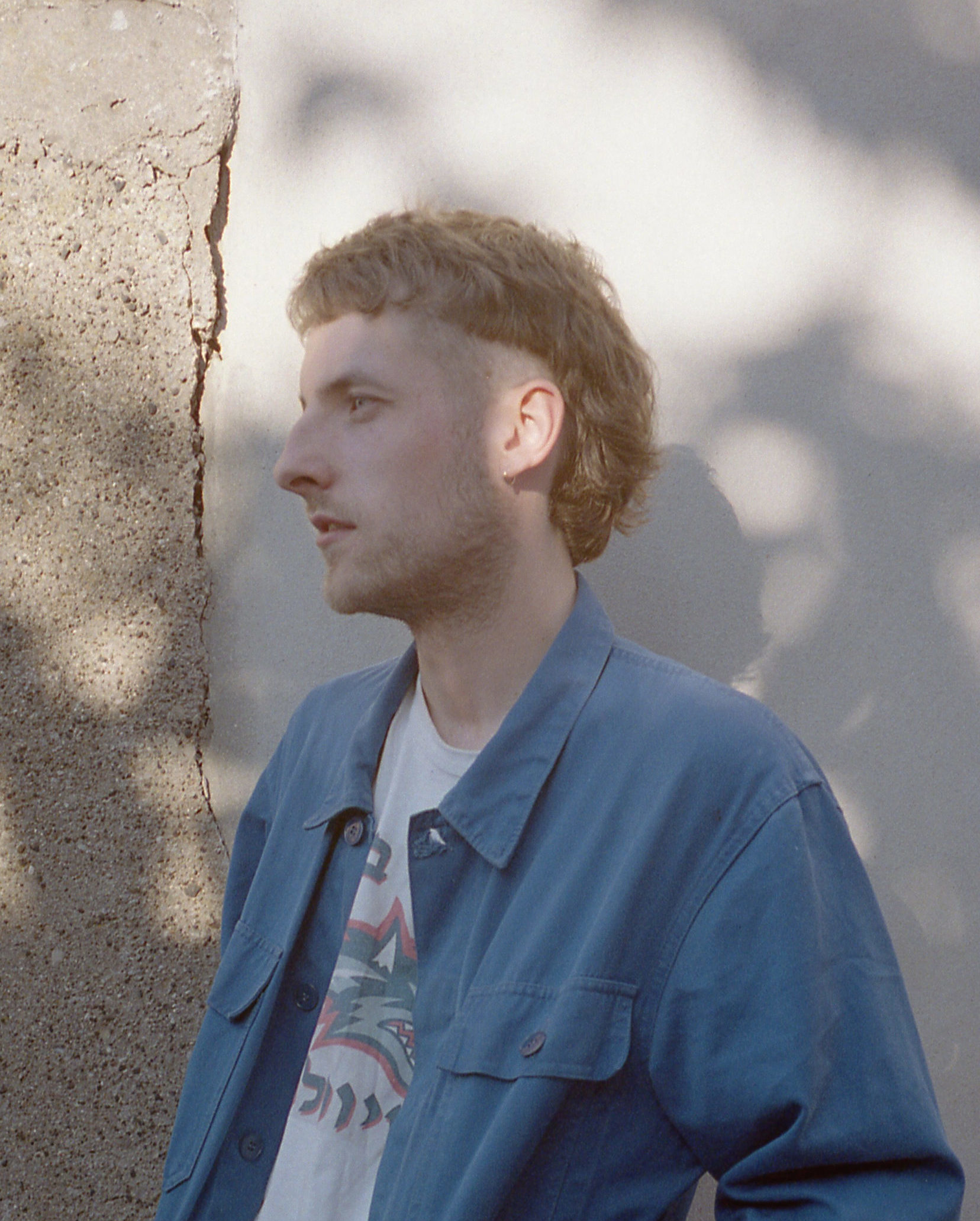 Like many young musicians, Dublin-based multi-instrumentalist Ev Carm spent much of his teenage years dreaming about making his first album. But it was only after he left that romanticized vision behind and decided to take a hiatus from consciously working on music that his debut full-length project, Awake, began to take shape – which is perhaps part of the reason why its ambient folk textures feel so natural and effortless. Hovering between the conscious and the unconscious as it shifts between gorgeously intimate songs and tentative yet expansive instrumental compositions, the record echoes the hushed vulnerability of an act like the Antlers while also displaying a penchant for a similar kind of elusive yet poignant storytelling. Its narrator runs into the night looking for a certain someone on ‘Looking for You’, but the boundaries between dreams and reality soon become blurry: “I’m dreaming when I’m talking/ Dreaming when I stare/ Out the window of our office/ At a place that isn’t there,” he whispers on the heart-wrenchingly gentle ‘Laugh Again’. Certain motifs emerge: on ‘Alone’, he recalls the sheets being ripped away; on the title track, it’s his heart he fears has been ripped in two. He’s constantly moving away from or towards something, and the songs themselves keep spinning around a central axis that feels like it could dissolve at any moment. By the end of the penultimate track, ‘Just Time’, he seems to have found comfort in stillness: “Don’t move/ And don’t breathe/ Just take it all in/ The last of what once was here.”

We caught up with Ev Carm for this edition of our Artist Spotlight series, where we showcase up-and-coming artists and give them a chance to talk about their music.

What inspired you to start making music?

I can’t really be sure. For as long as I can remember all I wanted was to play the guitar. I
begged my parents for years and years for a guitar and finally when I was around 10 they relented. As to why I wanted a guitar from such a young age, I grew up around a lot of music.

My earliest memory is my cousin Dylan & I singing the Batman theme song in my Nana’s kitchen for all my family. It’s just all I’ve ever wanted to do.

Who is an artist that changed the way you think about music?

Discovering Captain Beefheart really changed the whole way I approached music. Hearing Trout Mask Replica for the first time as a teenager, I, like many people, thought it was the worst thing I had ever heard. For some reason though, I couldn’t stop thinking about it, and revisiting it. Growing up I had only been really interested in the melody of music, the hooks, licks, riffs. Falling in love with that album made me reconsider what music could and should be, and how many ways there were to express yourself within pop music beyond having a pretty hook. It’s one of the ugliest, most confusing, and engaging listening experiences, and allowed me to realize new avenues of self expression.

There seems to be a clear narrative running throughout Awake. Would you describe it as a concept album, and what was the original inspiration behind it?

I wouldn’t necessarily call the record a concept album, but I do think most of the songs
are thematically linked. The original inspiration for making the album was giving up on
making an album. I had been overthinking music for years and stifling myself in the process, and about 2 years ago I made a conscious decision not to work on anything unless I really wanted to, and not to think about a music career at all. For the first year I practically didn’t work on anything at all. After a while I started experimenting with working out some ideas that had started floating through my head, different viewpoints I wanted to explore lyrically, and sounds I was hearing that I wanted to capture. I just worked on the songs because I wanted to try out the new ideas in my head, and around February I looked at everything I was working on and realised I had made a record without realizing.

There are some fully instrumental tracks interspersed throughout the album. I’m curious if you approached these any differently compared to the rest of the songs, in terms of the creative process?

The instrumental tracks were about trying to reflect the energy of the places I was going
to in the lyrics for the record, to try and make them almost sound like a memory of the other songs. All the instrumental tracks were much more stream of consciousness. I’d say around 90% of the instrumentals are composed of first takes. I would just hit record and build and build until I thought I had gotten where I needed to be. The only problem is I only played them once, I can’t remember how to play them.

Was making the record in any way cathartic for you? How do you feel now that it’s been out for a while?

Making this record helped me regain confidence in my work. It taught me to love
working again for the sake of it. I had been caught up in worrying if my work was good
enough. I realized if I had fun making it, liked listening to it, and felt like I had explored the ideas I wanted to explore as well as I could at that time, what was wrong with that? Since it’s been out the feedback has been really nice. A lot of people have said some very nice things about it which has warmed my heart.

‘Just Time’ ends with the lines, “Some things never change/ But most of them always do.” Why did you choose these to be the final words on the album?

Honestly, I just thought that was the best note to end the record on.

Awake is out now via andfriends records.

Laine Hardy Shines on Acoustic ‘Please Come Home for Christmas’
Dillon Carmichael’s ‘Hot Beer’ Is Much Better Than It Sounds
Michael B. Jordan, Lori Harvey Land in ATL Together Pre-Thanksgiving
Hal Ketchum, Nineties Country Singer of ‘Small Town Saturday Night,’ Dead at 67
7 Shows Like Supernatural to Watch to Ease the Pain of No More Supernatural