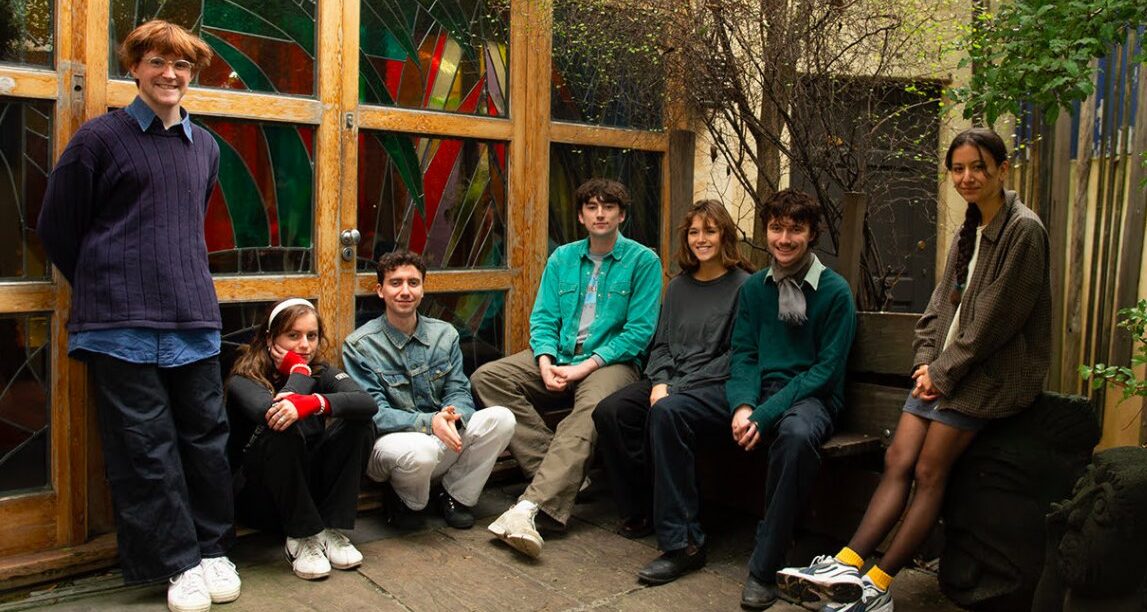 Black Country, New Road have shared a new song titled ‘Track X’. It’s the latest single from the London band’s upcoming debut album, For The First Time. Check it out below, alongside a video directed by Bart Price.

““Track X” is a song we first worked on in 2018 but one that never made it out into our live performances,” bandleader Isaac Wood explained in a statement. “We decided to resurrect it during the recording of For The First Time and assemble it in the studio. The story is old but a good one and worth telling. We believe that people will enjoy singing along.”

Price added: “The music video for ‘Track X’ is about nostalgia for being a kid and happy times with family, stupid moments with friends like feeding Cheetos to a giant horde of birds in a Walmart parking lot, and for Tumblr and YouTube videos of cats. But at the same time balanced with this is a comment on the transience of the past, like with the shots of the abandoned houses, and a sense that maybe what we remember isn’t quite real, like the idealised stock footage. I wanted to combine all of those emotions and thoughts together and make a 2000s style American home video.”

For The First Time is due out on February 5 via Ninja Tune and includes the previously released single ‘Science Fair’. To celebrate the release of the album, Black Country, New Road have also announced details of a new London headline show at Queen Elizabeth Hall – Southbank Centre on March 6, which will be livestreamed globally. Tickets are available here.