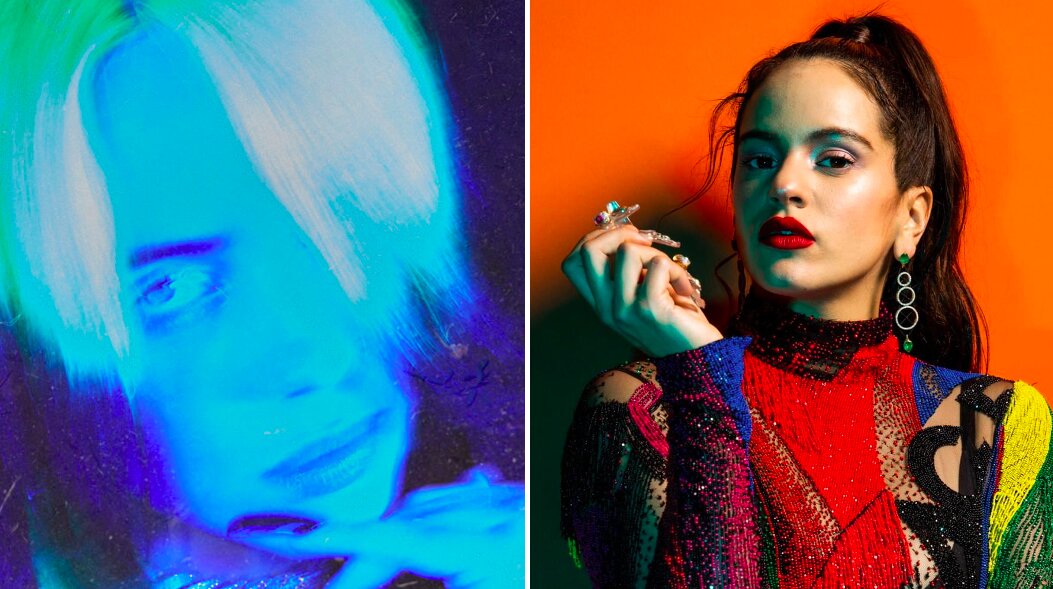 Billie Eilish and Rosalía have announced a new collaborative track. The song, titled ‘Lo Vas a Olvidar’, is dropping this Thursday (January 21) and will be part of Euphoria’s ‘Part Two: Jules’ soundtrack. A teaser of the episode on social media features a preview of the track – check it out below, along with Eilish and Rosalía’s announcements.

“You guys have been waiting for this,” Eilish captioned her post on Instagram. Rosalía has been teasing her collaboration with Eilish for almost two years; back in March 2019, she tweeted out “can’t wait to finish our song” along with a photo of the pair. The following April, she said in an interview with Zane Lowe: “I think it’s getting quite close… I finished the arrangements. I feel like the production, the sound design is almost done, so I just need Billie to send the vocals and they send me the ideas that they want to add because we are there.”

In 2020, Rosalia released the tracks ‘Dolerme’, ‘Juro Que’, and ‘TKN’ and featured on a recent remix of the Weekend’s ‘Blinding Lights’. Last week, Billie Eilish announced a self-titled photo book and companion audiobook documenting her life “from childhood up until now.”

Billie and @Rosalia – “Lo Vas A Olvidar”
For @EuphoriaHBO
Song and music video out on 1/21/21 at 9am PT pic.twitter.com/7m6kaos1fQ

All You Need To Know About The Black Diamond
A. G. Cook Remixes Perfume Genius’ ‘Describe’
Amazon Wakes Up In the Middle of “The Devil’s Hour”
6 Dr. Seuss Books to Cease Publication for Racist Images
Top 40 Country Songs for March 2021