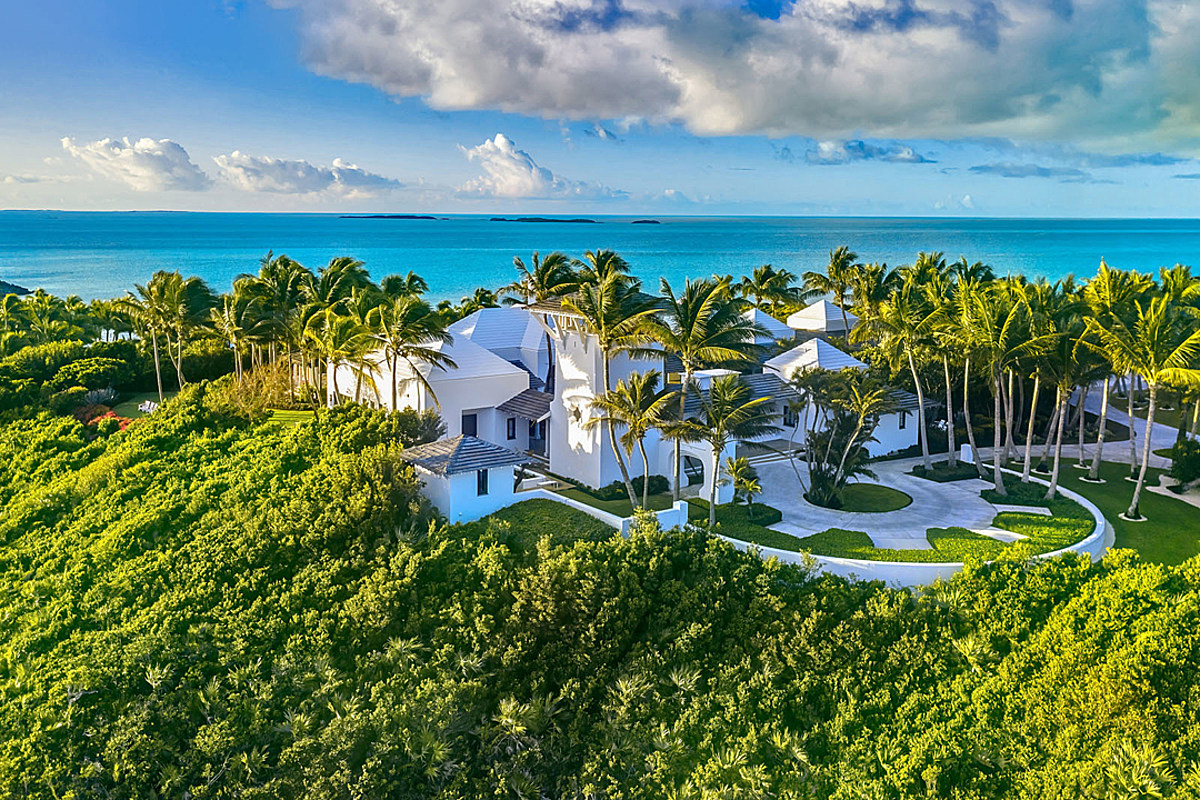 Tim McGraw and Faith Hill‘s private island estate in the Bahamas has gone on the market, and it could be yours — that is, if you’ve got $35 million to spend.

The couple bought an island in the Bahamas called L’île d’Anges in 2003, according to Architectural Digest, but they did not move into their home there until 2012. They told the magazine that the building project turned out to be quite a bit more extensive of an undertaking than they had initially anticipated. They ended up having to build housing for the construction staff, and then they had to create infrastructure for construction crews, including electricity and water.

The couple and their three daughters used to vacation on the island and stay in yurts while their spectacular main residence was under construction, and the listing from Knight Frank includes the two beachfront yurts, three staff houses, engineering facilities and mechanical storage, as well as a private dock.

The main house is situated on a high point near the center of the island to provide the most sweeping views of its pristine beauty. The awe-inspiring mansion consists of 6,517 square feet, with nearly 5,000 additional square feet of covered verandas and open hallways that connect the eight individual “pods” of the main house.

Those pods center around an internal courtyard, and the property also features a soaring great room, while the living room opens directly onto a pool terrace The master bedroom is a suite with its own massive closet and bathroom, and there are three other bedrooms, one of which is designed as a kids’ dorm with bunkbeds and two bathrooms. There are a total of five bathrooms in the residence, which is built to take the most advantage of the indoor-outdoor lifestyle the area affords.

L’île d’Anges, which is also referred to as Goat Cay, comprises 19.77 acres and offers nearly 1.3 miles of waterfront property. It’s unclear from the listing if McGraw and Hill still own the property currently, or if the island is being listed on behalf of another party.

The superstar country couple are no strangers to luxury living. They have also owned an 11,000-square-foot, six-bedroom, nine-bathroom mansion in Beverly Hills, which they sold for $9.5 million in 2009, as well as a lavish Nashville mansion that they sold in 2009. They continue to own a historic rural estate on a large piece of land in Leiper’s Fork, Tenn., in addition to their primary residence, which public records show is a five-bedroom, 10-bathroom, 22,460-square-foot home.

Scroll through the pictures below to see inside Tim McGraw and Faith Hill’s island paradise: