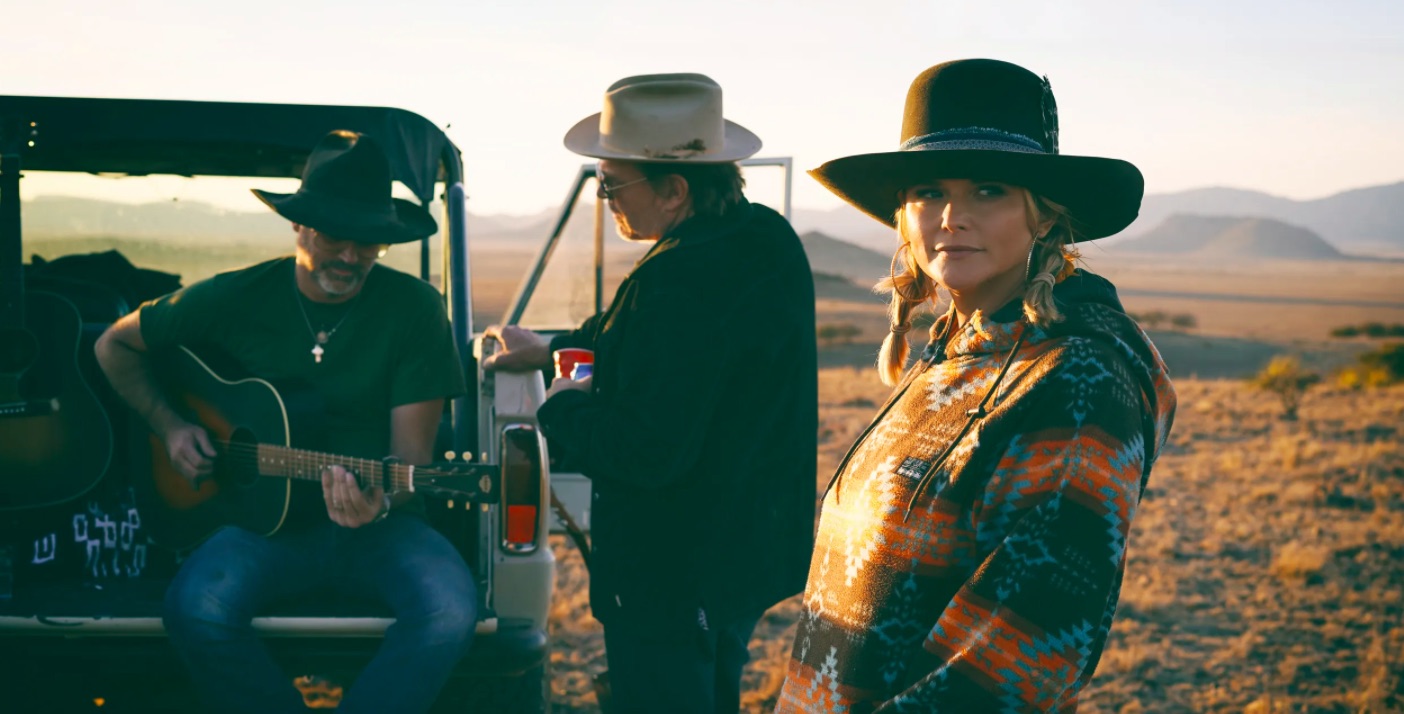 Miranda Lambert has announced a new collaborative album with singer-songwriters Jack Ingram and Jon Randall. It’s called The Marfa Tapes and it arrives May 7 via Vanner Records/RCA Nashville. Below, watch the video for new single ‘In His Arms’ and check out the full tracklist.

The Marfa Tapes is named after the small West Texas town where Ingram, Lambert, and Randall recorded its 15 songs. The album features new versions of ‘Tin Man’, from Lambert’s 2016 LP The Weight of These Wings, and ‘Tequila Does’, from 2019’s Wildcard.

Also this week, Lambert shared a collaboration with Elle King called ‘Drunk (And I Don’t Wanna Go Home)’. You can check that out below as well.